You are here: Home / Politics / Media / The Neocon Fainting Couch 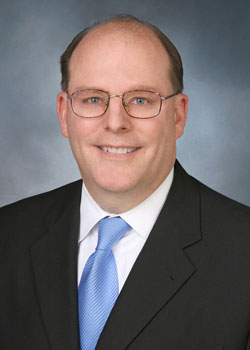 When we last visited steely-eyed warrior Peter Wehner, he was leading the chairborne rangers in an epic battle against George Will, who Wehner decided had grown weak at heart over Afghanistan. That was but a few weeks ago, but since then our valiant warrior has left the fields of battle and taken to the fainting couch:

The term “sister organizations” is important because it shows solidarity with a news organization under fierce attack by the White House. This is the kind of question one would hope to see when a president and his top aides target a news organization and then, for good measure, try to dictate to other news organizations what they should do, how they should act, and which stories they should follow. But so far, stunningly, the media — including the White House press corps — have mostly been quiescent. One might have expected more in the face of these extraordinary efforts at media intimidation and media control. If the situation were reversed, and a Republican White House were targeting an entire network in a similar fashion, criticisms, condemnations, and thundering editorials would be pouring forth; terms like “abuse of power” and “chilling effect” would be on the lips of virtually every reporter in America.

1.) Fox is not a news organization. Period.

2.) Fox news helped to organize and promote partisan political rallies, including situations in which their producers were caught rallying the crowds and their rabble was shouting down and ACTUALLY intimidating reporters from other networks.

3.) Fox is not a news organization. Period.

-Paying Armstrong Williams, Michael McManus, and Maggie Gallagher and others for favorable opinions about WH policies or to attack opponents of the WH.

-Used reporters to out a CIA agent, then sat by and watched reporters go to jail to protect their sources.

-Fed reporters misinformation about WMD in Iraq, then used those reporters stories as corroborating evidence of the existence of WMD in Iraq.

-waged a coordinated campaign against NBC.

-kicked all the NY Times reporters off of their planes.

-the Pentagon Pundit program, which sold the war by planting former military officers on networks. Uncovering this story earned a journalist the fucking Pulitzer.

-allowed Ari Fleischer to tell everyone (but directed at journalists) they needed to “watch what they say and what they do.”

And that is simply off the top of my head, and god only knows what lies and abuses Peter Wehner was responsible for while working at the Bush era Office of Strategic Initiatives. By comparison, the Obama White House has merely stated the obvious, which is that the Fox news is not a news organization.