I’m tired and cranky and it is rainy and crappy and I’m on day five of trying to grow a beard and it is itching like hell, so in order to preserve what remains of my sanity, tonight is an internet free night (kind of) and I will be watching Season 1 of Psych on Netflix.

Here’s a picture of you know who: 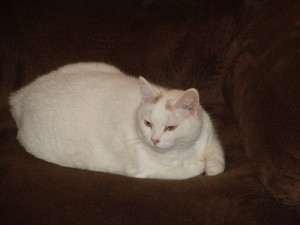