You are here: Home / Politics / Politicans / Black Jimmy Carter / But really, what has he done lately…

Somebody is so shrill that they put up a fun new site called “What the fuck has Obama done so far?”

Here is a sample of the well documented actions met with auto snark: 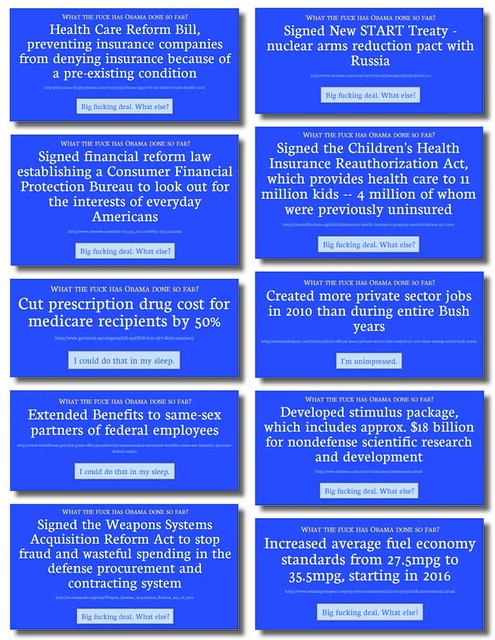 Sure, the record of accomplishments is long and significant, but did I mention that he is black.