You are here: Home / Music / One More Veterans/Armistice/Remembrance Day Post (the last, I promise): Concert Time

In my previous post on the last hours and minutes before 11:00 a.m. on November 11, 1918, I made mention of one song I thought captured some of the solid core of sorrow that lies within any memory of combat.

That led some commenters to start mentioning some songs that similarly moved them.  That led to some poetry, and then to talk of books (and even a suggestion for a Balloon Juice book club, which sounds good to me). 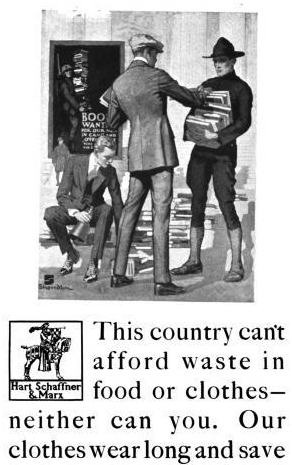 So, below, I’ve assembled a catalogue of all the songs mentioned. (I hope — shout if I missed one and I’ll get the link up.)  I haven’t dared start cataloguing the poetry, nor books, and all I’ll say here is that one of the works I can say for sure has never left me is Robert Graves’ Good-bye to All That.

Now here’s the challenge:  use the comment thread to add mention or links to stuff — anything, music, poetry, prose, film– that speaks to your sense of the meaning of 11/11.

Over the jump, and over to you:

So, here’s the one I touted last time:  That would have been:

[BTW:  apologies for links rather than players.  AnneLaurie has been the behind-the-scenes samaritan fixing all these for me as the FYWP gnomes afflict me here — and I didn’t have the gumption to ask her to dive into this long list.  So click and enjoy….]

That evoked  (in thread order), Country Joe and the Fish, via stuckinred with an attaboy from Omnes Omnibus and SadOldVet:

Which provoked MacsenMifune to point us to the Dropkick Murphy’s cover of a grand tune:

Now, here’s one from my 11/10 post on this theme, via LitlBritDifrnt.  It has the element of melancholy in it that is common to this type of song — but falls more on the Dulce et Decorum side of patriotic songs rather than on the antiwar half of the ledger:

Of course, there were several who made reference to this:

Then, late in the thread, New Yorker piped up with this link:

And thanks to Calouste at the tail end of the thread (as of this writing), we have this, whcih nowhat collection of war/antiwar songs should be without:

Almost done:  here are a couple more, omitted, by me and the commentariat.  First up, I heard this first on Springsteen’s early live album, but here’s Edwin Starr singing his song:

And then there is this one, part of the soundtrack of my childhood, as both brothers  sang this every summer in the San Francisco Boy’s Chorus.  It should be an Irishman singing it, but tell my you don’t want to hear Robeson:

Finally, from all those years growing up a DFH in Berkeley, CA, how could one omit:

If that’s not enough — here’s a bonus video break:  via El Cid, this lovely short documentary on the last day of the war presented by Michael Palin:

And from Comrade Mary, both the last scene and the making-of videos from the astonishing BBC comedy, Blackadder:

(And, just a reminder:  some folks in the prior post’s thread have started tossing poetry back and forth and trading fiction and memoir/history suggestions. Please put together our own communal anthology here, if so moved.)

Image:  John Sheridan, illustrator for a Hart Schaffner and Marx advertisement depicting a World War I book drive for soldiers. 1919.