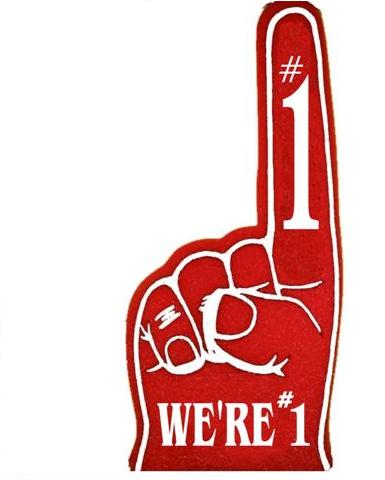 Even for the humble among us who try to avoid jingoistic outbursts, some national achievements are so grand that they merit a moment of pride and celebration:

US presence in Afghanistan as long as Soviet slog

The Soviet Union couldn’t win in Afghanistan, and now the United States is about to have something in common with that futile campaign: nine years, 50 days.

On Friday, the U.S.-led coalition will have been fighting in this South Asian country for as long as the Soviets did in their humbling attempt to build up a socialist state.

It seems clear that a similar — or even grander — prize awaits us as the one with which the Soviets were rewarded. I hope nobody thinks that just because we can’t identify who the Taliban leaders are after almost a decade over there that this somehow calls into doubt our ability to magically re-make that nation. Even if it did, it’s vital that we stop the threat of Terrorism, and nothing helps to do that like spending a full decade — and counting — invading, occupying, and bombing Muslim countries.