Just what you want in that first email check waiting for the shower to heat up.*  That would be the item in this morning’s email feed from Harvard’s news office featuring loose-nuke expert Graham Allison and his panel on the future of nuclear weapons that I missed in meat-space last Wed.

Tons of depressing stuff to choose from…like this:

There  is a crap load of bomb-grade uranium and plutonium floating around.  Leaving aside the good stuff contained in 23,000 nukes already in national arsenals, there is enough plutonium and highly enriched uranium around and about to build 100,000 more. The knowledge needed to do so is widespread.  Which means that any paranoid scenario you can think of is plausible.

Here’s one of Allison’s:

…Size is not a limiting factor. The enriched uranium needed to detonate such a weapon would fit into a six-pack of beer, said Graham Allison, one of a coterie of analysts at the Harvard Kennedy School (HKS) who specialize in security and nuclear terrorism. Shielded in a lead container, he said, such a weapon could be smuggled into the United States “in a bale of marijuana.” 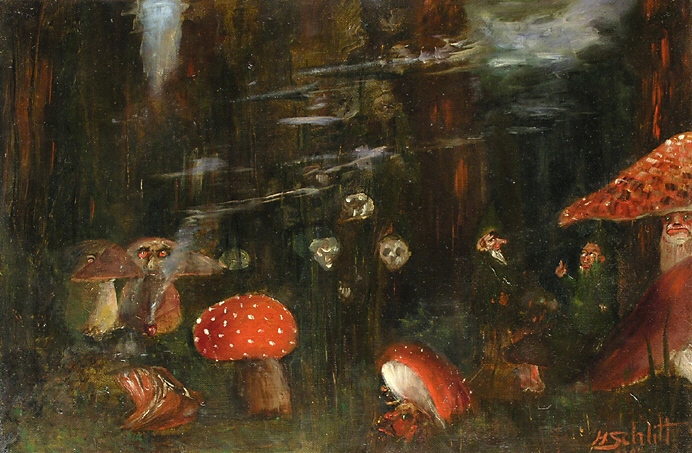 Lot’s more good cheer in a pretty short piece.  Try this one on the prospect of an attack on the US with a “mere” dirty bomb.  That one got me going — because

Even just one “dirty bomb,” an explosive that disperses radioactive material over a wide area, could “evaporate” American civil rights, said [nuclear proliferation expert and former Cheney stalkee Valerie Plame] Wilson. A dirty bomb is more a “weapon of mass disruption” than destruction, said [Harvard Kennedy School Prof. Matthew] Bunn, though the costs could still be high, and the materials to make one are available in any Western hospital.

The event was part of what has become a theme of Allison’s advocacy — he’s a leader in the Global Zero movement that aims for the complete elimination of nuclear weapons.

I must confess to a mild sense of deja vu on this.  I was in the room back in 1984 (I think) when Carl Sagan and others did the first big public nuclear winter announcement, in which a very distinguished group of scientists and policy people followed the implications of simple  (one dimensional) climate model analyses of what would happen after a nuclear exchange flooded the atmosphere with smoke from burning cities.  (The first Science paper from the modeling group, known as TTAPS from the author’s initials, came out on Dec. 23, 1983.)

Those results predicted that a nuclear war would produce a massive sustained cooling that would drive the earth into a prolonged “nuclear winter,” which would obviously harm any survivors, possibly to the point of near or complete human extinction.

Most important, those early studies suggested that there was a threshold level of nuclear destruction that would produce this effect.  I don’t have the transcript of that meeting in front of me, but I recall that the modeling group reported that an exchange as limited as 100 megatons could generate enough smoke to drive the earth into the freezer.

The point Sagan and others made at that early public announcement was that given the potential existence of such a threshold, the only long term guarantee of human survival would be to drive global nuclear arsenals down to below that 100 megaton inventory.

Didn’t happen of course, or more properly, hasn’t happened yet.   Nuclear winter research has had its twists and turns since the ’80s, the most important long term take-away being that there would likely be major environmental and climatological impacts from a significant nuclear exchange, even if those early predictions of utter disaster have been modified.

But we’ve still got buckets of nukes out there, and thanks to our GOP friends, arms reduction efforts are at least a temporary stand still.

So I’m cynical a bit on two levels:  first, I distrust proclamations of the apocalypse — or rather, I think that the natural tendency to seek some reason beyond the obvious that could actually “force” us to do the right thing leads people to overstate threats.

If the fear of nuclear devastation on its own terms is insufficient to bring about proper controls on the material essential to the construction of an al Qaeda bomb, then how can we expect that yet more elaborate risk scenarios will produce the necessary response.  Back in the ’80s I asked in print why someone thought if 2 billion dead of blast and shock and prompt radiation weren’t enough to scare us straight, the extra billions slowly shivering to death in the dark would somehow tip the scales.

This time it’s different, of course.  I fear that Allison and his colleagues are right:  nuclear terrorism is a real threat on the scales they suggest.  If I have my doubts on the real-world feasibility of the demand for zero nukes…it still makes sense as an aspirational goal and as a rhetorical device to get us to focus on the buttloads of U 235 and Pu lurching through what we laughingly call “the system.”

But that still leaves the second bit of depressed world-weariness. This challenge seems to me to be beyond our capacity to deal with as long as one party in this country has decided that there is no such thing as governance — just politics in which success is defined by making sure that the other side fails…on everything. If we can’t even address a START treaty that is obviously in the US interest, it’s impossible to imagine we’ll get any of the hard (and expensive) work done on the control of wandering nuclear materials.  After all, ho cares about loose nukes when a tax hike of a nickle or so on the marginal dollar of a zillionaire’s income is the final descent into Kenyan-Islamo Socialist Facism.

That’s the wrong attitude, I know.  The issue of uncontrolled fissionables really is a big f**king deal.  Losing a city or few some years down the road because we just couldn’t get our acts together now is unacceptable, and the work being done by Allison and Plame and the others connected with Global Zero is the right thing to do.

That won’t persuade our friends across the aisle, of course — the START posturing tells us that.  But in the end, that doesn’t leave those of us who actually love our country (and the world) off the hook.  It’s a deep problem when one major party in a democracy chooses pure nihilism as its platform and practice.  But we still have to find ways to be effective as the grown ups in the room.

Frankly I’m not sure what that would lead us to do right now on this particular issue.  Here’s where Wednesday’s panelists ended up:

Eliminating nuclear weapons would require tools that are not yet available, said Mowatt-Larssen, including a “global intelligence capacity,” along with the willingness of nations to share information, and better technology for detecting smuggled nuclear materials.

Currently, said Wilson, detectors have to get within inches of hidden enriched fissionable materials that are shielded by lead.

Maybe the answer to nuclear disarmament is just to get close to the goal, said Bunn. He offered one proposed scenario among many: Reduce each nation’s stockpile of nuclear weapons to 50, all of them disassembled and guarded by U.N. overseers. “We’ve got to think harder,” said Bunn, “about what we think of as zero.”

I won’t go charging off on yet another tangent — but while I think that particular idea has about an ice cube’s chances here, its essence is a call for transparency in nuclear security.  A notion of such openness lay at the heart of some of the first ideas about eliminating nation-state control of nuclear weapons.  We’ve been talking a bit about secrecy and its costs/dangers lately, I believe, and without adding yet more verbiage on Wikileaks, I’ll just stop by saying here that while the costs of revealing secrets are often weighed, the various dangers of keeping them must be as well.

*Yes I am that pathetic — iPhone in the bathroom checking email before my third eyelid opens.  A 12 step program beckons.

and, by popular demand (reader capture, anyone), a bit of Bosch: