You are here: Home / Science & Technology / The Australian Sully Sullenbergers

So, this happened last month: 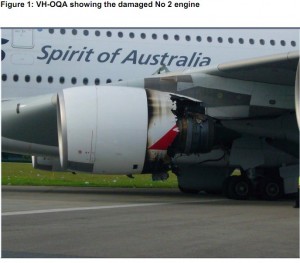 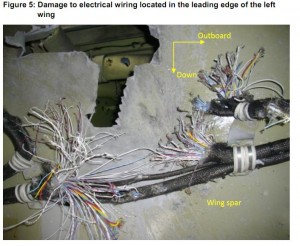 and the largest passenger jet in the world didn’t work so well after that:

Yet the crew kept its cool for an hour while circling around trying to figure out if they could even land the plane. Because the fuel dumping system was broken, they had to land weighing 50 tons over maximum landing weight. The brakes heated to over 900 degrees C, but they stopped the thing 150 meters from the end of the runway. (That’s 50 meters more leeway than the flight computer calculated).

The moral of the story is simple: Qantas never crashes.