You are here: Home / Politics / Politicans / David Brooks Giving A Seminar At The Aspen Institute / Really, Teacher. I Read the Assignment. The Marvel Comics Version.

I don’t usually bother reading anything Conor Friedersdorf has to say. While it is fun to watch in a kind of rooting-for-injuries kind of way, there are only so many times one can sit through the wrecks of his attempts to redefine the word “conservative” as the actual state of American conservatism rejects his blandishments, and while reality consistently demonstrates its well-known liberal bias.

It’s always seemed better (or at least more efficient) to fall back on a  general stance of benign neglect when confronted by his byline.

But for some reason, I stopped to look at this short squib in which  Friedersdorf declares, breathlessly, “If true what a tremendously consequential abstract.”

That link takes you to the cover page of a working paper from the National Bureau of Economic Research (a non-governmental site, despite the name) written by Hoover Institute economist Eric Hanushek.

A teacher one standard deviation above the mean effectiveness annually generates marginal gains of over $400,000 in present value of student future earnings with a class size of 20 and proportionately higher with larger class sizes. Alternatively, replacing the bottom 5-8 percent of teachers with average teachers could move the U.S. near the top of international math and science rankings with a present value of $100 trillion.

Friedersdorf then links to Adam Ozimek, who calls the abstract “shocking,” and claims that the most important lesson to learn here is that

…we should place even less relative value on teacher well-being for it’s own sake (which is separate from teacher well-being to the extent that it improves outcomes) when considering reforms. I think this is something that some progressives aren’t as happy to hear, especially with regard to using the teaching profession as a middle class jobs program.

There’s only one problem.  Neither Friedersdorf or Ozimek admit to having read the underlying paper.  I’ll concede that it’s a hassle — one needs either the right kind of email address or a few bucks to do so — but still…

For my part, I did manage to track down the piece.   For the purposes of this post, I’ll go only so far as to say that Hanusek both writes widely on the economics of education and that he has plenty of critics on more or less every major line of inquiry.

But the issue isn’t whether Hanushek gets it right or wrong when he suggests that great teachers produce outcomes for the students that have cash value later in life.*

Rather, it’s that by wading into educational policy on the basis of reading a paragraph on the front end of a forty page paper (that itself lies at the tip of who-knows-how-many-thousands-of-pages of literature in this fiedld) one begins to show off one’s stupid pundit tricks.

How “shocking” are these results?

That jolt would be a little less if you read — hell not the primary literature — but, say, just blog posts written by the New York Times’ best economics writer, David Leonhardt, who in the distant obscurity of … oh, this summer, reported on another study that looked at the impact of a good kindergarten teacher on future earnings and other social outcomes.**

Anyone who is stunned by the specific result or the broader claim that educational outcomes have an impact on economic success simply hasn’t been paying attention…which evokes, of course, the inevitable Captain Reynaud moment:

And now for the next trick:

If you only read the Cliff’s notes version blurb (h/t NonyNony) for this paper, then you get that breezy “replace the bottom 5-8%”…but you miss all of Hanushek’s discussion within the paper about how difficult it is actually to identify good teachers in advance of observing outcomes from the classroom, and how hard it is to incentivize them if you do.

But that doesn’t stop Friedersdorf from kvelling to the headline “Pay The Best Teachers More And Fire The Worst.”  Too bad he didn’t get to this line from the concluding passages of the article:

Unfortunately, we know little about the supply function for teacher quality.  Thus, it is not possible to predict what kinds of pay changes would be needed to ensure any given quality of teacher force.

Again, I’m not calling for rocket science here.  I don’t expect Friedersdorf to be a credentialed expert on everything he writes.  (I’m not, on anything.)  All I want here is minimal curiosity, and enough of both self-regard and respect for his audience to go past some quote he reads somewhere on the web and check out the primary source.  Am I crazy?

Oh, and what about the fine moral dudgeon expressed by Ozimek, who informs us weak-willed, soft-headed and pernicious progressives that we’ve just got to get over ourselves and stop treating teaching as a jobs program for the otherwise-unemployable middle class? 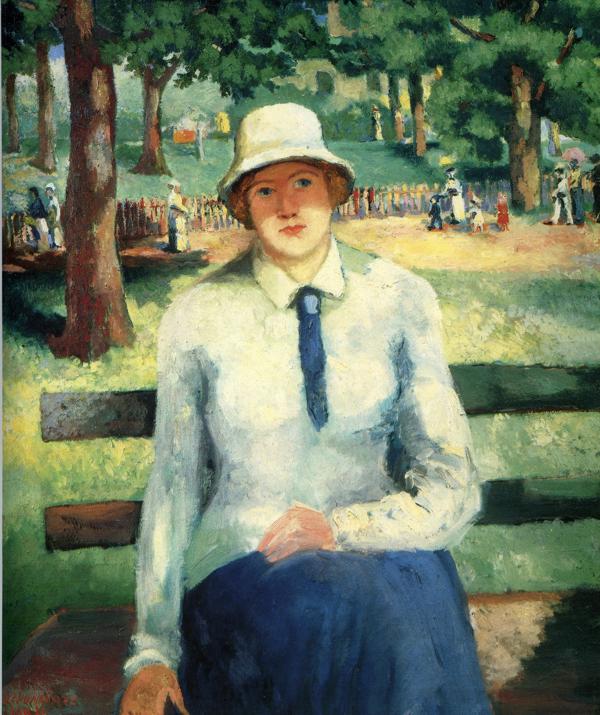 (A) This is pure asshattery.  Here I’m going to treat anecdotage as data, and speaking as the father of a ten year old who has experienced private school and is now in a public one, I cannot get over the fact that even the weaker teachers (and my son has seen one or two) work sixty hour weeks, in a state of continuous intellectual and emotional alert, with a level of physical and mental effort that would crush any mere blogger (or this wayward university professor, for that matter).

Teaching kids is hard, which is mere prologue to the more on-point issue…

…which is that (B) If teaching is some royal road to indoor work and three squares a day — this job program of which Orizek speaks — then it is hard to reconcile that sense of unmerited employment with figures that emerge ( yup, again) from the body of the paper whose abstract so stunned some folks capacity for further inquiry.  Hanushek writes,

the U.S. has have for a long time trained considerably more teachers than the number of positions that annually become open in schools.  For example, in 2000 86,000 recent graduates entered into teaching, even though 107,000 graduated with an education degree the year before

That is:  as it really exists, as opposed to the form it takes in the minds of those whose sunlit minds are seemingly unsullied by experience of the world the rest of us inhabit, teaching is no soft-option safety-net occupation into which any liberal-arts drifter may come to rest as an alternative to asking “would you like fries with that?”  Rather, it is one more tough occupation in which the supply of labor exceeds the current labor market demand.

And in fact, given the decline in the economic value we place on the education of the young,***  the search for first class teachers  increasingly turns on the hope that enough people will see it as a calling, and not as white-collar sweat-shop labor.

That devoted, expert, effective teachers can be found as often as they are (and thankfully, emphatically, in my son’s classroom) is testimony to the fact that money is not the sole measure of value for all things and all people.  But that also suggests that whatever the answer may be to the question about how to get more of such folks distributed through American schools, it seems to me vanishingly unlikely that a blithe disdain for the well-being of such teachers (outcomes or no) will do the trick.

But as Friedersdorf and Ozimek remind us, this is why it is so difficult to hear the phrase “conservative public intellectual” without both weeping and snorting.  Seriously — if the best they can do is trot out a f**king abstract in defense of a bit of more-in-sorrow-than-in-anger union bashing, then they have only themselves to blame when we mock them.  And on the flip side — if we leave such fecklessness unsnarked then we may blame only ourselves when such miserable stuff becomes revealed truth.

*Given that a fair amount of what economists do when they are performing well is to quantify the obvious, I’ll go out on a limb and say the conclusion that good teachers help their students do well in life is not exactly stunning.  Not that it isn’t worthwhile documenting, or examining in detail…just that, pace poor, easily stupified Mr. Ozimek — I can’t claim to be shocked by that part of Hanushek’s research.

**One interesting aspect of this study is that it suggests that test scores may be a less than wholly reliable indicator of real-world success.  (I’m stunned.)  But that’s for a different post, and a lot more work.

Perhaps the most notable recent pattern in teacher salaries is that they have fallen dramatically in relation to the rest of the economy.  The changing position of teachers is clear in salary trends since the beginning of World War II.  Compared to the earnings of male college graduates, the average male teacher was slightly above the 50th percentile in 1940.  The average female teacher was close to the 70th percentile among college-educated females.  But then male teachers fell precipitously to the bottom third of the earnings distribution for college graduates, and female teachers were below average during the 1960s and close to the relative male position by 1990.  In 2000, less than 30 percent of young males and less than 40 percent of young females with a bachelor’s degree earned less than the average teacher