You are here: Home / Politics / Glibertarianism / When You Hit Bottom, Stop Digging.

It seems that Conor Friedersdorf has decided to go all mini-McArdle on us, and attempt to bluster through criticism of his juvenile attempt to solve all America’s education problems based on his in depth research into issues of teacher compensation and performance incentives.*

What results is an astonishing mixture of banal pretension, youthful bluster, and a persistent embrace of ignorance.

To channel a favorite cultural icon, let’s go to the videotape!

Friedersdorf begins by quoting an email from a former teacher who complains that (a) the definition of “good” as it modifies “teacher” varies by the person asked, and that (b) corporate America doesn’t fire their bottom 5-8% for the same reasons that Friedersdorf advocates.

“Dissent?”  How much self aggrandizement and delusion can be packed into a single word?

“I disagree”… or “Here’s what’s wrong with that”… or “Not so fast…”  There are lots of ways to indicate the response to come.  But dissent?

I’ll concede Friedersdorf mere accuracy under a dictionary definition; but the cultural affect of the word contains moral weight, and he knows it, and he ain’t got it.  Its use here speaks of a small writer desperate to grow large.

Next Friedersdorf describes the worst teachers: “the ones who assault students, regularly show up late, or are consistently labeled underperforming by administrators, peers, and students alike.” 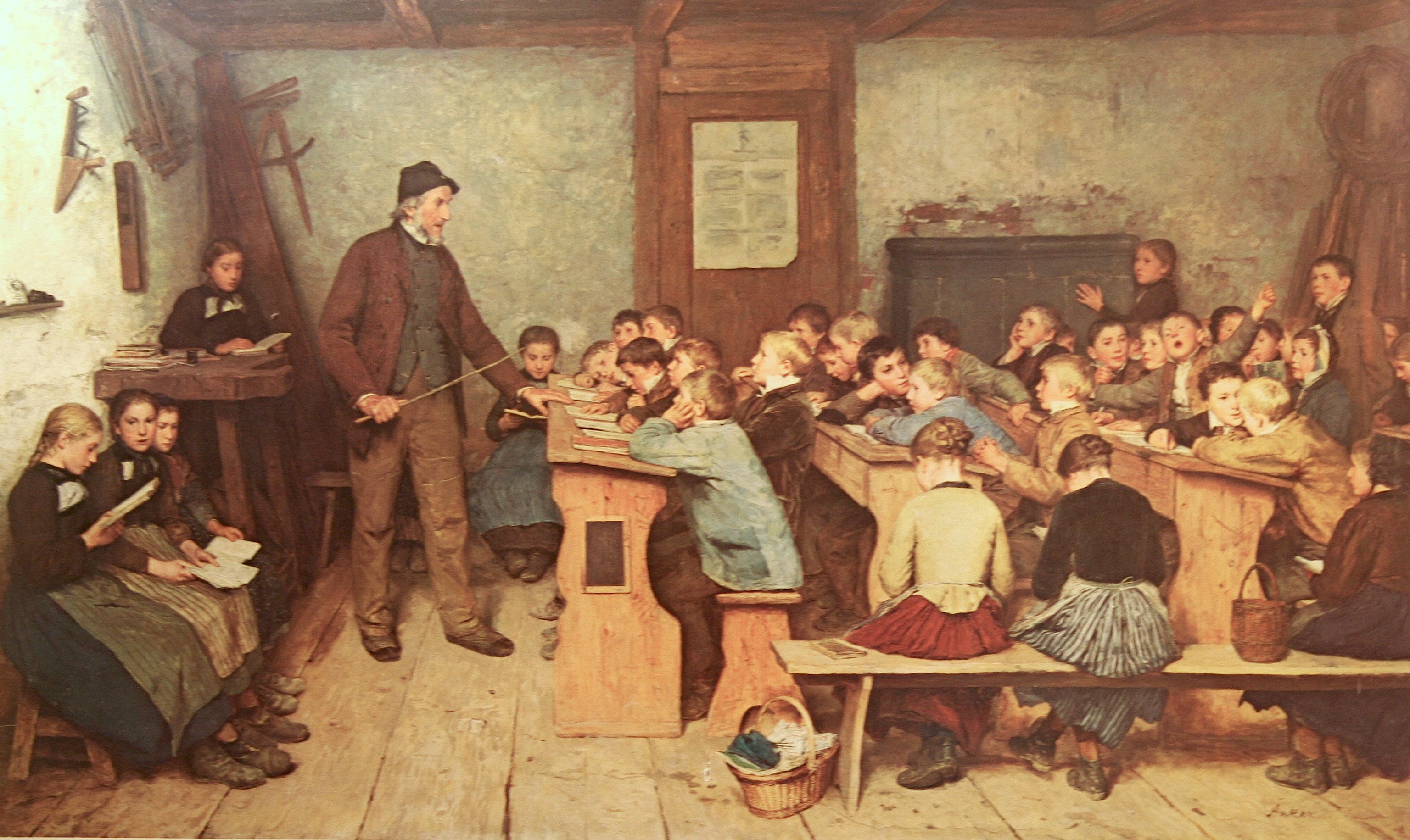 Note the sleight of hand:  “underperforming” teachers are in the same category as thugs.  And, of course, there are no numbers here.  How many student-beaters are there?  What are we talking here?

The article to which Friedersdorf links reports that 5% of LA teachers have trouble with punctuality — which is unacceptable in my book — but that the number of teachers whose performance was so egregious as to make it into the discipline/termination pipeline is vanishingly small.  Now — the piece is about deep flaws in the review and discipline system for teachers, and not the crime stats for the job —  but the data for a widespread plague of teacher violence aren’t in the single source Friedersdorf calls on for support.

Writing like this is a nasty trick. It’s the one that turned past-their-sell-by-date Iraqi biological and chemical weapons into existential threats, “weapons of mass destruction” on a par with those that could put a mushroom cloud over New York.  Most people’s response to a personnel problem like tardiness is going to be a bit different than one of criminal assault.   But in Friedersdorf’s prose, and perhaps his mind too, both sins are conflated, along with the even more vague “underperformance.”   As rhetoric, this kind of thing is effective.  As thinking, or as responsible policy analysis, not so much.

Next, Friederscorf argues that we should take our cues from corporate America, where, he alleges, folks routinely fire from the bottom, citing the example of Jack Welch at GE.  To which I’d respond, (a) that as his correspondent suggested, much/most of corporate America does not fire 10 percent of their workforce every year, and that (b) the eagerness with which he embraces a complete abuse of process is really all you need to know about the seriousness of this very serious young man.  He writes,

It’s true that empirically determining teacher performance is a thorny question. I’d answer it by giving principals wide discretion. Even if they treat a teacher unfairly, they only control a single school. There are lots of schools.

I’m not joking.  His Honor, the Judge Conor Friedersdorf, Esq. presiding jurist of the Glibertarian Court of No Appeal, (All rise!) actually wrote that.

He admits it’s “thorny” — read exceptionally difficult — to evaluate teacher performance, especially (as Hanushek reports in the article to which Friedersdorf refers, but has not, to all apperances, actually read) in the first few years of a teacher’s career.

Unlimited discretion granted to authority will solve such vexing questions — never mind what happens to a school when you fire the wrong 5%.  Any wronged teachers have no complaint, and/or no worries, as having been fired for incompetence, they can still traipse off to another school. Or, if you want to follow Friedersdorf down another meaning-trail, no worries, because each vicious, vindictive, corrupt, incompetent, or merely capable-of-human-error principal only governs one school.  Never mind the hundreds of kids each lost good teacher would have served.

Ladies and Gentlemen!  Here is your  conservative “intellectual” solution to education:  When in doubt let the Daddy figure  at the head of the school do what he/she wants.

Friedersdorf does attempt to justify all this on a “greater good” argument:

If a reform improves our public school system but results in some teachers being unfairly fired as collateral damage that is a tradeoff we should be willing to make. Right?

Well — no, unless you really see this as a pure binary choice:  f**k teachers or f**k the schools.  Most folks who actually spend time studying education are willing, at least, to consider an alternative hypothesis.

But it’s all good, says Friedersdorf:

… the other aspect of reform I suggested – paying good teachers more – ought to compensate for the decrease in job security.

And this, my friends, is why you shouldn’t allow the incompetent to play with power tools.

Let’s take this step by step.  First there is the moral problem here, of rewarding some people as compensation for arbitrary harm done to others, strangers.  To use Friedersdorf’s own style of argument, imagine that as a kid, I slugged my younger brother whenever I woke from a bad dream (which I actually did).  Now, does anyone out there think it was a proper compensation — proper moral action — if in response my parents gave my sister a cookie?

Then there’s the immediately obvious problem:  if we don’t know how to rate good teachers, and if we are going to rely on principals to choose whom to whack and whom to cherish, then what do you think will happen?  I’ll go out on a limb and suggest cliques, and kick-backs and simple misallocations of resources.  You don’t even need criminal behavior to recognize that the “reform” for which Friedersdorf claims authorship so eagerly leads directly not to some Galtian free market paradise but to perverse incentives all over the map.

And finally there is the blunt fact that this whole notion is one that economists since Adam Smith have recognized leads to disaster.  Here let me surrender the floor to someone who actually does know something about all this, UCL economist Ian Preston, who wrote this in the last Friedersdorf thread:

It is no good just paying the good ones more. If potential teachers don’t know in advance how good they’ll turn out to be then not compensating bad teachers adequately when you suggest they leave will mean a worsening pool attracted to go into teacher training. Hanushek is clear about that: “Developing such policies … would also require both severance packages for those deselected and higher pay for those who would then have a more risky job.”

Again, if Friedersdorf had actually read the paper on which he comments then he would have been exposed, at least, to a hint of the complexity of the problem for which he so blithely proposes “reform.”

Instead, his suggestion is actually primed, as Ian points out, to lower teaching quality across the nation.  Make the profession less secure, more unpleasant, and what the hell do you think will happen?

Friedersdorf goes on, and he doesn’t get any better, but I’ve had enough.

Just one last thought:   Friedersdorf knows nothing of this subject — or at least his writing reveals no sources, nor historical perspective, nor reporting, no numbers, nothing, nada, zip, zero.  And yet, he sees no problem writing phrases like “the reform I suggested…”

You suggested?  Out of your infinite wisdom, your intuitive understanding of what is best in life?  As a niece of mine once asked an adult venturing an ex cathedra bit of received widsom, “who made you god?”

Exactly.  Why the blistering blue barnacles should anyone care for a second what some pompous twit thinks is “prudent” about a complicated and important subject about which he clearly has no actual knowledge?

Which leads me to my actual last words here:  Every now and then someone from the aspiring George Will circuit writes plaintively about the notion that conservative “intellectuals” don’t get any respect.

*Thanks, I guess, to commenter Trollhatten for pointing out this post.