You are here: Home / Foreign Affairs / The Triumph of Hope Over Experience — Or…

…Can the Egyptian protesters of Tahrir Square save not only their own country but Israel, now seemingly committed to a slow murder-suicide pact with the Palestinians?

I’ve resisted commenting on the Egypt uprising because I have no real knowledge or historical depth to offer, and I lack both time and resources to do the reporting that would even begin to unearth useful nuggets from anyone else.

But I’ve just read Kai Bird’s piece in Foreign Policy, and he makes with actual local experience the argument I’ve been hoping might hold water.

That would be that a peaceful Egyptian repudiation of Mubarak would force on Israel the really hard choice it’s been able to resist until now:  how to confront the reality that an occupation larded with occasionally explicit hopes for permanent apartheid and/or ethnic cleansing cannot hold forever. 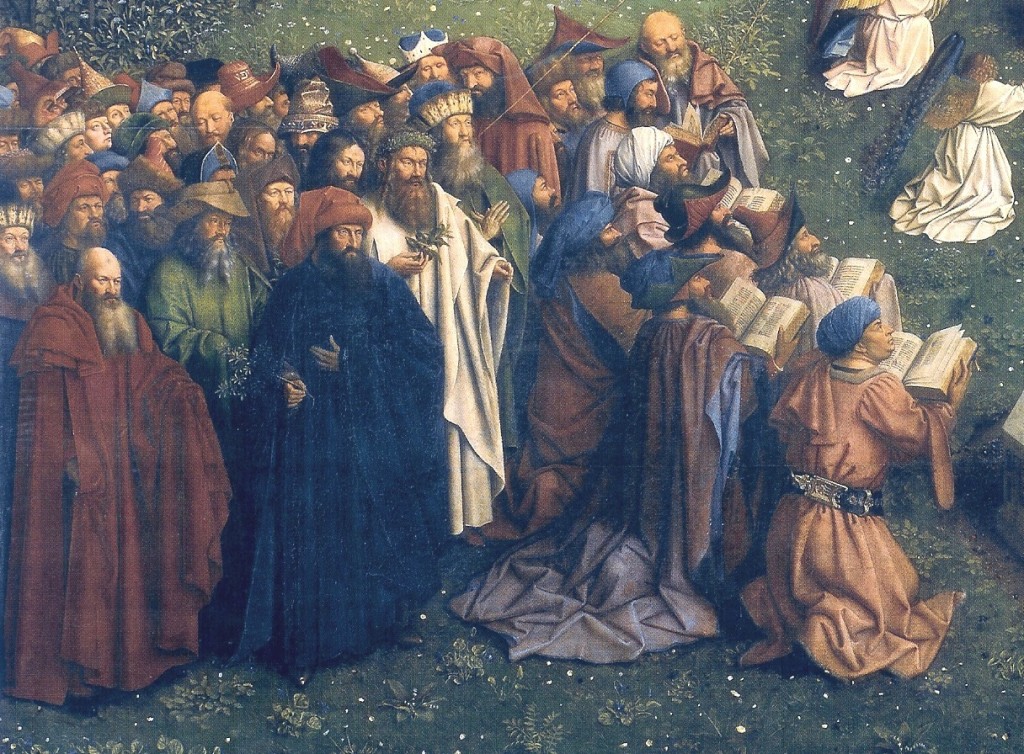 The outcome of four decades of occupation (beyond a seemingly bottomless well of individual tragedy) has been, of course, to hold both Palestine aborning and Israel itself hostage to the worst and most violent urges in the respective communities.  My fear and sorrow has been that there is no good outcome possible as long as Israelis have been able to depend on overwhelming military force to keep Palestinians out of meaningful contact both with them and their Arab neighbors.

But, as Bird points out, assuming that the removal of Mubarak leads to the creation of a genuinely democratic Egype, the game changes.

…in the long run, the emergence of an Arab democratic polity should convince Israeli voters that their leaders have become too complacent and too isolationist. After Tahrir, a majority of Israelis may conclude that they can’t live in the neighborhood without forging a real peace with their neighbors.

The separation wall was never a real answer to Israel’s security predicament, and it will be less so when a democratically elected government governs Egypt. The policy of separation — hafrada in Hebrew — had some short-term strategic viability when the largest Arab country was willing to police Israel’s southern border and keep Hamas penned up inside its Gaza prison. But no legitimate government in Cairo will be able to continue its complicity with the Gaza blockade — particularly not if the Muslim Brotherhood is a player in a new government.

Bird (and I) understand that the endgame is not yet begun in Egypt.  Lots can still go wrong, of course.  But for a long time now plenty of Israelis have known (if not always acknowledged) that security and the tense calm of daily life inside the Green Line or in the Territories is not sustainable forever purely on the strength of the IDF.  The challenge has always been to drive that knowledge home hard enough to overcome the very real fears and the equally real, and perhaps more daunting domestic political obstacles to move forward on a liveable peace deal.

Here again, Bird is not a naif:

Hamas’s ideology is certainly vile, but it won the last Palestinian legislative election in 2006 and has more or less observed a cease-fire with Israel since early 2009. In December 2010, the Hamas prime minister in Gaza, Ismail Haniyeh, announced that his party would abide by any peace settlement if it were to be ratified by a referendum of the Palestinian people. Furthermore, as we recently learned from Al Jazeera’s Palestine Papers — the leaked documents on the 2008 Abbas-Olmert talks — the two sides are not that far apart on a comprehensive peace settlement that would create a Palestinian state.

[That last link takes you to a NYT piece by my friend and fellow congregation-member Bernie Avishai.  Which means I can tell you from  personal knowledge that Bernie is smart, deeply versed in the region, committed to peace, and at the same time is by no means a sucker.]

So, there it is:  it’s a dog-bites-man story that we often need most that which we like least.  Take your cod-liver oil folks (well–maybe not that).  In that vein, I’ve been thinking — and now Bird tells me I’m not crazy —  that this Egyptian demand that their voices be heard in Egypt, may be exactly what’s needed to compel Israelis  to confront the precariousness of their current approach to security in Israel and Palestine. 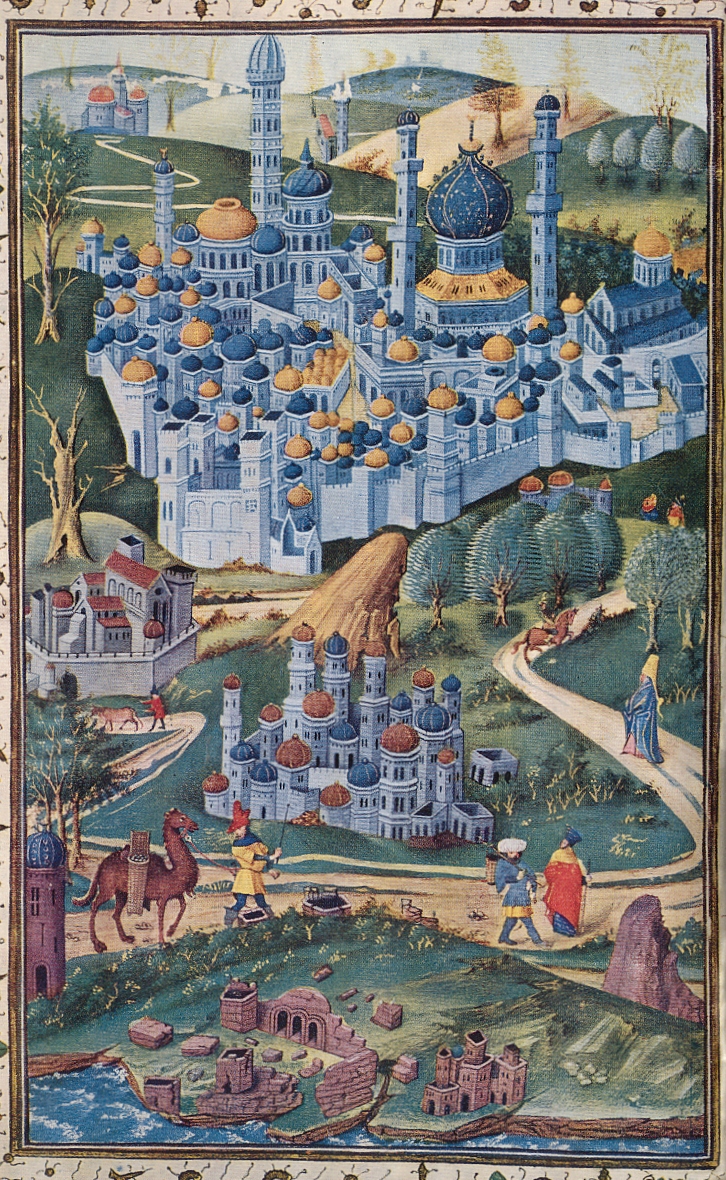 So here is the uplifting news: What is happening in Tahrir Square may actually propel the politicians in Washington, Jerusalem, and Ramallah to forge the Israeli-Palestinian peace deal that all of us know is there for the taking. And if that doesn’t happen? Absent a comprehensive peace settlement, Israel and the United States will find themselves increasingly isolated in the new Middle East.

As Bird both hopes and fears, so do I.  But better that fraught hope — thank you, Egyptians  — than none at all.

Jean Mielot, Jerusalem from the Dome of the Rock, Illustration from a French MSS of 1455 of  Descriptio Terrae Sanctae, Burchard du Mont-Sion, 1283