Fair warning:  This is way too long and fundamentally way too trivial to bother with.  Given all the urgent stuff going on in the world, Megan McArdle hardly deserves anyone’s attention.  I’m just posting this to clear my hard drive and brain of a bit of unfinished business. Plus I think I promised several times to post on Megan McArdle’s response to my post on the serial factual errors in her writing on the history of innovation as seen in the American kitchen. 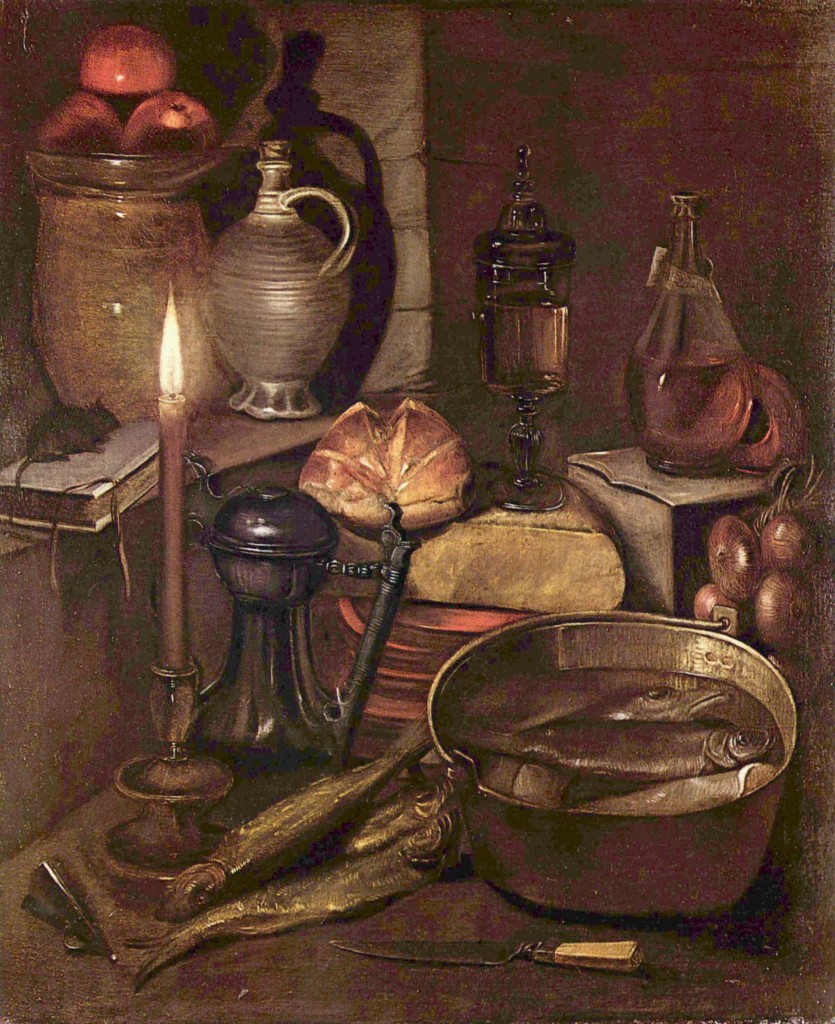 So by all means, walk on by if you’ve had enough McArdle (I have, and won’t be going to that well again for a while) — but if you want some smack talking and the odd bit of fact, jump the jump and join me.

First, just to catch up with the action:   I’ve had prior occasion to think of this list of officers’ fitness reports in the context of the writer in question.  The title of this post refers to the twelfth item on that tally, but many others apply, I think. Pick your favorites in the comment thread.

In her response, McArdle was particularly stung, I believe (because of her link to it), by a Wall Street Journal blog’s summary of the Krugman-Cowen-McArdle-Levenson sequence.

Thus provoked, she was then moved  to produce an 2,300 word justification of her claims, on which mastication I will now comment.  (That noun chosen because being attacked by McArdle always reminds me of Denis Healey’s marvelous description of being attacked in debate by the Tory politician Sir Geoffrey Howe: it is “like being savaged by a dead sheep.”)

I’ve got to say I am a bit resentful here.  I’m the one supposed to stupify my antagonists with posts rivaling War and Peace for length if in no other aesthetic category, and here she comes stealing onto my patch.*

McArdle begins well, at least for the case I’m trying to argue, setting out on her journey of redemption with perhaps the most revealing and humiliating sentence I’ve read on any blog:

“It’s certainly possible that I got something wrong in that post; I am of course not a historian of kitchens.”

There’s a perhaps even more self-diminishing line that follows: “But neither is Mr. Levenson, and I can’t plead guilty to the offenses I am charged of based on his evidence.”

I like to think that I’ve left seventh grade far behind me, and so see no need for comment here — beyond that we are dealing with someone who really needs to think some more about the argument from authority.

Once she gets past that reflex of pique, she answers my criticisms with three basic types of deflection.

First, she tries to shift between categories of existence, availability and penetration to suggest that whatever actually occurred, the specific appliances she cites weren’t really part of the 50s landscape. This is nonsense, as I’ll detail a bit below.

Second, she tries a bit of indirection suggesting that some of my examples of her errors aren’t really that significant, because, in essence she knows better.

Third she uses what is perhaps her most powerful (and often used) trick when cornered.  She declares that she was talking about something else that whatever it was she clearly got wrong — and when seen in light of that other issue, everything she said becomes both correct and humiliatingly more insightful than whatever her critics might have argued — or, as she wrote, it surprised her that “someone who teaches science writing at MIT is so unfamiliar with the containerization revolution that he can mistake “container” for “refrigerated.”  It was ever thus:  when cornered, she resorts to the ad hominem, hoping that the insult will distract from the failed argument behind it.

On tactic number one: McArdle had originally claimed that  50s kitchens did not contain, “electric drip coffee brewers, stand mixers, blenders, food processors, or crock pots.” I countered by documenting the history of stand mixers (sold to the public in 1918, widely disseminated in cheaper models through the 20s and 30s); blenders (invented in the twenties, sold in mass quantities in the 30s) and of electric coffee makers, common since the thirties.

In response to this impressive record of error, McArdle complains I should have understood that what she meant was not that the 50s kitchen lacked this or that, but that it did not possess versions of these inventions that would have been acceptable to one Megan McArdle:

I thought it was obvious why I was specifying drip coffeemakers:  at least for people from my generation, percolated coffee tastes horrible. I do not think of percolators as drip coffee equivalents, I think of them as something close to crime against humanity.

Note at least three things:  first and least, she’s simply trying to baffle with bullsh*t, replying to a claim unmade.  As it happened, as examples of pre-1950 electric coffee makers, I offered not percolaters, but the vacuum coffee maker, a very different technology that the steampunk caffeinistas among us rate highly.  These were indeed generally available in the thirties and are still prized.

Second, and really all in all, recall that the theme of all this is innovation.  The question she herself raised was whether or not there were in the fifties the means to automate a common kitchen task, brewing up a cup of coffee? 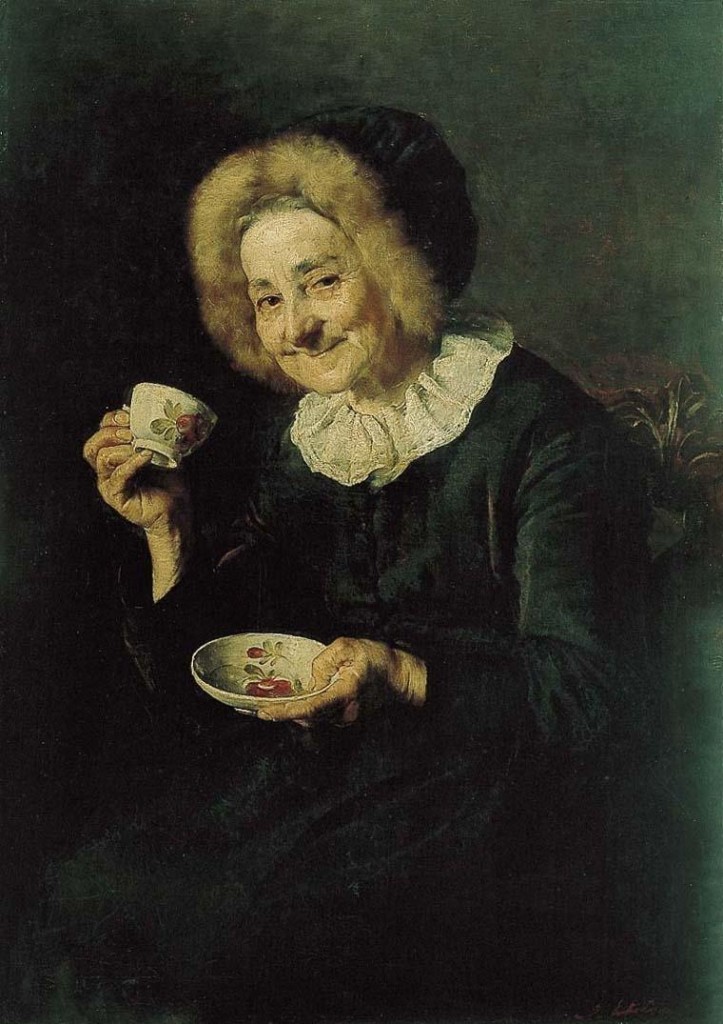 Well, yes, there were, as she in fact admits.  Which is what she hopes to keep you from noticing when she decides to wrangle over whether she would actually drink such brew.

Which leads me to this:  it did give me pleasure to read the sentence above, because in a sense it captures all you ever need to know about McArdle.  She decides the facts worth knowing by a simple criterion: do they meet her exquisite standards.

Percolators? Get me The Hague on line one!

Moving on: for an example of the next of McArdle’s favorite tricks to hide her failings, check out this attempt to persuade the reader that she may have been wrong … but not really:

As for the rest, my understanding is that the stand mixer was not widely dispersed in American households until the early 1960s; the stand mixer invented in 1919 was commercial grade; the home versions appeared in the 1930s and sold well, but were somewhat derailed by the dearth of consumer production during World War II.   Of course, if anyone has data better than I was able to find, I am open to correction.

Again, errors, minor, but still there:  according to the Kitchenaid company the commercial stand mixer was first produced (not invented) in 1915, and the first home models were sold in 1919. Perhaps McArdle may asssert that by “commercial grade” she means “home,” but I think a reasonable person would find that disengenuous at best.

She admits, though that mixers sold well — Sunbeam, makers of cheaper models than Kitchenaid, topped 1 million sold before World War II.  But, argues McArdle, she’s still right, despite all this, writing that “some of this, however, may simply be an argument about what constitutes ‘common.'”

I didn’t think she loved Bill Clinton so much that she’d expropriate his “defintion of ‘is'” defense so readily.

She goes through a similar exercise for the blender, and then concludes that after all, maybe she and I were both right:   “I lean towards requiring some amount of broad diffusion, [of appliances] but I can see the argument for the other side–indeed, that’s what I was getting at in the post, that the definition of a “1950s kitchen” is tricky.

Just to be as blunt as possible:  by “common” or “broad diffusion” she seems to mean whatever number is just a little bit higher than those actually use in the 1950s.  That’s a child’s bob and weave, not an argument from anyone who wishes to be taken seriously.

Oy.  This will never end, will it — which is, of course, McArdle’s true genius.  She throws up such an endless spray of word salad that actually pulling apart each and every one of her distortions, errors, and outright lies takes much longer than anyone wants to either write or read.  So I’ll just give the slightest of glosses on the third attempt McArdle makes to defend herself, in her discussion of the emergence of container shipping.

As noted above, she does so in a way that emphasizes her mock horror that a professor at MIT should mistake refrigeration for containerization– which would indeed have been a simpleton’s error had it been made.

But the problem is that the discussion was, in McArdle’s own framing, about whether or not people in the 50s had access to fresh produce:

I don’t believe that they have gone without fresh produce for six to eight months at a time, as my mother did in her childhood–and was told to be grateful for the frozen vegetables which hadn’t been available when her mother was young….

Is the shift to flash frozen produce greater, or less great, than the shift from flash frozen to the fresh produce made possible by falling trade barriers, rising air travel, and the advent of container shipping?

McArdle’s gaming the question here of course, asserting her assumptions as the answer:  fresh produce in her telling could only arrive on American tables through her triad of trade (which, I guess, could only have happened post 1960, to the great surprise of the United Fruit Company and Dole), air travel (fresh fish was delivered by air to Moscow in 1945!) and containers, a genuinely post 1960 innovation, (one that I actually witnessed transforming my home town; I was a child when San Francisco’s docks died and the upstart Port of Oakland’s container terminal came to dominate freight traffic to the Bay Area). 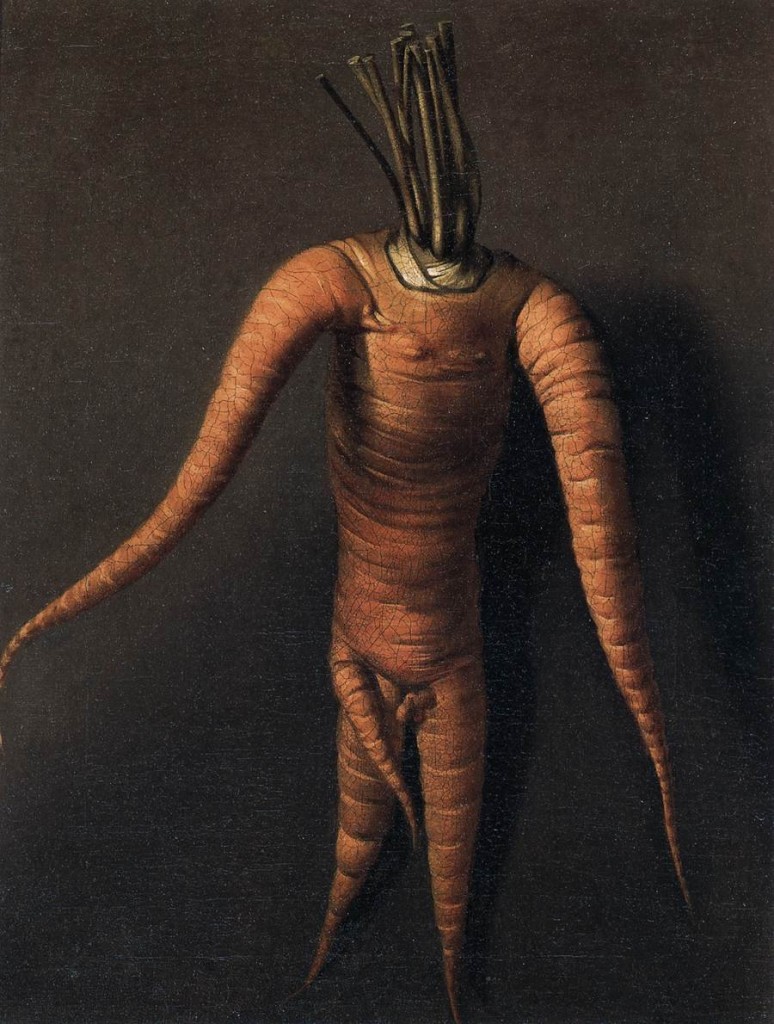 But if you were to make the mistake of taking McArdle’s question more seriously than she herself does, then what we want to know is what innovations were most important in delivering fresh food to distant markets.  And there, the answer you find again and again in histories of food was rolling refrigeration, which, as I gabbled on at length last time, is a development that has a history in the US dating to before the Civil War.  Last time, I talked of meat — but just in case you were wondering, the first American shipment of fresh produce — strawberries –rode the rails of the Illinois Central in 1867, which is a factoid that makes this quote from McArdle at once pathetic and telling:

When my mother was growing up, it was  theoretically possible to buy fresh strawberries or asparagus in December, shipped in a refrigerated boxcar from a hothouse or maybe California.  But I doubt the grocers in her small town would have stocked them, and if they did, my grandparents, who were solidly middle class but whose memories of the Great Depression died hard, would never have dreamed of buying them…

Yup.  We’re back to that again. This or that is unpossible because I or mine can’t imagine it.

And so on and on.   There’s more, but I’m done.  There isn’t time in the day to fisk out every last bit of nonsense showering forth from McArdle’s keyboard.

So I’ll just leave you with one last thought.

As in my earlier post, let me explicitly call out The Atlantic. For all that there are good people doing good work over there — for one example, have you seen the folks posting at Fallow’s blog lately?  They’re going great guns — the bottom line is this:

A major media operation resembles an old fashioned World War II convoy, at least in one respect:  just as those gaggles of vessels traversing the North Atlantic couldn’t travel faster than the slowest ship, over time, publications can’t be seen as more reliable than their least trustworthy writer.