You are here: Home / Economics / Free Markets Solve Everything / DFH’s Say No Blood For Oil

That would be DFH’s like Assistant Secretary of Defense Sharon Burke.

Just to take a break from Wisconsin perfidy, consider Burke, whose brief is “operational energy plans and programs,” making the connection between death and dinosaur wine in a speech at Harvard last week:

Though the official price of a gallon of fuel within the military is set at $3.03, Burke said that the actual cost of fuel delivered, depending on the difficulty transporting it and protection needs, can be as high as $50 a gallon.

Burke told a story of tent usage in Iraq. One large tent used as a gymnasium required six generators to power the air conditioning, and even then the temperature was only lowered to 90 degrees. The problem, of course, was that a tent isn’t insulated well, so much of the cooling was lost to the desert.

“People were dying so we can vent our air conditioning to the desert,” Burke said.

Some key factoids from Burke’s speech:

The average U.S. soldier on a 72-hour patrol carries between 10 and 20 pounds of batteries.

There are seven kinds of batteries that power flashlights, GPS devices, night-vision gear, and other equipment considered essential for the modern soldier. Including spares, a soldier lugs 70 batteries, along with the devices themselves, weapons, food, water, and other necessities.

“We’re seeing pack weights of 130 pounds these days,” said Sharon Burke, assistant secretary of defense for operational energy plans and programs. “You can’t carry 130 pounds without turning up with injuries.” 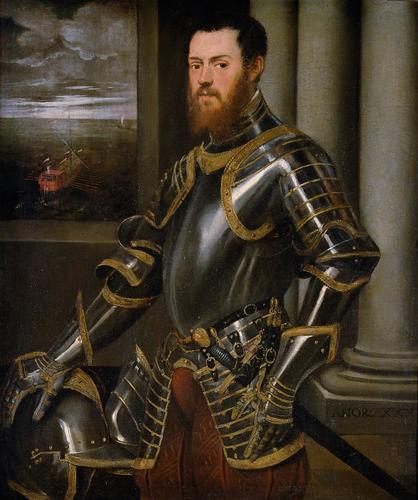 The idea that our soldiers can’t fight (or can’t fight as easily and with as much stamina as they need) because of all the tools they must needs carry is a very scary one indeed — but that’s a topic for another day.  In the meantime, back to that blood for oil problem:

The soldiers’ battery burden is just the tip of the military’s energy problem, Burke said. Heavily armored vehicles get just 4 miles per gallon. Air conditioners, computers, and other equipment at forward operating bases are powered by inefficient generators, at an enormous cost in fuel, requiring constant resupply. Delivering the fuel to where it is needed requires soldiers to protect the ferrying convoys, and costs both money and lives.

Hence Burke’s job: to find and support efforts like this one:

In Afghanistan, a company of soldiers is testing energy-saving technology in a frontline situation, relying on solar panels on tents, solar-powered lights, and stand-alone solar panels to recharge batteries — together cutting the company’s generator fuel consumption from 20 to 2.5 gallons a day. That drop means fewer fuel convoys which, in that part of Afghanistan, are almost certain to be attacked.

This, of course, runs directly counter to what Real Americans know about energy.  Part of the GOP conspiracy to accelerate the decline and fall of the United States includes a state-by-state level assault on alternatives to fossil fuels.

Against such purity of purpose, what is one to make of the reckless liberalism of that well-known hotbed of hippie fervor, the Pentagon’s inner rings?  Well — our Galtian overlords know what dangers lurk in the heart of reality’s liberal bias:

The Senate confirmed Burke to the job in June, after she came under initial fire from Oklahoma Sen. James Inhofe (R) for her apparent support of a 2007 law that bars federal agencies from buying alternative fuels that have higher greenhouse gas emissions than conventional fuels (ClimateWire, March 25).

Props to the Obama administration and to the DOD for taking action here…and, as always: