You are here: Home / Politics / Politicans / David Brooks Giving A Seminar At The Aspen Institute / None Dare Say Its Name: “Even the Liberal New York Times” edition.

One reason the Bush got Bin Laden meme is in with a chance is the growing chorus claiming that “enhanced interrogation” was the key to cracking the case.  (Warning:  wingnuttia at that link) 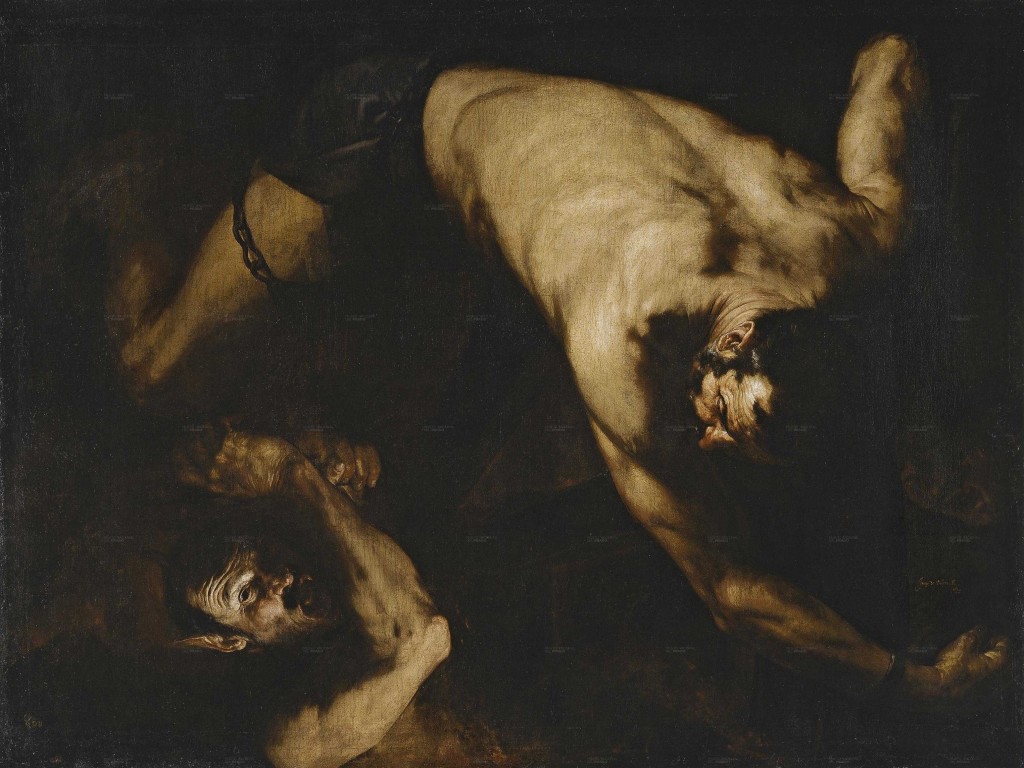 This is nonsense, of course, on at least two levels. One, well documented by lots of folks, including, repeatedly, commenters here, is that the mind-crumbling treatment of detainees being touted as the key to the case is both unnecessary for properly trained interrogators and counterproductive as well.  Oh and people, like Khalid Sheik Muhammed, the man that Cheney’s acolytes allege gave up the nickname of the courier who led US intelligence to Bin Laden’s compound, have already admitted lying to end the pain (hoocoodanode?)

The other reason this claim is nonsense is that the accumulating record of this case demonstrates that a lot of old fashioned intelligence work — and some basic policing, in fact — and not torture produced the leads that ultimately brought a Seal team to Abbottabad.  The New York Times has published a mostly impressive account of the case that reads in part like a procedural thriller.  In it, the reporters describe how the courier was first tagged:

Prisoners in American custody told stories of a trusted courier. When the Americans ran the man’s pseudonym past two top-level detainees — the chief planner of the Sept. 11 attacks, Khalid Shaikh Mohammed; and Al Qaeda’s operational chief, Abu Faraj al-Libi — the men claimed never to have heard his name. That raised suspicions among interrogators that the two detainees were lying and that the courier probably was an important figure.

So KSM did not reveal the secret under torture.  Rather, he held his tongue…and this is how US intelligence closed the gap:

By 2005, many inside the C.I.A. had reached the conclusion that the Bin Laden hunt had grown cold, and the agency’s top clandestine officer ordered an overhaul of the agency’s counterterrorism operations. The result was Operation Cannonball, a bureaucratic reshuffling that placed more C.I.A. case officers on the ground in Pakistan and Afghanistan.

With more agents in the field, the C.I.A. finally got the courier’s family name. With that, they turned to one of their greatest investigative tools — the National Security Agency began intercepting telephone calls and e-mail messages between the man’s family and anyone inside Pakistan. From there they got his full name.

Boots on the ground, intercepts, the slow, boring sifting through data.  Cop work.  Spy work — the real kind, not the deluded fantasies of those who think Jack Bauer actually works for the US government.

All good so far:  the usual suspects of or enamored with the Bush-Cheney crime family are wrong, lying and gaining at least a bit of traction, but mainstream media accounts are out there that give them the lie.

So what’s my beef?

This, from the same article:

As the hunt for Bin Laden continued, the spy agency was being buffeted on other fronts: the botched intelligence assessments about weapons of mass destruction leading up to the Iraq War, and the intense criticism for using waterboarding and other extreme interrogation methods that critics said amounted to torture. [Italics added]

It’s not that “critics say” waterboarding is torture.

As everybody likely to read this already knows, many times over, waterboarding is torture, as defined by international law and has repeatedly been recognized as such by the U.S. in the prosecution of other nations’ war criminals.  It is also recognized as such by everyone who has experienced it.  See, e.g. Christopher Hitchens.

This has gone on too long.  I’m sick of it.  Killing Bin Laden is a significant milestone in the pursuit of the criminals who murdered US citizens in 2001 (and many others before and after, of course).  We know now that the success of that mission turned on classic approaches to investigation and the pursuit of fugitives.  That the US government tortured people for years produced one of the key victories won by  Osama Bin Laden, as discussed in John’s thread earlier today.

The inability of the newspaper of record to simply state that torture is torture helps preserve that victory.  They should know better.  Hell, they do know better.  But in that one weasely little “critics said,” the New York Times gives aid and comfort to the worst — and least competent — among us.

Previous Post: « I drew a map of Canada
Next Post: I need tv when I got Tbogg? »