You are here: Home / Past Elections / Election 2012 / The crowds giggles with anticipation… 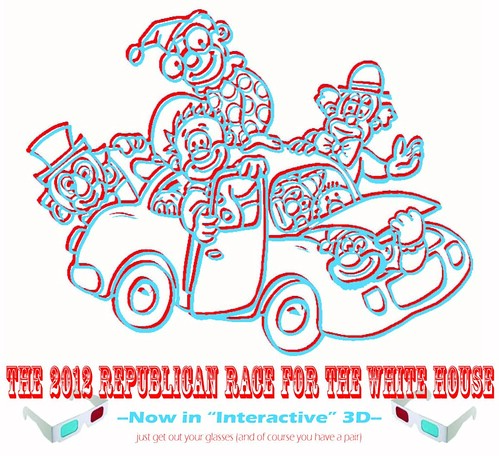 So earlier today I saw that little Billy Kristol sent out a breathless post that Mr. 9-11-Word-Salad himself is going to jump into the race to be the 2012 GOP Presidential Nominee. Why? Who knows, and really–who cares. It would be wrong to consider reason, common sense, logic, facts, reality or proven competence as reasons to get in the race. That stuff does not matter to a conservative electorate that only reacts to word salads. And as Kristol the Younger explains, Rudy can toss a pretty impressive word salad:

Rudy’s message: I’m tough enough to put our fiscal house in order and to protect us from enemies abroad. The U.S. in 2012 is in bad shape—like New York in 1993. The budget crisis is as severe—and seemingly intractable—as the crime/welfare crisis was in New York then. Rudy dealt with that when people said it couldn’t be done. He’ll deal with this.

Yep, Rudy is good at the word salad thing even if he does limit himself to “9-11” and a few other word strings–and yet, he doesn’t stand a chance. The GOP clown car is filled with word salad ninjas–and some serious kung fu word salad masters (Bachmann and Palin) seem likely to put on their big shoes, red noses and jump on in. The best Rudy can hope for is a great pratfall out of the car on the first turn around the center ring that increases his earning power on the wingnutopia grifter circuit.

Still, it is quite a show, and the crowd giggles with excitement as more and more of these clowns squeeze into the car. And in the wings are Chris Christie, Rick Perry and possibly Paul Ryan. They each have so much to bring to the spectacle and one can only hope they’ll try to squeeze in.

It is all quite silly until you realize that one on these fools could ride the proven stupidity of American voters to a 50% plus-1 victory. After all, we live in a Nation that actually did elect George W, Bush in 2004–and even the worst of these clowns start a General Election campaign with the blind support of the 27 percenters.

In a recent post about the Quitta from Wassila, Andrew Sullivan predicted how she would run against President Obama:

Pundits speak of her lack of professional organization. What they don’t speak of so often is her willingness to say and do things very few politicians will. She will play the race card powerfully, often and repeatedly. She will run a campaign against Obama as an un-American. She will run on hatred of elites, will turn every sad gaffe, lie or untruth into “truth”, she will deploy religious motifs more effectively than any Republican candidate in modern times. In the last campaign she accused Obama of being a friend of terrorists, and was prevented from using Jeremiah Wright in the last few weeks of the campaign. She will make the Willie Horton ad look like happytalk.

I think Sully is spot on with this observation when it comes to Palin, but the sad fact is that the same could be said about any of the Republican candidates climbing into the clown car. To “win” they will–each and everyone–say and do things that push them into moral twilight. Many have already taken the ferry across the Acheron and are working hard to secure real estate in one of the nine circles. When the clown show is over and the car is emptied–one clown will be the Republican nominee and that clown will live down to Sully’s worst fears of a Palin campaign. Pushing white resentment and fear is the only path the GOP has to defeat President Obama and whichever clown emerges will embrace that Palin path. It will be ugly.

I think the best way to view the emerging 2012 Republican filed is to be amused and yet, terrified by the evolving spectacle. The very real possibility that any of these clown car occupants could actually win control of the White House in 2012 should frighten you enough to be ready to work like hell to defeat these fucksticks in 2012.

And with that, how about an open thread.