You are here: Home / Civil Rights / LGBTQ Rights / Gay Rights are Human Rights / Is K-Lo still single because that’s what God wants for her? 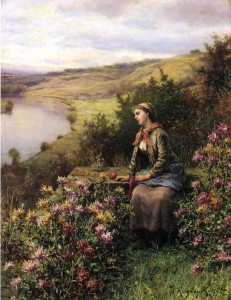 I know I’m going on about the gay marriage thing in New York, and I promise I’ll move on to something else soon, but frankly the wailing and the gnashing of teeth is too much fun not to revel in it for a while.

Over at Kathryn’s No-Fun House, Rick Frothy Mix Santorum is going all out on his firm belief in the power of the Federal government and the President to overturn states’ rights:

Unlike others in this race, I believe it is the role of the president to weigh in when states try to redefine the meaning of marriage. Marriage is defined in the federal law as a legal union between one man and one woman as husband and wife; any state that redefines marriage is wreaking havoc not only with the definitions of the federal law and the majority of states, but, even more importantly, with the single most important and time-tested institution of every successful society.

… that is, of course, unless the issue is healthcare or abortion in which case the Federal government should just back the fuck off.

Santorum continued to pummel Obama, accusing the president of being “fixated on accumulating power in Washington” and believing “government’s role is to control … rights.” Insisting that the federal health-care law that Obama backs was the ultimate representation of this agenda, Santorum ripped into it. “Obamacare is a game-changer,” said Santorum to the cheering crowd. He insisted the measure will “cede your freedom” to Washington and accuses the Obama administration of looking to make Americans “addicted to government.”

Ricky is at least slightly less mad (and that’s saying something) than Snake-Eyes Bachmann whose years of practice at believing all those internally inconsistent bible verses at the same time is coming in handy right now.

But news anchor Chris Wallace, during Fox News Sunday, asked her the obvious question: “If you support states’ rights, why do you also support a constitutional amendment which would prevent any state from recognizing same-sex marriage?”

“That’s entirely consistent,” said Bachmann. “The states, under the 10th amendment, have the right to pass any law they like.” And federal legislators, she said, have the right to submit amendments to the federal constitution. She droned on a bit about how she’d prefer the issue be decided through ballot measures but how it will almost certainly end up being decided by the U.S. Supreme Court and she’s against “activist” judges.

Sister Kathryn of the Neglected Womb is busy moving the goal posts because, don’t you know, having rules decided by elected legislatures is now grossly unfair and the only way real way to decide such matters is by a referendum or, even better, by slicing open a goose and reading its entrails:

But even in New York, there was reason for Democrats to believe that this was their safest bet, that putting it to the voters wouldn’t have worked out for gay-marriage advocates.

Pollster John McLaughlin, who is based in his native New York, raises the question: “If they had brought the gay marriage bill to a public referendum, I don’t think it would have passed.” He continues:

No state has ever passed it via referendum. Even California saw Proposition 8 fail. The fact that Governor Cuomo pushed it through without a referendum, which would have taken two consecutive years for the legislature to authorize, just shows that he and his allies were concerned that it wouldn’t pass — especially if it faced a two-year public debate. Gay marriage often over-polls its approval levels. People sense the media is pro-gay-marriage and either say they are for it or undecided, when they are not. Prop 8 failed due to majority African American, Latino, and Asian American opposition. A New York referendum would have been very important. Now we’ll never know.

My favorite response to Catty Kathy’s intellectual incoherence is that of the very shrill Adam Serwer over at Prospect Blogs:

So instead tyranny simply becomes the passage of laws that “contradict the common good,” as defined by Kathryn Jean-Lopez. But of course she bears no ill-will towards the imposition of such laws onto the few by the many, as long as such laws are consistent with her own views. Where democracy “fails” in the sense that her preferred result is not achieved, the will of the one or the few–in this case the dwindling minority in favor of interfering with the individual rights of same-sex couples–does not provoke objection.

Tyranny is thus redefined, not as mob rule or even the use of the state to enforce the views of the minority upon the populace, but as “stuff I don’t like.” Jean-Lopez seeks not an antidote for tyranny–tyranny is the objective. The disease she wishes to cure is democracy, which is what makes her analogy to North Korea all the more pathetic.

Pathetic and Kathryn Jean Lopez. Who would ever have thought we’d see all those words in the same paragraph?