You are here: Home / Just Fucking Kill Me

These people are fucking clinical: 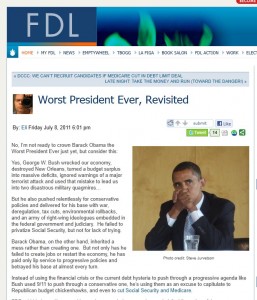 Any good liberal in the year 2011 would be confused when choosing between Obama and Bush for the title of “Worst President Ever.”