You are here: Home / Foreign Affairs / Military / For the Record: An Alternate View

Barney Frank has written a clear, detailed and carefully reasoned explanation of why he voted against the debt ceiling bill.  It’s long enough to send most of behind the screen, but I want to highlight on the front page what my congressman had to say about our job now:

I appreciate you taking the time to let me know of your views on the debt limit.  As I will explain later, I think part of the reason that we wound up with a very unsatisfactory bill – one that I voted against – is that there was a disproportionate volume of communications from people who take a wholly negative view of virtually all government activity.  Fortunately, now that their efforts have called some fundamental values into question, a more broadly representative sector in the American public is speaking out and I think that will have a good result. [emphases added]

That is:  keep those cards and letters coming, now, through the summer, and all the way to Christmas. 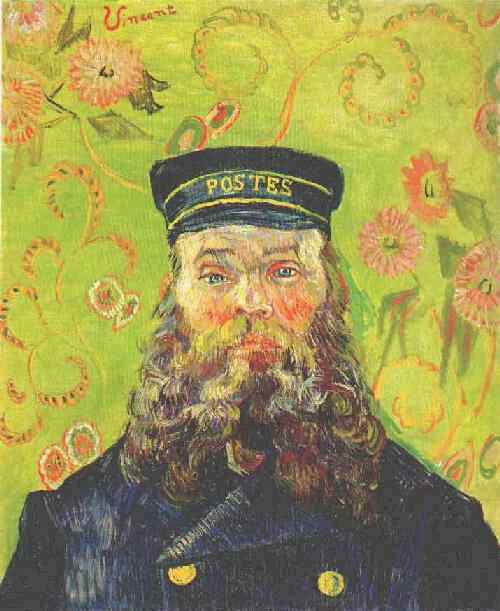 There’s a lot more, all worth reading, reminding us (me) that despite the relatively negligible damage done up front by this deal, the potential remains for much worse to come.  To get Frank’s take, there’s a lot more below the jump.

As to this legislation, I was originally appalled at the notion that there was dispute over raising the debt limit.  It has never been controversial – as many noted Ronald Reagan asked for it several times.  It is the exact equivalent of paying your credit card bill or your mortgage when they come due.  But the election, last year, of a radical faction of people who combine, in my judgment, an ignorance of the way government actually functions with a philosophical opposition to important public functions, put us in a dilemma.  While I do not agree with everything the President did in this situation, I sympathize with him because the fundamental problem was that he was confronting a group of people prepared to blow up the whole enterprise.  When you are dealing with very radical people, who are prepared to tear things down, you are, unfortunately, at a disadvantage.  And for that reason, I was prepared to vote for a bill to raise the debt ceiling that would have included elements I did not like.

I say that because a failure to raise the debt ceiling would have had terribly negative consequences.  First of all, it is axiomatic that if you don’t have enough money, you are unable to avoid failing  meet your obligations.  So the people who are most vulnerable in our society would have been hurt the worst.  But the whole economy would have suffered as well.  For that reason, I reluctantly voted on Saturday for the bill proposed by Senator Reid, which did not have increased taxes, which I think are very important, but which at least had equitable spending reductions, very particularly including a trillion dollars that he anticipated saving when we ended the wars in Iraq and Afghanistan.  These wars are terrible drains on our budget that, hypocritically, many conservatives seek not only to minimize but to increase.

When I saw the bill on Monday morning, my initial reaction was a hopeful one because it had been described to me as something that would put real limits on military spending.  But then I read it.  It had two serious flaws in that regard.

First, it exempted the wars in Iraq and Afghanistan from any spending limits whatsoever.  This is incredible.  We are restraining everything else – firefighting ; vital research on cancer; aid for homeless people; repairing dangerously decayed bridges, etc. – but we were told there would be unlimited spending for Afghanistan and Iraq.

Beyond that, the initial announcement was that the spending cuts would be parceled equally between military spending and non-military spending for the next ten years.  But the bill turned out to impose that division only for the first two years.  For the next eight years, military spending would be unlimited within the overall cap, and past history suggests that this would lead to increased military spending at the expense of vital domestic programs.  I support a strong military, but the $700 billion a year we are now spending on military – far more than we spend on Medicare – greatly exceeds anything necessary for our legitimate national security and in fact gives some our leaders an incentive to engage in military activity that is unwise.

There was one other part of the bill that I opposed.  I am pleased that it made no cuts in Social Security and protected Medicaid, a very important program for low-income people and one that has a very important impact on state budgets.  But it provided for a cut of up to 2% in Medicare.  It is true that it said this would come only from providers and not from beneficiaries, but there are three problems with this.  First, we made some sensible restrictions in what are paid to Medicare providers in the healthcare bill.  Ironically, the Republicans who are now pushing for even further cuts denounced us by grossly exaggerating the effect those cuts would have had.  Second, restricting funds to providers in Medicare, when non-Medicare reimbursements are not restricted, means that many people will have trouble getting access as some doctors decide not to participate.  This is especially a problem for older people who may lack mobility and live in areas where there are not a lot of physicians.  Finally, I do not regard healthcare providers as bad things.  They are sources not just of good medical care but, in much of the district I represent, of jobs.  Hospitals are major job sources in Fall River, New Bedford and other cities in the southeastern part of Massachusetts, and these are also jobs that cannot be outsourced.  People cannot administer to patients from Mumbai.  In addition, innovative drug and other medical technologies are, for Massachusetts, a major source of economic activity.  Again, in the district I represent, there are several such companies, and while I do not think we should be lavishing money on them, I do not want them singled out for excessive restriction.

For these reasons, I voted against the bill.

Had there been an increase in tax revenues, this would have overcome my objections.  That is, the absence of tax revenues alone would not have led me to vote against the bill if the military spending was restrained.  But to have unrestrained military spending and no new tax revenues guarantees that virtually every other part of the government would be unduly cut.
I alluded earlier to what has been an imbalance in the communications we received and my satisfaction that that appears to be over – namely that people who understand the importance, in a civilized society, of our joining our efforts by speaking out.  This gives me some optimism for next year.

The way this bill is set up, over my objection but nonetheless now law, we will have a very serious debate next year.  The Bush tax cuts , which exacerbated the deficit so much, will expire at the end of 2012.  If the 12 Member committee set up under this bill cannot come to an agreement, which seems to be the likeliest outcome – we will have what is called sequestration, with very deep cuts in a variety of programs, taking effect on January 1 of 2013.  What this means is that for all of next year – we should begin it this year – we will be debating two scenarios.  In one, we will allow the tax cuts to continue for most Americans, but return the tax rate on incomes over $250 thousand to where it was under Bill Clinton – when we had a strong economy.  What this means is that for every thousand dollars people make above $250 thousand, they will be required to pay $30. more in taxes.  (Their marginal rate will go from 36 to 39%) I am prepared to argue strongly that increasing the tax on someone making half a million dollars a year by another $7500. will have no negative effect on his or her economic behavior or well being.   And if we do not raise these tens of billions, it will mean further deep cuts in Alzheimer’s and cancer research, firefighters, environmental clean up and aid to community colleges.  This is a very important debate.  I believe that when the American people look at the deep cuts in services that will come from a sequestration versus a tax increase of $300. for every thousand dollars earned over $250,000, the great majority will be on our side.  And in this case, since the Bush tax cuts are due to expire, that would have to be reenacted by both Houses and signed by the President, we will have the leverage this time as opposed to those who had it last time because they were ready to blow things up.

So I am sorry that the bill came out as it did, although I am pleased that we protected Social Security and Medicaid, and at least began the process of cutting the military.  But a lack of any increased taxes and a continuation of preferred spending status in the military, meant to me that it was simply not acceptable.  And I am now committed to making sure that we have the debate that I described above because I think once that happens, we will not again face such a terrible choice.