You are here: Home / “Who is the worst science writer?” “Gregg Easterbrook” “Who is second?” “Ah, Your Majesty, there is no second.”*

[Fair warning:  this post is merely the scratching of a pet peeve.  No grand significance here.  You have been warned.]

I don’t know why, but I still, more or less as a reflex, skim Gregg Easterbrook’s Tuesday Morning Quarterback column over at ESPN.  (No linky, ’cause I’m kind — but it’s easy enough to find if you are so moved.)

That Tuesday habit is one I really should break, not least because even a quick scan robs me of five minutes I’ll never get back.

But the real reason to give the column a miss is because it is depressingly often larded with nuggets like this:

A Cosmic Thought: Last week researchers announced they had found, in a South African cave, evidence of painting 100,000 years ago. The previous oldest evidence of painting was from 60,000 years in the past; the famous Lascaux cave paintings in France were made about 17,000 years ago. The latest find, in South Africa, shows both that our ancestors were experimenting with iron oxides to make permanent paint 50 millennia in the past: all that time ago, they painted inside caves, seeming to hope their work would last long enough to be seen by distant descendants.

Each time telescopes improve, the universe is revealed to be larger, older and grander. Each time anthropology makes an advance, the human experiment is shown to be older and more complex than thought. Who can say where the cosmic enterprise may be headed?

A bit of backstory.  Easterbrook has been around a long time, promoting a technological optimist’s view of a lot of problems facing us.  He’s been a climate change scoffer — Naomi Oreskes, (whom I interviewed this week — podcast available here) called him out for deeply misleading writing on global warming as far back as 1992, when he put professional denialist Fred Singer’s words in the mouth of the enormously distinguished climate researcher Roger Revelle — all in an attempt to paint Al Gore as a (not yet fat) environmental extremist.  (See p. 194 of her excellent book, Merchants of Doubt.)

Easterbrook is also one who pulls cards from the bottom of the deck when it comes to science and religion.  One tactic he’s used fairly often  is to chip away at the authority of science as a measure of the material world by stray snarking at all that science doesn’t know.  Things like dark matter (who knew!) and dark energy — what? 95.3 % of the mass-energy density of the universe is made of stuff we can’t see? — all add up (for Easterbrook) into a sly case that maybe scientists don’t know as much as they think they do…which leaves room for more supernatural speculation. 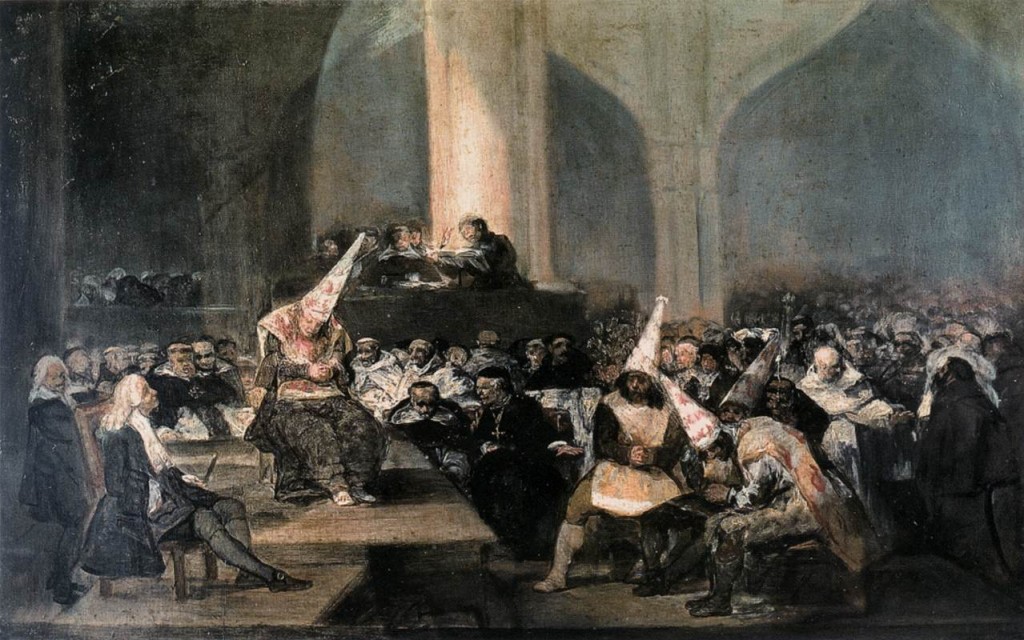 That’s the old God of the gaps argument in defense of faith.  It’s a semi-regular source of fun in my science writing class to bring in a scientist to talk to our graduate students about what it’s like to be on the other side of the notebook — and in such sessions we’ve regularly found Easterbrook’s classic bad faith advance of this tired old trope in this Wired feature  serving as a “don’t-do-this” example.

And here it is again, more subtly framed than usual.  I got nothing against Easterbrook’s noting that there are ongoing discoveries in paleo-anthropology, though I have a bit of a problem with his fatuous statement that these ancestral paint works, amazing as they are, reveal any desire of early homo sapiens to communicate with us.  The past is a foreign country, Gregg.  They do things differently there.

But anachronism is a venial sin.  More serious is Easterbrook’s cleverly un-ostentatious transition to the power of telescopes to reveal cosmic riches. It’s a subtle move, but the effect is to link human aspiration with some kind of cosmic teleology, a goal to which we and the universe aspire. 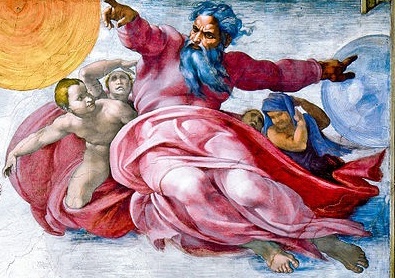 He’s still retailing gaps and God:  look, Easterbrook says, every time we chip away at our ignorance, we find more wonders.  All that we don’t know is evidence of … he doesn’t quite say. But the implication is clear:  it’s an enterprise, it’s cosmic, and it’s heading somewhere.

As a matter of fact, he’s wrong.  The history of astronomy since Copernicus is one that continuously deflates the idea of human centrality in the universe (which is what makes his anthropology-cosmology faux transition so egregious).  The suggestion of a goal, especially one in which (by juxtaposition) human ingenuity is implicated, gives the game away.  And most of all that phrase, “the human experiment,” is a tell.  If we are the objects of experiment, who is the experimenter?

And that’s what makes Easterbrook’s the worst kind of science writing in my book:  the goal of this writing is not to illuminate, but to emphasize false mysteries, to conflate hugely disparate ideas and discoveries, all to advance an argument that theologians themselves have long disparaged.

I suppose, amongst those we read and mock as needed, he’s hardly the worst.  But he gets my goat, so there.

*referencing this, for those among us with little interest in holes in the water into which you throw money.

Images: Francisco de Goya, The Inquisition Tribunal, between 1812 and 1819

Michelangelo Buonarroti, The Creation of the Sun and the Moon,  (Sistine Chapel ceiling) 1512.