You are here: Home / Past Elections / Election 2012 / The Professor teaches history as fantasy… 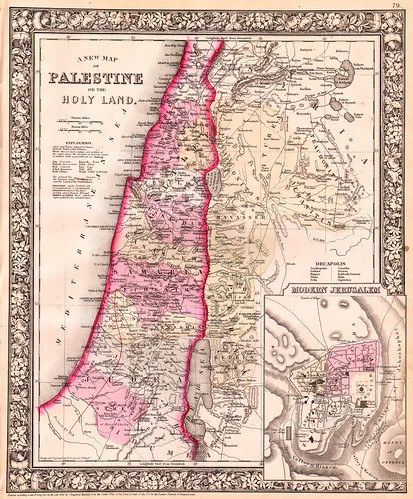 The Professor likes to cast himself as a “Historian”. When you listen to his views on the events of the past and their meanings it becomes quite clear that his idea of history is as a tool for telling stories that support his political goals, please his patrons and line his pockets. For Newt, History is just a grift.

Now there are plenty who agree with the notion that all history is political and represents a narrative of the powerful and that these narratives are used to keep the masses in line. There is some truth to the notion that history is propaganda for the elites, but that is not always the case. Real Historians–unlike Newt–review original sources and competing narratives to try and find facts and any truth that can be verified and proven by the record. This process is informed by every generation and their issues of the day, but over time the truth ekes out. The last sixty years have been a Golden Age of History where more and more facts, sources and source narratives have come to the surface for review and consideration. Certain things can be called Historical Facts. It is the very idea that there are Historical Facts that The Professor works to oppose and undermine. In their place he wishes a return to the days of a Century ago when all History was controlled by the propagandists of the British Empire and the Lost Cause disciples of America. The common thread in both narratives was White Male greatness and the weakness of all other races and cultures.

And this brings us to Newt’s line that Palestinians are an “invented” people. It is predictable that Newt would say this, but not because of his understanding of the Middle East or any aspect of the I/P conflict. That stuff really does not matter to The Professor. Rather, he sees Israel as an outpost of White Male European Civilization and in Newt’s view of history that makes Israel part of the proof of the white supremacy narrative.

Now we could, at this point, spend time to point out how factually challenged The Professor is about Middle East History, the Palestinian People and history in general. We could point to the maps and documents used by White Males over the centuries as they refer to the land in question as “Palestine” (and these white guys never called it “Israel” on a map until some time after 1948). We might point out that even before there was an Ottoman Empire there were original maps and documents calling the place Palestine. You could point out that for most of that time Jews and Palestinians lived in peaceful coexistence on the land in question. You could even mention that it was Newt’s romanticized British Empire that laid the groundwork for today’s conflict in a cynical colonialist exercise designed to divide the region and steal its resources. One could spend time pointing out these and other historical facts, but it would not matter to The Professor or Wingnutopia. For them, the myth of the superior White Male Civilization is the root narrative that they want to believe and Israel’s only functions is to serve as a data point in support of that fable.

It is all a dog whistle. The Professor says similar outrageous things about non-white peoples all the time. He belittles their legitimacy and their ability–or even their right–to be part of the History of Civilization. When Newt discusses non-White people and cultures he likes to place thier impact on History in the context of Colonialism and White Male Civilization. A major plank in Newt’s critique of Barack Obama is his non-Whiteness. Newt’s claim about the “invented” Palestinian people is a way to reinforce that dog whistle. The Professor likes to suggest that Barack Obama is also “invented” by the same multi-cultural forces that hold White Male Civilization under siege. This is a major meme of Wingnutopia and very close to the core of their hatred of the President. And every Republican running for the White House (and most other offices as well) is compelled to embrace some aspect of the “invented”-Obama-as-a-sign-that-White-Civilization-is-under-siege meme. Their trouble is that Newt is just better at this racist dog whistle shit than all of them put together.

The Professor is on the move. He will be the Republican nominee and he will cast the 2012 Election as a battle to save White Male Civilization from Obama’s multi-cultural hordes. He will cast it an epic battle. And there will be some truth to that as many will march to the tune of his dog whistles to fight for a racist historical fantasy over reality.

I hope that Newt and his world view are completely crushed. It is long past time for his cherished narrative of White Male Supremacy to be cast onto the ash pile of failed ideas. And I’ll work like hell to ensure that outcome.