You are here: Home / Politics / A Whodunit in Florida 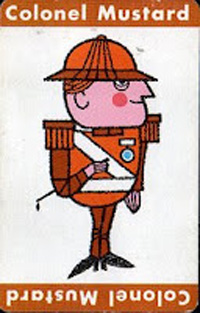 U.S. Rep. Allen West of Florida rivals even Rep. Joe Walsh, R-Deadbeat Dad, in personal and political assholery. Having been booted out of the Army for a harsh interrogation incident in Iraq, West went on to win a House seat during the 2010 election.

Since then, he has consistently hit every wingnut pleasure center, comparing Democrats to Joseph Goebbels, styling himself a modern-day Harriet Tubman sent to lead African Americans off the liberal plantation and accusing President Obama of playing the race card while speculating that a prospective Democratic opponent “likes running against black guys.” Here’s Rep. West, R-Plantation (honest to god!), last night telling President Obama, Nancy Smash, et al, to “get the hell out of the United States of America.”

The teahadists eat that sort of thing up with a spoon, naturally. But the Florida GOP, which has a supermajority in the state legislature and is headed up by GOP Governor Rick “Voldemort” Scott, has undertaken a project to redraw the state’s districts — after being compelled to do so by votes on a ballot initiative in 2010. And it looks like Mr. West might be headed south.

Who would rob the nation of such a fiery demagogue? Wingnuts can’t pin this one on the Dems, who are pretty much powerless in Florida. But Colonel Mustard has a clue:

One of the rising stars of the Tea Party is about to be sacrificed by the Republican establishment in Florida, led by someone spinning for Mitt Romney.

It was Will Weatherford in the Conservatory with a wrench! Well, the truth is, West was in some trouble with voters anyway. I don’t live in his district, but from what I understand, voting in a certified loon like West was something of an aberration for that area, and it’s possible they find West’s constant grandstanding a bit embarrassing.

Also, the state GOP had to be prepared to shed a few seats while still stacking the deck in their own favor. So, tough luck, West. The extent to which this develops into a Tea Party-Establishment flap is just warm, rich, savory gravy.