You are here: Home / Past Elections / Election 2012 / The power of regular action… 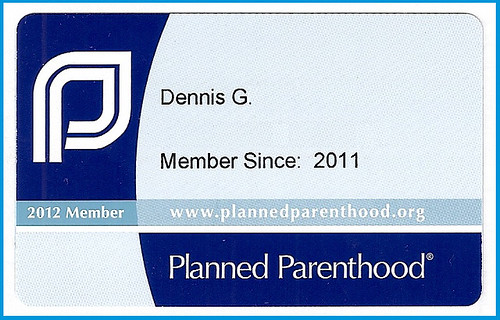 I think it is safe to assume that Balloon Juice has adequately covered the SGK for the Cure’s epic parade of FAIL over the last week and that another post to pile on is not that necessary. Still, in light of the outrage and the desire that many have shown to fight back, I wanted to say a few words about the power of regular action–and especially the regular action of donating funds.

I work at a nonprofit. One-time donations are great and so are annual gifts, but what is really helpful are those folks who support your work with regular monthly giving. This helps your bottom line, other fundraising and your ability to plan for actions, programs and campaigns that support your mission.

Last year when the GOP took control of Congress and many State Governments, they began an organized War on Women. Planned Parenthood became the object of their fantasies and the target of their bile. It was then, that I started making a regular monthly donation to Planned Parenthood. It was not a lot–somewhere between the cost of a nice six-pack of a fine microbrew beer and a Martini–but it was a monthly donation that they could count on as they fought the wingnuts and worked to help women take charge of their health.

In the wake of the recent SGK for the Cure flap I called and doubled my gift. Now it may be that many of you have given a donation to Planned Parenthood in the last week and if you have that’s great, but I want to encourage you to consider giving them a regular monthly gift. It does not have to be a lot. Monthly giving programs start with $5 a month and go up from there. If you think you could give a monthly donation go to the Planned Parenthood web site. Click on the “Donate” link on the upper right side of the page and then select the “Monthly” tab. After that all you need to do is fill in your details and select your level of giving.

If 150,000 people gave Planned Parenthood $5 a month they would give them–every month–as much as they got–each year–from SGK for the Cure before their epic FAIL. And with that Planned Parenthood could help many, many more women take control of their health. Yes, 150,000 people is a lot of folks, but not when you look at the number of folks posting comments on Blogs, Facebook and Twitter about the latest wingnut inspired dust-up.

So, go and donate if you can. Your monthly gift of any size will give Planned Parenthood the resources they need to fight back against this latest iteration of the endless wingnut war on women.

ps: By the way you can also make monthly gifts to President Obama, the DNC, the DCCC, the DSCC, your favorite candidate and/or nonprofit organization. This kind of sustained giving makes a real difference.