You are here: Home / Past Elections / Election 2012 / The Bishops make their move 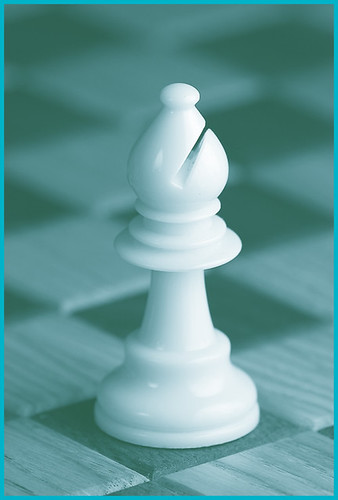 So it looks like the Bishops have decided to double-down on their latest effort to have the Federal Government enforce Church Law.

The President offered up a rhetorical solution in response to their rhetorical freak-out over language in a new health insurance rule and the fiction that their objection was about religious freedom was exposed as bullshit. They could walk away, but instead they are pumping up the volume to keep the issue alive. It is a political play that has more to do with Republican politics than almost anything else.

The Bishops are demanding an end to any rule that requires any insurance company to cover any contraception or family planning as basic health issues for women. This is just the latest iteration of a centuries old objection to women having control of their bodies, their lives, their happiness and their liberty by the conservative power-focused elites running the Roman Catholic Church. This objection manifests itself in screeds against anything that treats sex as an activity separate from breeding and/or free from the dictates of Church Law.

And yet, I don’t think this latest play is about sex or even the Church trying to control the lives of women–I think it is about power and that sex, women, gay marriage and a host of other culture warrior issues are the pathway that they see as the golden road.

For anybody who has looked at the history of the Catholic Church (and any organized religion for that matter) a key part of their activities over time becomes how to maintain power, privilege and influence–and all the goodies that come with it. Eventually that is all that matters for the institution. The greatest success in this effort always comes when political leaders bow to the dictates of the Holy Roman Church and agree to make State Law subservient to Church Law. Back in the days of Kings and Queens you only had a handful of elites you had to work with and the mutual pursuit of power inspired many of them to treat Church Law as State Law. It worked for a long while and then came the Reformation, Protestantism, King Henry, the Enlightenment, Democracy and eventually a desire by more and more people to make their laws free of religion and the dictates of any Church.

The United States of America was founded on the belief that Church and State are separate and that the Laws of this Nation trump the laws of any religion–including the Roman Catholic Church. As you can imagine, this has made the conservative wing of the Catholic Church quite sad. For over a century they have been on the losing end of many political fights–especially when it comes to women in America. The Church opposed suffrage for women and any effort over the years that might free women from the Church sanctioned role of breeder. The Church has fought every form of contraception and lost most battles. They also have lost the battle of finding any American politician who was willing to embrace the idea that US Law should be subservient to Church Law–until now.

In the 2012 Republican race there are two Catholics running for the GOP Nomination and both have rejected the JFK formulation that US Laws and the Constitution trump the laws and dictates of the Catholic Church. Both Newt Gingrich and Rick Santorum have signaled they will follow the orders they are given by the Bishops, but Santorum is the one the Bishops are fighting for and that is why they are doubling down on the Contraception flap.

If the Republican Primary is a campaign over the economy or even hatred of President Obama, then the endpoint will be a Mitt Romney victory. The only way to shake things up is to have the Republican base focus on something else.

Newt has placed his bet on neo-Confederate racist dog-whistling and an appeal to white-victimization. It is a smart play, especially with so many Southern primaries coming up and the 40-year old Dixiecrat takeover of the GOP. And while all Republican candidates are working hard to play this card, Newt is something of a Ninja master of the politics of resentment and race baiting. The downside for Newt is that Mitt proved in Florida that money and negative ads could block and distort Newt’s message. Barring a third rise from the ashes (which is still possible for Newt), Mittens has learned how to neutralize the Professor.

Santorum is a different problem for Romney. His shtick is firmly rooted the Culture Wars of wingnutopia. If the conversation of the GOP Primary shifts to the Culture Wars Santorum will surge–especially if the focus of the culture wars is on sex and bodily functions. This is Rick’s sweet spot and the Bishops have decided to double down on their Grail to end the existence of contraception as a way to help move the Republican Primary to topics that will help Santorum win the nomination. If the main topic in the Michigan Primary is the Culture War and the Bishops are sending out Sunday letters, Santorum will surge all over that State. The U.S. Conference of Catholic Bishops is working to drive the GOP Primary debate to issues that will help Santorum beat Romney. And all they ask in return is that Rick agrees to bow to the dictates of the Holy Roman Church and place Church Law above US Federal Law and the Constitution. It is a request that Santorum will fulfill.

Supporting a Santorum surge is an opportunity for power and that is why the Bishops are doubling down on opposing any insurance company offering any contraception or family planning services to anybody, anywhere. Ultimately the entire issue is about power and not about sex.

I grew up Catholic. I went to Catholic schools from first grade through College. I worked at a church as a janitor for years while in school. I even seriously considered the Priesthood at one point. I love Liberation Theology, the Catholic Workers and the work they do and the work done by many others in the Church, but there has always been a part of the Church that puts the pursuit of power on this Earth ahead of all other concerns. The U.S. Conference of Catholic Bishops speaks for those weasels in America. The pursuit of power is why pedophiles are still protected by the Church, why human rights for women, LBGT folks and members of other faiths are sometimes opposed by the Church and why a discussion about who gets to control the vaginas of America is more important to the Church than a focus on who will fight for the poor, the oppressed, the imprisoned and the neglected.

The U.S. Conference of Catholic Bishops is why I walked away from the Church of my upbringing and why my Baptism into the Catholic Church fills me with a bit of shame every time these weasels make another transparent grab for political power.