You are here: Home / Civil Rights / Racial Justice / Post-racial America / This is Why the Kristols and their Herd of Rampaging Ilk Haz a Sad

ABL and John have already hit this one hard, but, having dealt with the mouth puke that comes from reading the source text “outing” Sandra Fluke’s boyfriend as (horrors!) a Jew, I’m feeling the need to add my $0.02.

It’s probably not worth bothering with the historical idiocy used to underpin that source’s overt anti-Semitism, (no link to the asshole, but check out Tbogg for both righteous smackdowns and the connection if you want it).  But given the time I spent getting to know that notorious Jewish Socialist nutbag and traitor to all that is good and just in the world, Albert Einstein, I can’t pass without comment this one line:

New Bedford, MA, where Raphael Mutterperl ran the family’s manufacturing arm, was a hotbed of  Marxist trade-unionism in early 20th century America. Why? It was easy to “sell” radical trade-unionism to a whole people group who were brought up in the lap of Weimar Marxian ideology, because New Bedford had many new eastern-European Jewish immigrants living there at the time, including, of course, the Mutterperl family.

There truly aren’t enough integers to count the stupid in those two sentences, but just to offer one more of my futile nods to what we laughingly call “reality,” I’d like to point out that the Weimar Republic was, of course, an explicitly anti-Marxist political construction (see, e.g. the the decisions taken by the SPD government during the January Uprising, a of January 1919. 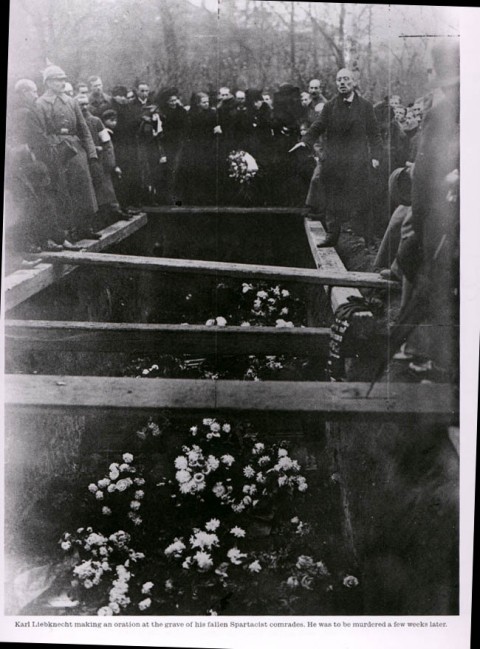 Hint: when the German Communist Party’s campaign to destabilize the the Social Democrat-led government turned into an insurrection, that government called for help from the old Kaiserene military elite, and deployed Freikorps, unofficial units of former soldiers led by right-wing officers, to crush the insurgency.)  The sense (sic!) of the phrase “Weimar Marxian ideology” is roughly analogous to this: “Pentacostal Islamic theology.”

And then there’s the bizarre take on New Bedford as a hotbed of Weimar (read Jewish) degeneracy.*   I actually checked out this fine young idiot’s link, which led me to a truly anodyne pamphlet on New Bedford’s Jewish history.  There, using the man’s own source, I discovered that any German Jews in New Bedford in the early 20th century were mostly descendents of migrant peddlars who arrived in town in the mid-19th century — hardly a likely well spring for “radical trade-unionism” born amongst Berlin Reds in the 1920s.

Eastern European Jews started showing up after about 1875 — but they could no more be Weimar fifth columnists than their predecessors and, what’s more…

…Oh, hell.  Why bother.  You get the idea.  The actual facts about the American immigrant experience hardly matters, not when your eyeballs fill with blood and your eardrums throb and all you can see or hear is Jew, jeW, jEw, JeW, jEW, JEw, JEW. 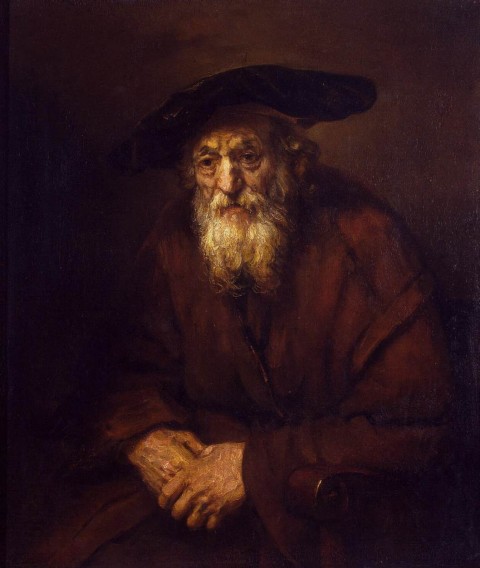 It is a necessary condition in the formation of this style of antisemitism that bone ignorance be combined with utter certainty, so it’s no surprise that our little friend proves such a putz.**

That he should be shamed, ridiculed, and embarassed to within an inch of his capacity to scribble in crayon is fine by me, but what really struck me on reading his attempt to combine word strings into something that reads roughly like English was that here we have the real answer to the question that sometimes pops up in neo-con Jewish circles:  why won’t their co-religionists join them in voting Republican?

I’ll give y’all a hint:  It’s not because — or not simply because — we think Republican policies violate the injuction to tikkun olam — to heal the world.  Nor that the claims of both tzedek and tzedakah, justice and charity, are ones that the contemporary GOP denies at every turn.  Nor even the argument that reflexive support of the worst impulses in Israel is the surest way to do Israel great harm over time.

No, at least in part, and on some level of deeply sensed distrust,  it is because I and lots of both secular American Jews and deeply devout ones know that when you scratch enough of those with whom our co-religionists would have us ally, you get this kind of dreck.

Put it another way:  listening to a party whose dog whistles against our first African American President have become as audible as air raid sirens, it’s not that hard to remember the rest of the package bundled with such loathesomeness.

There are a lot of reasons to support Barack Obama in the coming weeks and months.  One big one is that you have to remember that the folks putting the hate on what an African American in the White House symbolizes have lots more rage  to go round.  That this lesson gets daily reinforcement helps make this election season at once so fascinating and so repulsive.  For today’s reminder, and for that service only,  I am grateful to the imbecile who decided that the Jewishness of Sandra Fluke’s partner is such a profound mark of shame.

Oh:  and f**k you with a rusty pitchfork, you spawn of history’s sewer.  Also too.

*That’s what I think really lodged in this unfortunate writer’s excuse for a brain: Weimar, we know, is associated with not just Jews, but gay Berlin (oh! That Isherwood fellow again) terrifyingly non-uplifting art (who is this George Grosz and why can’t he paint nice pictures of flowers and birds?) too much sex and who knows what else besides. Anything with that much going on is a priori evil, and given that Marxism is wretched to the root as well, then what the hell….

**And no, I’m not referring to the traditional Amish Christmas nativity scenes.  Why do you ask?

Cross-posted at The Inverse Square Blog.