You are here: Home / Economics / Free Markets Solve Everything / Unclear on the Concept

From today’s Times story on gender discrimination in Silicon Valley:

“If you believe every allegation in the complaint, it’s appalling and an important window into how the valley works,” Mr. [David A.] Kaplan said. “But I’m somewhat skeptical. The clichés you hear in the valley are about the pranks, the obsessiveness, the Foosball tables. You don’t really hear about randiness and mistreatment of women. That doesn’t prove it’s not there, but that’s not the lore.” [Emphasis added]

Uh, Mr. Kaplan.  You might want to think on that.

Consider this analogy:. Let’s say there’s a cult of cannibal WASPs in San Francisco who decide that they need to eat actual human body parts to fully take part in communion. (Why yes. I am rereading my Armistead Maupin.  Why do you ask?)

Do you reckon that fact will become part of the lore at Grace Cathedral?

I think not.  The first rule of Fight Club and all that. 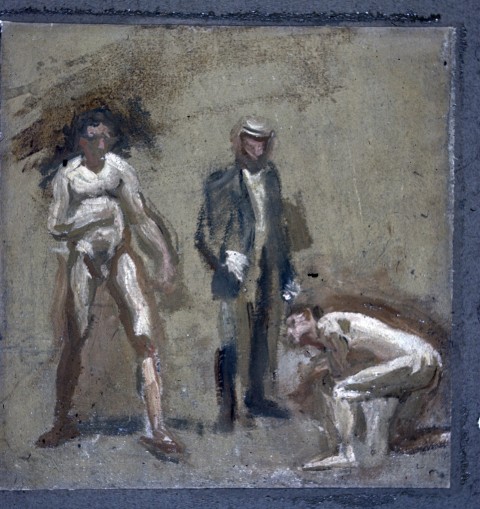 Out of the realm of fiction,  the reality of embedded discrimination is that it does not form part of the “lore.”  It’s in the water, the air, so pervasively integrated into the daily life of whatever community in which it is embedded that no one need and very few recognize its existence — at least among those on the winning side.  How many white southerners in 1950 perceived the daily reality of their lives to be one that benefitted from the systematic oppression of their African-American neighbors?  Some, but it wasn’t part of the lore; it was just an unexceptionable fact.

So too with gender.  Example close to home:  until the 1999 report on  Women Faculty in the School Science at MIT, male faculty and leadership at the Institute were not in general aware of the conditions under which their female colleagues worked.  Here’s then-MIT President Charles Vest, introducing the report:

First, I have always believed that contemporary gender discrimination within universities is part reality and part perception. True, but I now understand that reality is by far the greater part of the balance. Second, I, like most of my male colleagues, believe that we are highly supportive of our junior women faculty members. This also is true. They generally are content and well supported in many, though not all dimensions. However, I sat bolt upright in my chair when a senior woman, who has felt unfairly treated for some time, said “I also felt very positive when I was young.”

Thus, when David Kaplan– in all sincerity, I’m sure — suggests that a charge of sexual harassment is implausible because the Valley’s oral tradition does not speak of it, the best response I can give is:

Dude.  Please.  Listen to yourself.*

*BTW — to belabor what should be obvious.  Just because someone makes a clueless statement like Kaplan’s, it does not follow that the specific charges in the Pao-Kleiner, Perkins dispute are true.