Can’t say how much I chortled in glee at this report (by old friend Dennis Overbye).

It seems that one of our deep spook agencies, the National Reconnaissance Office (AKA the other NRO) somehow managed to accumulate not one, but a matched pair of Hubble-class space telescopes.  These now belong to NASA.

What’s coolest is that these instruments were optimized for a particular task — reading the label on my undershorts — but it turns out that the design choices made to enhance the two ‘scopes capacities as ground surveillance tools are also nicely tailored for two of the key observational goals of the next space observatories.  The instruments are much shorter than the Hubble, which gives them a wider field of view.  That wide angle capacity — useful indeed if you’re sitting a few hundred miles up and trying to pick out details at Parchin or Houla — turns out to be just fine for some serious astronomy and cosmology:

The two telescopes have a 94-inch-diameter primary mirror, just like Hubble, but are shorter in focal length, giving them a wider field of view: “Stubby Hubbles,” in the words of Matt Mountain, director of the Space Telescope Science Institute, adding, “They were clearly designed to look down.”

Dr. Grunsfeld said his first reaction was that the telescopes would be a distraction. “We were getting something very expensive to handle and store,” he said.

Earlier this spring he asked a small group of astronomers if one of the telescopes could be used to study dark energy. 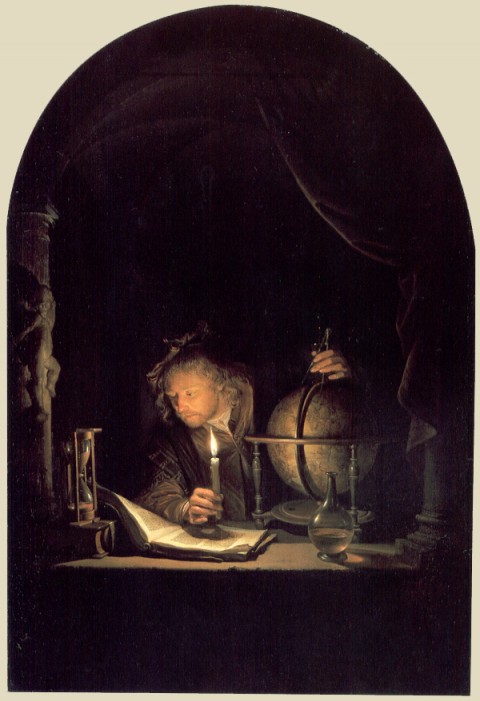 Even bigger advantages come, astronomers say, from the fact that the telescope’s diameter, 94 inches, is twice as big as that contemplated for Wfirst, giving it four times the light-gathering power, from which a whole host of savings cascade. Instead of requiring an expensive launch to a solar orbit, the telescope can operate in geosynchronous Earth orbit, complete its survey of the sky four times faster, and download data to the Earth faster.

Equipped with a coronagraph to look for exoplanets — another of Wfirst’s goals — the spooky Hubble could see planets down to the size of Jupiter around other stars.

Caveats: the instruments themselves account for only a relatively small fraction of the cost of actually launching and running an observatory in space.  And Dennis has his snark meter set (subtly) on eleven when he writes that “responsible adults in Congress, the Office of Management and Budget and the Academy of Sciences have yet to sign one.”  But still, given the years of starvation predicted for the space science side of NASA, this is the first news in a while that gives me the sense that we’re in with a chance.

A couple of threads below this one, commenter gbear complained that Balloon Juice today was not doing much to pull against the tug of depression.  I’m sorry — I don’t want to add to anyone’s sense of enfolding dark.  I’ll admit, it’s been hard for me to see much good in the news lately.  But this story reminds me that it ain’t all bad; far from it.  We can build unbelievably cool stuff — not bad for a bipedal ape (or a thinking radish).  And sometimes, it seems, a tool built to study the darkness of the human condition can turn around to capture the light piercing the expanse through which we journey on our pale blue dot. 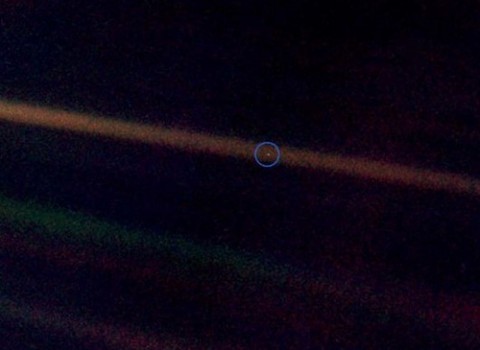 Previous Post: « Lying, Cheating, Hurting, That’s All You Seem To Do
Next Post: Always About the Feelings »