This is a particularly unflattering picture of Tunch from an angle that makes him look fatter than he is (hey- EVEN HEIDI KLUM HAS BAD PICTURE DAYS YOU ASSHOLES), but I felt the need to post it anyway: 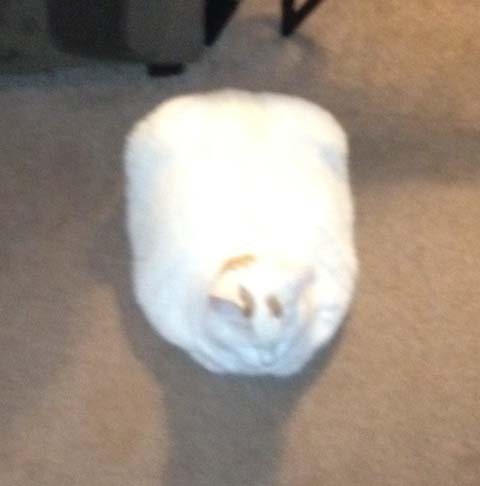 I just love that fat cat of mine.

Previous Post: « Euro 2012 Group C: Croatia, Ireland, Italy, Spain
Next Post: There Can Never Be Too Many Open Threads »