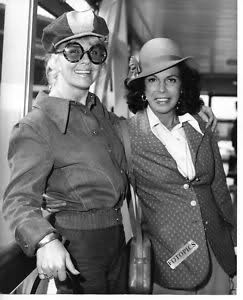 I saw quite a bit of Jacqueline Susann (take that how you will) during the war. Jack and I had been rewarded by our respective agencies with a cushy temporary assignment keeping an eye or two on a rather dishy German agent who was trying (and failing) to seduce Truman Capote.

Now, failing at seducing Truman is quite an achievement, given that young Fritz (for that was the German’s name) was available, adorable and Aryan, and that Truman would bang a duck if you slapped some Bay Rum on it and stuck a bottle of poppers under its wing.

The failure was none of our doing, I must add. Our bosses didn’t particularly mind if Fritz rogered Truman blind and legless and then extracted everything that Truman knew during the post-coital guilt. If Hitler wanted to know about the divine boy that Truman had sucked off at the Y last night and how yellow was Truman’s favorite color and how war was so, so sad, it was none of our concern.

Nevertheless, due to a series of unfortunate circumstances (including a dodgy curry, a spurned Sicilian-American dancer with a flick knife, an amusing misunderstanding about the meaning of the English word “submissive”, and three separate bouts of herpes), Fritz never quite got into Truman’s pants. Jack and I spent most of the time drinking gimlets and spiking Truman’s drinks with Pervitin when he wasn’t looking.

None of which is the story I originally set out to tell you, by the way. And yes, I will get to the book thread. I’m old and my mind wanders. Fuck off if you don’t like it.

Jack and I lost track of each other in the fifties because I was spending so much time in Cuba. I didn’t hear from her until 1969 when she wrote to invite me to dinner at her DC apartment – just (as Jack put it) a small dinner with close friends, a dinner with some meaning to it, a dinner that would be a celebration of something. She was, apparently, trying to get over her abortive affair with Ethel Merman, and had embarked on a rather less public dalliance with Pat Nixon.

Pat, of course, had become a lesbian the year before, more I suspect as a reaction to Dick’s chronic flatulence than any real desire for the love of a good woman. Or indeed a bad one. 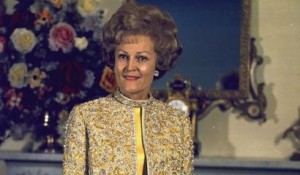 Bitsy Trump and I cadged a lift from Gloria. She always served spectacular champagne, so by the time we arrived we were all several under the pump. Truman came in a little later with a brasileiro rent boy called João, who immediately began flirting with Pat, which caused Truman to retreat in tears to the bathroom, so we spent the afternoon drinking gimlets, getting baked on a pan of particularly fine double-fudge rum-n-raisin brownies that Pat had whipped up, and lying around drawing monster eyebrows and a lazy eye on all the pictures of Sally Quinn in the society pages while listening to Brahms and the gentle sounds of Truman whimpering.

Gloria, Pat, João and I played a lengthy game of Twister, and at one point I came out of a quick nap for long enough to see Pat poking Truman with a broom handle while shouting “Cry it up, Streckfus!”, but most of the rest of the evening is a blur.

I do remember that one of Pat’s security detail brought burgers and fries and shakes, and Jack turned the news on so we could throw our pickles at Nixon. Just as Bitsy got Dicky fair in the gob with an onion ring, Jack looked across at me, raised her glass and declaimed “Nixon. Capote. I hate both those fucks. I hate their beady eyes and their stupid noses and their lying fucking mouths. Those fucks will ruin us all.”

At which Pat laughed like a drain and had to be heimliched after her olive went down the wrong way.

I have no idea what any of that means, but I’m scared to think what Jack would have said about Mr Romney or the Twilight books.

Now, it’s been a while since we had a book thread, so here you go.

My reading has been all over the place this month. I’m halfway through David Wong’s John dies at the end, an odd and disconcerting little story about small town kids, sex, drugs and the malevolent forces that live beyond the bounds of our universe and watch our world with hungry eyes. Wong is very funny and ably handles a plot in which the peace can be broken at any time by the abrupt appearance of a cloud of flying flesh eating worms or a golem made of slaughtered deer parts.

Gareth Roberts’ novelisation of Douglas Adams’ Shada was particularly good, both as an evocation of the book that Adams might have written and of Tom Baker’s Doctor and Lalla Ward’s Romana. Getting those things right without veering into pastiche or, on the other hand, bland unrecognisability is hard – just ask Michael Moorcock. Roberts pokes happily at some Gallifrey Base obsessions, including the argued overuse of the sonic screwdriver, the gay agenda and this (which is just cruel):

As Skagra watched, he learnt of the Doctor’s early history, academic achievements, his family ties on Gallifrey and elsewhere, and the exact reasons for his first flight from his home world. But all of that was irrelevant.

There’s even a very fine Monty Python joke about halfway through.

I also read The Time Travellers by Simon Guerrier, which I thought was an exceptional book. The first Doctor, Susan, Ian and Barbara are stranded in London in a 2006 in which Great Britain is at endless war after being devastated by the evil computer WOTAN, who will later (or earlier, depending on your level of wibbliness) be defeated by the second Doctor in The War Machines. All four leads are beautifully drawn, and Guerrier’s description of a conversation between the Doctor and Barbara about changing history towards the end of the book is passionate and tender and quite masterful.

I love The Flavour Thesaurus by Niki Segnit. The book is divided up by flavours, with each flavour cross referenced against most of the others to see what memories or recipes or random thoughts the combination brings to Segnit’s mind – from bacon and chicken (the proper number of bread slices in a club sandwich), to bacon and clove (a recipe for barbecue baked beans), clove and vanilla (which meet, along with coconut, in wine stored in French oak) and vanilla and cherry (Cherries Jubilee!). Fascinating enough to read from cover to cover, and perfect for dipping into for ideas if you happen to have a surfeit of oranges or cucumbers that you need to use up.*

The Kosher Guide to Imaginary Animals by Ann and Jeff Vandermeer made me laugh, and the divine Phryne Fisher mysteries (this month, Murder in the Dark) make me wish that I had been born 20 years earlier so I could have hung around in Melbourne between the wars – although I do suspect there wasn’t quite as much cocaine and shagging as Ms Greenwood describes.

Well, kiddies, that’s me. What have you been reading?

* I’ve been making pickled oranges and a French orange wine aperitif and bread-and-butter cucumbers all week. I smell like vinegar and booze which, frankly, isn’t unusual. Let me know if you want recipes.