You are here: Home / Past Elections / Election 2012 / You Just keep on Pushing My Love Over the Borderline 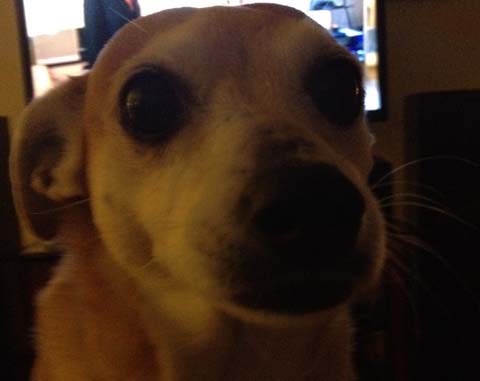 Lily is very concerned that her single payer health care (me, god damnit) is now socialism

The Republicans are demoralized, Roberts is now a dirty word in GOP circles, and they know there is no chance they will ever repeal what happened today. And while I know that, and I have still spent the whole day focusing on the radicalism of the four who ruled against ACA (with Roberts agreeing all the way up until the very end), the most important takeaway politically from what happened today is that the wingnuts lost. Not only did they lose, but they are crestfallen, demoralized, and there are bound to be recriminations and internal discord that can be used to our advantage politically. In one fell swoop, John Roberts ripped away all their socialism bullshit. The ACA is now the law of the land, it was upheld, and regardless of whether you wanted single payer or the mandate to buy private insurance, conservatives lost and will never repeal this.

They are now in disarray. Half of them feel betrayed by Roberts, the other half feel betrayed by life in general. The message for liberals should not be to move on from this victory, but to press the advantage. Obviously, Obama wants to move on and talk about jobs and the economy, but for those of us in the rank and file, this decision is an unlimited ammo dump. Keep pressing the advantage, keep talking about the benefits that consumers will experience under the law, keep mocking the “socialism” and “unconstitutional” claims, and keep moving forward. Remember, this is easy turf. A couple years ago Republicans were arguing that crushing a child’s testicles was constitutional. Now they want to argue that denying your child health care when he has leukemia is constitutional. Go in for the fucking kill, liberals.

For once in your god damned lives, put aside your fucking stupid beliefs about purity and how the public option was the bestest thing since sliced bread, accept the massive, game-changing victory you got today, and use it as a god damned bludgeon against the troglodytes whose health care plans are modeled after Ebeneezer Scrooge. For once, focus your bloodlust on Republicans instead of the DLC/Firebaggers/ANYONE WITHOUT AN (R) AFTER THEIR NAME. I’m begging you.

For once in your lives turn a win into a win, just like the Republicans were able to do when I was a wingnut (and half the time they were able to turn a loss into a win). Don’t argue amongst yourselves about what would have been better- smash the Republicans around the head and neck with the cudgel you have been given. We’re not debating which Democratic plan would have been better, we’re debating the reality of what we have now versus the 18th century version of what Republicans would replace it with.

Again, as a former wingnut and lifelong Republican until 2006 or 2007, I am fucking begging- treat a win like a win and use it to your advantage. The most depressing thing about becoming a Democrat after being a Republican for so many years is just watching Democrats shit the bed whenever they win. Press the fucking advantage.