When last we checked in on the moustache of wisdom, we learned the real reason we should start a war with Iraq.

One would have thought that would be the end of Tom Friedman as someone anyone could take seriously.  Hell, it should have been the start of the time people spat on the sidewalk as he passed them by.

But, of course, because we have been so well and benevolently led by our elites, Tom of the Married Fortune and Unmerited Influence continues to opine about the sacrifice and loss others should undertake in the service of his worldview.

And Iraq was such a bitter experience for America that we prefer never to speak of it again. But Iraq is relevant here. The only reason Iraq has any chance for a decent outcome today is because America was on the ground with tens of thousands of troops to act as that well-armed midwife, reasonably trusted and certainly feared by all sides, to manage Iraq’s transition to more consensual politics. My gut tells me that Syria will require the same to have the same chance. 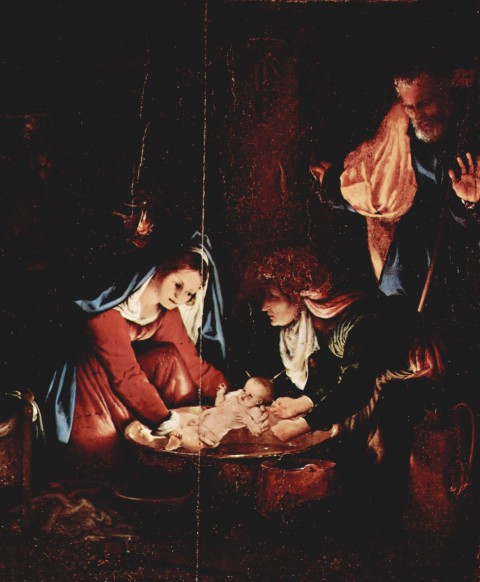 A little fisking seems in order.

And Iraq was such a bitter experience for America that we prefer never to speak of it again.

Because adults (and lots of children, in fact) understand that the best way to avoid repeating colossal f*ck ups is to try to understand what went wrong.  You know, talk about how we got into that war (lookin’ at you, little Tommie) how we planned for the post-combat phase (lookin’ at you George W. Bush and all your feckless minions) understanding the full weight of the losses incurred both by the US and the Iraqis we sought to liberate from oppression (in the best but certainly not an exclusive reading of our mission).  It would be useful to have some real inquiry into what fighting that war on those justifications did to the US, both in terms of human and material loss, and in terms of the damage done to our polity and society.  We used to be able to say that torture was everywhere and always illegal. Not anymore, bro…..Hell you get the idea.

Tom Friedman has an obvious motive to cry silence on the Iraq war; otherwise, his unblemished record of wrong — and of abject moral failure — would continue to get trotted out for a look-see.  As here.

The only reason Iraq has any chance for a decent outcome today is because America was on the ground with tens of thousands of troops.

Counterfactual not in evidence. “The only reason?”  Could sanctions have worked?  Could a Libya style involvement have been possible.  What about creating an independent Kurdistan in the north and starting from there?  I’m not saying any of these things would work, or even were plausibly good ideas at the time — but the “only reason” trope exists only to crush the possibility of argument over a claim that can’t be tested.  Gutless reasoning in other words.

And then there is the carefully worded phrase “any chance for a decent outcome.”

Begs the question, don’t it? How much of a chance do you need for a war of choice to have been justified on any interest calculation?  And what are those chances anyway?  From Friedman’s own employer:

BAGHDAD — Al Qaeda in Iraq carried out one of the most coordinated and baldly sectarian series of attacks in years on Monday, aiming for Shiite targets with car bombs, checkpoint ambushes, and assaults on a military base and police officers in their homes in an offensive that its leadership appeared to equate with the Sunni-led uprising in neighboring Syria.

The offensive, coming in the early days of Ramadan, the monthlong religious rite of fasting by day and feasting by night, was without precedent over the past few years, at least in the sheer number of attacks, spread over so many locations in a third of Iraq’s 18 provinces, from north to south.

It raised new concerns about the government’s ability to contain the violence, six months after the last American troops left the country following more than eight years of occupation and civil war that upended Saddam Hussein’s Sunni-led minority power base and empowered Iraq’s long-repressed Shiite majority.

“I think Al Qaeda in Iraq made a big joke of the government and the Iraqi security forces,” said Khalid Fadel, a military analyst and former instructor at the Iraqi Military College. “They were so clear that they were going to launch attacks during Ramadan, and the government said that they have information of about 30 terrorist groups entering the country, but still the security forces are unable to prevent the attacks.”

Look.  Maybe Friedman is right for once, though nothing in past performance suggests that I should count on anything but the triumph of hope over experience.  It would indeed be great if all that price paid in Iraq by all parties did create a foundation for peaceful social and public life in that country. (Though again, it’s important to remember Friedman’s classic mission creep.  Success is here defined not as t meeting our own pre-conflict objectives, the ambition to assert a Pax Americana in the Middle East and in the prevention of terrorist attacks, but rather by our i serving some grand missionary role to bring democracy to the great unwashed.)  But  in the face of the ongoing civil strife In Iraq, it’s simple counterfactual folly to argue that the US intervention in Iraq can be held up as successful.

Check out this phrase:

It’s possible to be a bad writer and a good thinker, though that’s a trick that’s harder than it looks.  But it continues to amaze me just how brutal an abuser of the English language is Tom Friedman.  Think of  all the richness of imagery and allusion of which the language is capable, and wonder at the epithet “that well armed midwife.”  It’s going to take some time before I can get the image of the US as a woman bending over the baby Jesus’s birthing table (see above), M-16 at her hip.  Shakespeare wept!

Wait! There’s more.  Friedman characterizes the US in Iraq as

reasonably trusted and certainly feared by all sides

WTF?  Were we ever trusted by any side?  This is just wishful rewriting of the actual skein of conflict in Iraq.  Pure nonsense.  This is Friedman telling himself what he wants — really has — to believe in  order not to see an imbecile with blood on his hands everytime he looks in a mirror.

And now to Fisk’s end:

My gut tells me that Syria will require the same to have the same chance.

Your gut?  Your F*cking Gut! Jesus, Mary and the mule, dude, only connect the dots for once in your life! 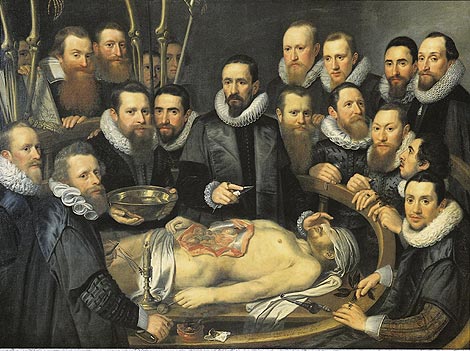 …is the least reliable organ of sense since Titiana beheld Bottom.

No one — and I mean absolutely no human being with a capacity for reason above that of a ficus — cares about your indigestion.  If you don’t have anything better to base your opinion on, Shut. The. Hell. Up.

But such moments of hungover clarity don’t count for much with me in a column so soaked with nostalgia for the time when the Friedmans of our governing class could tell the world to “suck on this,” and the US would send in the troops  in the service of middle-aged men’s fantasies.

Channeling my inner Brad DeLong:  why oh why can’t we have a better press corps?