I believe I mentioned before that I’m celebrating my release from academic administration by trying to read a library.  I’ve been focusing on recent books, and I’m on a mini-run of political books.  In that context I’ve recently finished Chris Hayes Twilight of the Elites — I have some nitpicks, but much more admiration, and I hope to blog about it soon; Christopher Hedges and Joe Sacco’s Days of Destruction, Days of Revolt — again some disagreement, but a must read nontheless.

Along the way I’ve been looking at some books calculated to raise my blood pressure in other ways — Ross Douthat’s Bad Religion, which I found to be not really worth bothering to argue with (such an embarassing display of poor historiography)!  I’ve also been dipping into Charles Murray’s Coming Apart, which combines an insight he shares with Hayes and a commitment to a prior conclusion that drives his core argument spectacularly off target.*  Still, it’s useful to get some sense of how the other side thinks and argues.

I do hope — I’d say plan, but I’ve learned how regularly day job stuff rises to intervene — to blog about at least some of these down the road. But I’ve just started the next book in the programme, Thomas E. Man and Norman J. Ornstein’s It’s Even Worse Than It Looks. 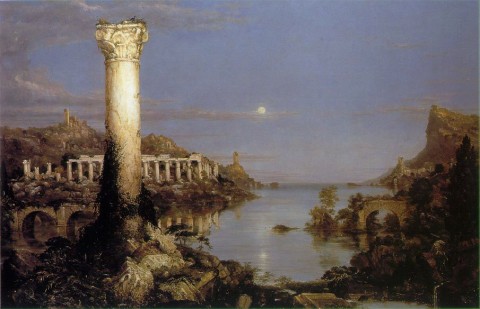 Right away — in the introduction — I came across a paragraph that sums up, in the most economical form yet, what’s really at stake 100 days from now.  So let me turn this post over to them, and let y’all draw the obvious inference about what to do between now and November 6:

The second [of two sources of dysfunction in current American politics] is the fact that, however awkward it may be for the traditional press and nonpartisan analysts to acknowledge, one of the two major parties, the Republican Party, has become an insurgent outlier — ideologically extreme; contemptuous of the inherited social and economic policy regime; scornful of compromise; unpersuaded by conventional understanding of facts, evidence, and science; and dismissive of the legitimacy  of its political opposition.  When one party moves this far from the center of American politics, it is extremely difficult to enact policies responsive to the country’s most pressing challenges.

I’d quibble with only a couple of words there.

I’d say the party has moved fromright of American politics over the last decade.  It took off from  the center in 1980 or so.  And “extremely difficult?”  Try, on the evidence that Mann and Ornstein go on to present in their first chapter (as far as I’ve gotten), “impossible.”

As I say.  Quibbles.  As a matter of sense, this is right on — made the more potent given who writes it: not a DFH like yours truly, but truly seasoned, deeply centrist, long term observers of the institutions of American politics.

More to the point:  there is no such thing as a good Republican candidate anymore, at any level.  Your city councilmember, your state rep., your congressional representative as individuals could be reasonable, smart, caring, trying to reform this failed party from within.  Mitt Romney himself may seem to the more credulous among our media elite to be a more thoughtful and moderate man than he is a candidate. (If you are truly credulous, or simply a hack, you may even bet on Romney’s “secret plan” to fix the economy.)

None of that matters.  “Good” Republicans are mere useful idiots, providing scraps of cover for the radical authoritarians wielding the real power. The party is committed to public policy stance that is destructive, both of American prospects and those of folks all around the world.  It must be driven so far from the political arena as to be destroyed, until whatever emerges from its wreckage, even if it persists in operating under the label “Republican,” is utterly transformed from the catastrophic clown show we now watch in horror.

Oh — and one last thing.   There are, I know, lots of flaws one can point to in the Obama administration.  There are plenty of warts on the Congressional Democratic caucus.  But the two parties are not the same and the consequences of getting it wrong this time are simply huge.  The politics of purity may be satisfying, but this time around such delicate sensibilities are a luxury we simply cannot afford.

And a very cheerful Sunday to you too.

*That would be — in cartoon form — his understanding of the way elites and the rest of (white) us now exist in geographical and social isolation, joined to his libertarian mandated conclusion that the obstacle to lower class advance is a cultural rather than a political or economic issue.  And while from within the assumptions of his project I can follow his argument as to why he focuses solely on white America, reading of Hedges and Sacco, for one example, makes it clear how doing is part of what allows Murray to ignore the ways in which he can’t account for the economic and social outcomes he seeks to explain