You are here: Home / Dear Jonathan Chait: You’re Not Helping! 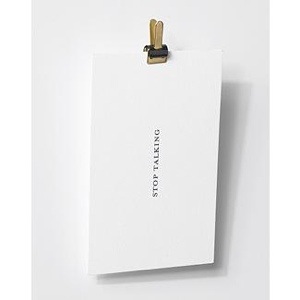 I’ve been avoiding writing about this because I’m tired. I am tired and, frankly, more than a little stunned at the total lack of self-awareness on Jonathan Chait’s part. Also, part of me just didn’t want to have to write about this.

But as more time passes, I find myself becoming increasingly irritated. And then it started to eat at me. And now, it’s all I can think about. That’s what happens when there’s something I know that I need to address, but I just can’t bring myself to do it, because really?!

I have to write about it, though. It’s going to bother me until I do. But I can’t do the outrage thing, because I am more disappointed than outraged. I don’t know. Maybe 3.5 years of this shit has made me soft. Like I said, I don’t know.

Whether intentional or not, your statement that President Obama sounded angry during the “you didn’t build that” speech heard ’round the world, and that he was talking “not in his normal voice but in a ‘black dialect'” is ridiculously racist. Full stop. I know you were trying, in some twisted way, to defend the president’s statement or to figure out why the right is having such a field day with it. It doesn’t matter. What you said was incredibly offensive.

That you later doubled down and said that President Obama “alter[ed] his normal cadence to more of a black-sounding inflection, and [took] an unusually angry tone” makes your original statement worse.

Your statements promote racist tropes about angry black men. That they do so in an article in which you lament that “race is deeply embedded in American politics in ways conservatives don’t like to acknowledge” is depressingly ironic.

I submit to you, sir, that with these statements in your two posts —

The key thing is that Obama is angry, and he’s talking not in his normal voice but in a “black dialect.” This strikes at the core of Obama’s entire political identity: a soft-spoken, reasonable African-American with a Kansas accent. From the moment he stepped onto the national stage, Obama’s deepest political fear was being seen as a “traditional” black politician, one who was demanding redistribution from white America on behalf of his fellow African-Americans.

The trouble with the Obamat clip is that it catches him in a moment, as he occasionally does, when he alters alters his normal cadence to more of a black-sounding inflection, and seems to be telling middle-class Americans they don’t deserve what they have.

— you have demonstrated that race is embedded in American politics in ways that liberals like you don’t like to acknowledge.

Previous Post: « When I can’t sleep, I do This
Next Post: Another BFD: Democratic Party Adds Gay Marriage to Platform »