Joe Nocera has a mostly perfectly OK column in today’s New York Times on the trading glitch that led Knight Capital to launch a rapid-fire spree of unsought trades that screwed up the stock exchange this past Wednesday.  The failure was the third major market technology-mediated muddle in recent times.  The most famous of these f**k ups was the 2010 Flash Crash, after which academic researchers introduced the broader public to  the delightful phrase, “order flow toxicity,” which Wikipedia handily tells us “can be measured as the probability that informed traders (e.g., hedge funds) adversely select uninformed traders.” 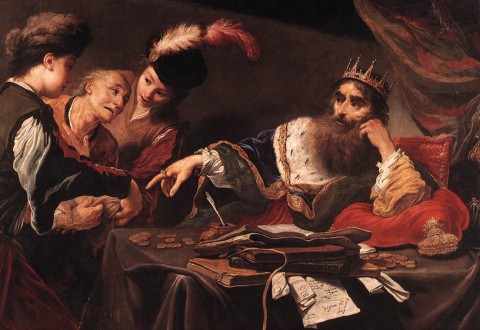 Nocera’s main point that the continuing series of market failures is ruining investor confidence in the market as an institution.  He points out that not all the problems are technical — he points to the Facebook IPO as an example of insider treachery that had nothing to do with any computer jiggery-pokery.

But he still goes off the rails in one passage — and the way he does so is illustrative of the larger problem in both the exchanges themselves and in the VSP/elite framing of market society.  He writes:

Most rapid-fire trading has nothing to do with the core idea that drew people to the market in the first place — that if you picked good companies, and did your homework, you could make money.

Or rather — Irrelevant! Move to strike!

Here’s the problem:  Nocera may be right in the narrow sense.  When I put my 401K (actually a 403B, but that’s a distinction without a difference) into mutual funds, I do hope that I’ve picked good securities, that my homework has extracted more or less accurate information, and that I’ll ultimately be able to retire in comfort.  Individual investors do indeed go to the exchanges to make a smaller pile of cash larger.

But Nocera misses the larger issue, and he does so in a very telling way.  The classical understanding of what a stock exchange is supposed to do is to allocate capital efficiently, driving investment to what will be, for the economy as a whole, its most productive uses.  Obviously, this is a mission often honored in the breach in the current markets in securities of all types (another post on that coming soon), but still, if we’re going to talk about market failures and their consequences, what trading scandals like this one reveal is the way our current pathological form of financial capitalism steals the life blood of a productive economy and transfers it to thieves. (Cough, cough, RMoney)

In that context the real fecklessness of high frequency trading and other tech-driven tactics becomes clear.  Trades entered and exited in seconds aren’t about capital allocation.  They are just a form of rent-seeking, trying to exploit some momentary imprecision in the markets to take a few bucks out of each transaction…and hence out of productive use, at least for a while.

I’m not an anti-capitalist.  I believe, and will argue in the book I’m just starting to write, that the invention of financial capitalism is one of the great goods human society has produced ever.  It is also prone to failure in predictable ways and depends acutely on a society’s willingness to enforce norms of public behavior.  Absent such a framework, you get what we’ve got: a system that the little guy has damn good reason not to trust — as Nocera says — and one that cannot do the single thing it is supposed to achieve:  organize society’s resources to the ends that deliver the most reward not just to given investors or owners, but to the economic life of the country or the world as a whole.

If we’re going to complain about crappy software and cheated investors, we should remember the full tally of what’s at stake in a market system transformed from public utility to rigged casino.

Oh — and one last thought:  if you want to talk about the middle class paying to provide the very wealthy a little bit more, Romney’s tax plans are trivial compared to the wealth transfer a vampire-ridden, corrupted financial system can achieve.

[Bonus link.  The perfect video for this title/topic]

Previous Post: « Romney Claims to Sidestep Abedin Controversy, but Meets with a Pro-Bachmann McCarthyite
Next Post: Let them eat their own damn cake »