You are here: Home / Economics / Free Markets Solve Everything / Not Another Ryan Thread: Romney’s Dismal Fraudsters

I got nothing to add to the Ryanpalooza that’s been sweeping this and many other blogs.  I don’t trust my horse racing system — haven’t since Tricky Dick crushed The Pride of the Upper Midwest in the 7th at Hialeah way back in 1972.  I knew dirty deeds had to be involved, but even so, my then fourteen year old self couldn’t believe thatthe obviously better horse couldn’t carry the day…

But more than my desperate attempt to wean myself from trying to re-handicap this race as I absorb each quantum of news, rumor or the dispersing vapors of Hunter S. Thompson’s last hit of ibogaine, I’m not going to burden you with yet more Ryaniana because I don’t want to lose sight of the larger pathology within which the zombie-eyed-grannie-killer’s many sins are but symptoms.

That greater wrong within which the many smaller ones find safe haven is the Romney campaign’s comprehensive dishonesty about what a Romney administration would seek to do, and what it would mean if (FSM forbid!) it actually got the chance to do it.  The latest case in point comes in a story that the Ryan announcement has largely cast into the tall grass.  That would be the white paper — so called –put out by four academic economists that purports to describe just how a Romney-led United States would become a land of milk and honey, wealth trickling down from the heights to all “you people” so badly served (it is said) by President Obama’s leadership.

The only problem with this “analysis?”  It’s bullshit.

Let me turn the podium over to KThug:

The big story of the week among the dismal science set is the Romney campaign’s white paper on economic policy, which represents a concerted effort by three economists — Glenn Hubbard, Greg Mankiw, and John Taylor — to destroy their own reputations. (Yes, there was a fourth author, Kevin Hassett. But the co-author of “Dow 36,000″ doesn’t exactly have a reputation to destroy).

And when I talk about destroying reputations, I don’t just mean saying things I disagree with. I mean flat-out, undeniable professional malpractice. It’s one thing to make shaky or even demonstrably wrong arguments. It’s something else to cite the work of other economists, claiming that it supports your position, when it does no such thing — and don’t take my word for it, listen to the protests of the cited economists. [links in the original]

And now put your hands together for Brad DeLong:

HHMT: As a consequence of short-termism, uncertainty over policy – particularly over tax and regulatory policy – limited both the recovery and job creation. One recent study by Scott Baker and Nicholas Bloom of Stanford University and Steven Davis of the University of Chicago found that this uncertainty reduced GDP by 1.4 percent in 2011 alone, and that restoring pre-crisis levels of uncertainty would add 2.3 million jobs in 18 months.

LIE: I am sorry, but I have to escalate from “FALSE” to “LIE”. The phrase “particularly over tax and regulatory policy” makes this a lie.

To understand the integrity of [the HHMT] argument, consider his claim that ‘uncertainty over policy–particularly over tax and regulatory policy–slowed the recovery and limited job creation. One recent study by Scott Baker and Nicholas Bloom of Stanford University and Steven Davis of the University of Chicago found that this uncertainty reduced GDP by 1.4% in 2011 alone.’ Note the phrase ‘this uncertainty’: he’s talking about uncertainty ‘particularly over tax and regulatory policy’. Now read the analysis by Baker, Bloom and Davis http://papers.ssrn.com/sol3/papers.cfm?abstract_id=2000734. From their abstract: ‘The index spikes around presidential elections and major events such as the Gulf wars and the 9/11 attack. Index values are high in recent years and show clear jumps associated with the Lehman bankruptcy, the 2010 midterm elections, the Euro crisis and the U.S. debt-ceiling dispute.’ Uncertainty over regulatory policy? No mention. Uncertainty over tax policy? No mention. What Hubbard seems to be doing is interpreting the uncertainty created by elections (and the debt-ceiling showdown) as uncertainty about regulatory and tax policy (as opposed to, say, government spending.)

[HHMT = the four authors of the paper in question, Hubbard, Hassett, Mankiw and Taylor; all emphases in the original]

DeLong does this over and over again in his post — which is just a relentless debunking of claim after claim in the original paper.

So what’s going on here?  Why are highly credentialed and well placed economists simply falsifying basic facts and arguments presented by other members of their profession, many of whom show the discourtesy of remaining sufficiently not-dead-yet  to call them on it? 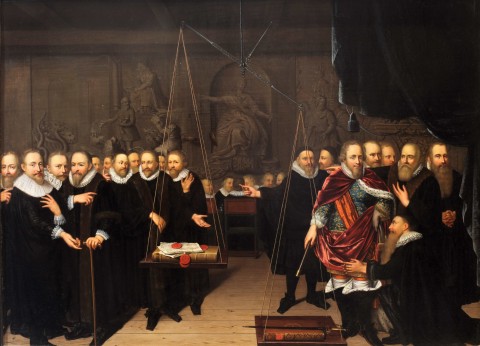 But surely part of it is simply that they have been caught up in the vortex of the broader Romney campaign — a campaign that has made fraudulence part of its standard operating procedure. Remember, Romney spent months castigating President Obama because he “apologizes for America” — something Obama has never, in fact, actually done. Then he spent weeks declaring that Obama has denigrated small business by claiming that businessmen didn’t actually build their own firms — all based on a remark that was clearly about infrastructure.

Meanwhile, Romney’s tax plan is now a demonstrated fraud — big tax cuts for the rich that he claims would be offset by closing loopholes, but the Tax Policy Center has demonstrated that the arithmetic can’t possibly work. He turns out to have been dishonest about when he really left Bain. And on and on.

Is it really surprising, then, that the economists who have decided to lend their names to the campaign have been caught up in this culture of fraud? Maybe some of them were initially reluctant, or thought they could support the campaign with selective renderings of the truth. But the pressure was on to be team players, to give the campaign material it could use — and so, one day, they all ended up putting their names to a report that is just plain dishonest, in ways that can be and have been easily documented.

Perhaps so.  I certainly cannot tell what’s in the hearts of Hubbard, et al.  I’m not so sure, though — I think that the commitment to a political party that has since Reagan committed itself to the primacy of belief over evidence (just ask David Stockman) turns folks like these four into useful idiots, already primed to commit the kind of intellectual dishonesty that Krugman and others find so difficult to fathom.

But this I know:  among the many, many reasons why the Republican party can’t be allowed access to power there is this constant theme:  from Romney to Ryan to helpful peons like this quartet, no one dares state the bald realities of their plans and policies.  If they did, they’d score in single digits come the election.  And so they don’t.

Abraham van der Eyk, Allegory of the theological dispute between the Arminianists and their opponents, 1721