You are here: Home / Politics / Politicans / Ryan Lyin' Weasel / Send In The Clowns

I’m late to the Ferguson party, partly because I’ve been travelling, and partly because I can’t easily get past my initial reaction:  it’s Ferguson, dudes.  Of course he’s a hack, someone who has been trading on attitude and an accent since he arrived on these shores (and before, of course). But I want to pile on just a little bit, for a reason that I hope will become clear a little later on in this post. (And, as I look at the blog, later still.  DennisG’s on it too!)

Still, just to refresh everyone’s memory after a couple of days of Akin folly, Ferguson attempted in the pages of Newsweek to disguise a polemic as an argument for Obama’s replacement by his preferred Ryan-Romney ticket. (Note — I’m not making an error in the order there.  Again, wait for it below.)  He lists a series of alleged policy failures and promises, now much debunked — Ezra Klein’s  more-in-sorrow flensing may be the best place to start, but Fallows, whom John linked, and Krugman, and Delong, and …. hell, perhaps most devastatingly Andrew Sullivan* have managed to shred whatever remains of Ferguson’s reputation.  It all gets worse in the “defense” Ferguson (no linky) has vomited up across the Newsweek/Daily Beast site, in which the angry not-so-young man Niall “demolishes” folks like DeLong by complaining that the UC professor hasn’t written his book fast enough for his taste. (See Fallows for a round-up of the derision the belligerant Scot’s second bite at the apple has earned.)

But all of Ferguson’s wind and wheeze can’t mask the underlying reality: he wrote a deliberately deceptive piece and his attempt at defense merely has us pondering which of these British officer fitness reports best applies to him.  I’m partial to number 12 (obvious, really), but on reflection, I think I’d go with 5.  Number 2 ain’t bad either. 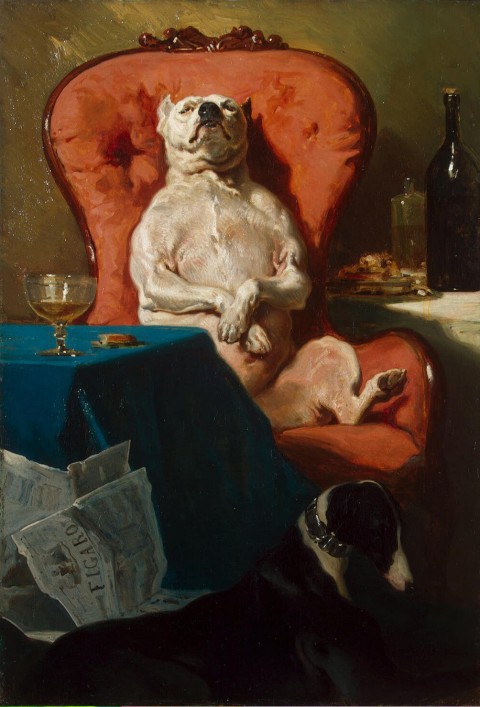 Here I just want to look at one key point.  And that is that Ferguson, sorry as he is, is literally the best the Right has got when it comes to intellectual credibility.  So it’s worth looking at what now represents the gold standard of rigorous thought on the right.

Ferguson actually starts from a perfectly acceptable premise:  the economy sucks, and the Obama administration has not accomplished as much as Candidate Obama had hoped and predicted.  What Ferguson does with that premise is what has been so thoroughly demolished by just about everyone, so I’ll pass over most of what he wrote in silence.  Here, I just want to turn to his one affirmative argument:

Now Obama is going head-to-head with his nemesis: a politician who believes more in content than in form, more in reform than in rhetoric. In the past days much has been written about Wisconsin Congressman Paul Ryan, Mitt Romney’s choice of running mate. I know, like, and admire Paul Ryan. For me, the point about him is simple. He is one of only a handful of politicians in Washington who is truly sincere [italics in the original] about addressing this country’s fiscal crisis.

Note that Ferguson has Obama confronting Paul Ryan, not the emasculated and irrelevant Romney.**  And note too Ferguson here signs on to the favorite lie of the right-wing commentariat.  Let me illustrate.

What do you call a person who’s budgetary plan increases the federal deficit by $2.6 trillion over its first ten years?  Bonus question:  what do you call that person who has proposed such a fiscal Molotov cocktail in order to provide the richest among us with a tax cut?  Double Jeopardy round:  what do you call such a person who does so despite a rich trove of academic work demonstrating that the US is well below the revenue-maximizing top tax rate even keeping the current baroque tax code?***

If you are a member of the reality based community, one who retains honor enough to allow words their common meaning and actual data their sway over even cherished contrary preconceptions, then you would say that if that man claimed to be a serious fiscal thinker he was at best delusional, and much more likely a simple liar. A thief of sense. 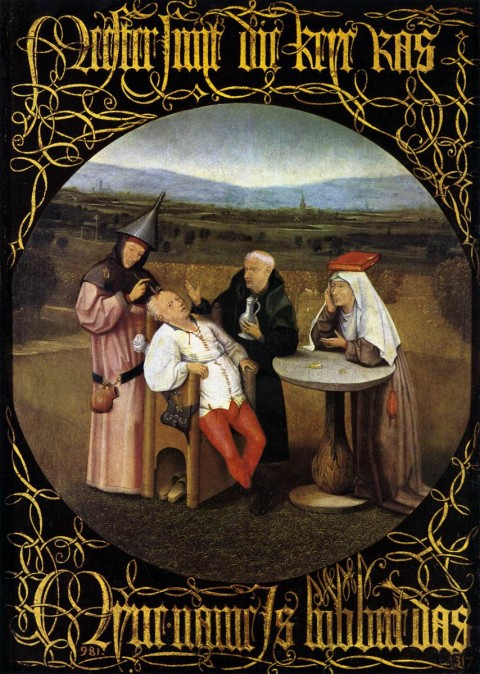 On reflection, if Niall were right, that would be worse, certainly for Ryan (sincere buffoons are still risible), and, as it turns out, for Niall himself.  What does it say about a “historian” who so ignores the easily accessible world to spin a fantasy of saviors on their white steeds, ready to defend us from the usurper in the White House?

One more thing, really, the buried lede (or lead, if that’s how you roll) for this whole post.  Ferguson himself is just the insult to honest sex-workers that DennisG’s post describes.  The real insight we gain from his massive embarassment is what it tells us about the state of Republican intellectualism.  And what should scare you is that Niall is truly the best they’ve got.  Here’s The New Yorker’s John Cassidy thinking along the these lines:

Where are the real conservative intellectuals these days? Surely there must be some, but sometimes it seems like all the right has to offer is a soap-box mountebank like Ryan, a trio of embittered Supreme Court Justices, and a few gnarled old Washington fixtures like Bill Kristol, George Will, and Charles Krauthammer. Given this vacuum, it’s relatively easy for an energetic and disputatious blow-in like Ferguson to emerge as one of Obama’s most visible, if not exactly persuasive, critics.

Chew on that for a second.  What Cassidy is almost saying (though he doesn’t go all the way there, perhaps because he is very much still part of the inside-looking-out wing of modern American journalism) is that modern conservatism in America is simply a failure.  It’s wrong.  It doesn’t connect to the real world.  Its axioms are false and its prescriptions are disastrous, from Niall Ferguson’s unrequited demand that the US behave like a proper empire to the Ryan fantasy that lasting prosperity can be built on growing income inequality — and the earnest claim by so many over there that ours is the nation in which the error of extending the franchise to women can be in part rolled back by denying every double-X agency in their own persons.
It’s all a disaster; wrong, bad for the country, bad for the world, a ticket to Rome, c. 476 CE.

As for the party of the first part?  Pity Ferguson’s students.  And pity the nation that ever takes this hollow man seriously.

As for Iraq, Niall says the exit was premature. It was negotiated by Bush. Maliki didn’t want us there any more. Niall thinks we should occupy a country with all the massive expense that entails – against its will? Seriously? And it’s Obama who is unserious on the debt?

** Does anyone besides me see a longer term problem developing for team Elephant in the steady rasp of that dull saw rowing away on Romney’s nether parts?  The press isn’t even bothering to ask him anymore — it’s what Ryan thinks that matters.  Akin gives him the classic one-finger salute and he has to say “please sir, may I have another.” Ann Romney, poor dear, gets trotted out to reassure a doubting America that he really isn’t a Red Lectroid from Planet Ten.  (Still don’t know what’s up with the watermelon.)  And…you get the point.  I’ve never seen anything like this. Is there going to be a recognizable homunculus to vote for come November?

Based on best estimates and even with current tax code, US top rate is still significantly below revenue maximizing tax rate

****I get the argument that Dennis channels from Stephen Marche that Ferguson makes much more as a monkey-boy for hedge fund MOTUs, but I do think that Ferguson actually cares a great deal about status; he derives enormous satisfaction from his persona as a credentialed wise man.  It hurts when folks he wants to defer to him instead disdain him.  It doesn’t kill; stacks of Benjamins do staunch the wounds.  But it does sting.

Hieronymous Bosch, Cutting the Stone, (alternate title: Extraction of the Stone of Folly), before 1516.  (I know I’ve used it before, but it works here…)

Previous Post: « Bitches Just Want to Be Dominated
Next Post: Open Thread: The Song of Mitt’s Self & Other GOP Narcissists »