You are here: Home / Organizing & Resistance / Fables Of The Reconstruction / The New York Times Owes Me A Bottle Of Aspirin

…to cover all the analgesics I’ve had to consume after reading Hannah Rosin’s piece“Who Wears the Pants in This Economy?” that made the cover of yesterday’s magazine.

I’m not going to do a full fisking; life is too short, mine and yours.  But sacro semolina, FSM! did my head hit the desk more than once.

The overarching complaint I have is the relentless anecdotage which Rosin and her editors permit themselves.  Rosin’s stated thesis is actually a familiar fear-trope in certain circles:  women are taking over, and their men are left more or less unmanly as a result.

Rosin defends this claim by profiling three couples (and one of their children)  in a small southern town, Alexander City, Alabama, in which the loss of the paternalistic (i.e., anti-union) manufacturing company left the men in her story in need not just of a job, but a “manly” one.

The women in the three couples do better, and in each case have become the lead earners for the household. 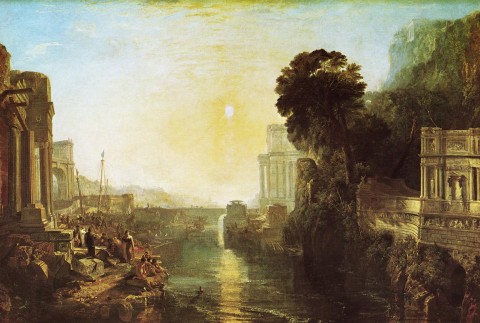 That’s the slender trail Rosin walks to stake this claim:

As the usual path to the middle class disappears, what’s emerging in its place is a nascent middle-class matriarchy, in which women like Patsy pay the mortgage and the cable bills while the men try to find their place.

As I say, I’m not going to parse all five magazine pages devoted to this upteenth example of the Times Magazine diving into the drained shallow end of the pop-sociology pool, but just to give you a small share of my pain, let’s look at a couple of things.  First, consider Rosin’s conclusion:

As the economy fails to fully recover, it’s unclear what will happen to traditionally male or female jobs generally. Some sectors seem undeniably strong: health care, for example, and technology, although there aren’t many tech jobs in places like Alexander City. Manufacturing survives mainly in new and highly specialized forms. Local government jobs, especially ones in low-tax states like Alabama, have gone through severe cuts in the last decade and are unlikely to be cut much further. Jobs like Patsy’s, which rely on federal financing, could be vulnerable given the current political fixation on budget cuts. An important quality for anyone trying to survive in this economy is one that Reuben, in his own limited way, is trying to embody — the one that seems to come more easily to his wife — the capacity to “remake myself again, find my new niche.”

In other words:  “Move along.  Nothing to see here.”

Seriously. We wade through several thousand words of achingly conventional writing* only to find out nothing that’s been said for the last several pages generalizes to that emerging “middle class matriarchy” bravado with which we began?

Onwards.  One thing that I hate that turns up in a lot of contemporary journalism, especially in pieces reaching for some big-think conclusion, is the mishandling of claims of academic knowledge and authority.  And here I am duly pissed off: in a brief passage Rosin notes that the loss of manufacturing jobs over the last decade, points to stronger employment numbers for sectors in which women predominate, and then quotes MIT economist Michael Greenstone asserting that the alleged capacity of women to better adjust to a changing economy is “a first-order mystery” for social scientists.  Greenstone, Rosin tells us, is not merely a professor, but also “director of the Hamilton Project, which has done some of the most significant research on men and unemployment.”

Well, maybe. I don’t want to slag an MIT colleague, (or anyone with a stray quote in someone else’s piece), the more so as I have no idea what the context of that quote may be.  But I do want to point out that whatever Greenstone said or meant, Rosin’s straining her bargain withe reader on two grounds here.  First, Greenstone does not self-identify as an employment economist, nor a student of gender issues from an economics perspective.  Here’s an abridgement of his self description:

His research is focused on estimating the costs and benefits of environmental quality…Greenstone is also interested in the consequences of government regulation, more generally.

His bibliography confirms the direction of his research — essentially nothing on the issues Rosin’s raising.  But still, how about the Brookings Institute’s Hamilton Project, allegedly a hub for the study of gender and employment.  Really? This place:

The Hamilton Project offers a strategic vision and produces innovative policy proposals on how to create a growing economy that benefits more Americans. The Project’s strategy reflects a judgment that long-term prosperity is best achieved by fostering economic growth and broad participation in that growth, by enhancing individual economic security, and by embracing a role for effective government in making needed public investments.

You look what actually comes from that talking shop —  its policy analysis and/or thought pieces — and you do indeed see some on employment (including a recent one co-authored by Greenstone on the impact of public sector job losses).  You do not find what Rosin asserts, a strong thematic engagement with men and unemployment.  So when Rosin asserts as fact that “women are generally more willing [than men]” to display the kind of flexibility required of the modern labor market, ready for “going to college or getting some job retraining.,” I answer, “maybe.”  I don’t know.  I really don’t.  And I still don’t after reading this article, if I want more than Rosin’s say so.

And that leads me to my other 30,000′ problem with this piece.  I don’t believe its premise, that there is indeed a major shift in employment and income moving from a male advantage to a female one.  Her argument has two components:  one that the long decline in manufacturing employment is producing a fundamental shift away from “male” jobs to female ones, with social consequences; and that this recession has exacerbated that shift.  The implications drawn from the experience of the recession is simply wrong, or at least vastly more complicated than this article implies.  Here’s the Wall St. Journal on the question of whether or not this is a woman’s or a man’s recession: 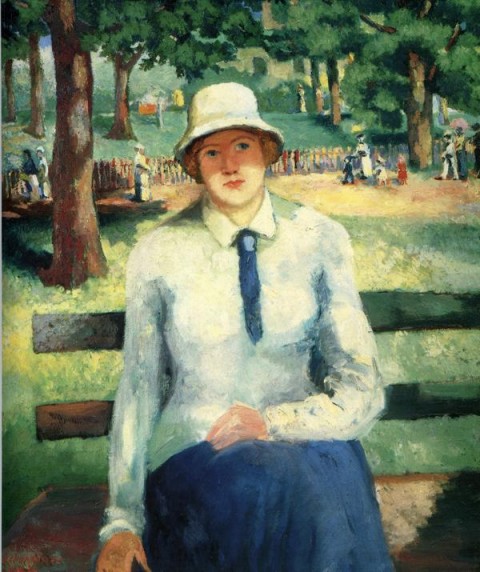 So — at the start of the recession men took a greater hit than women, and now the labor situation for both has recovered to a roughly equal (and not good enough) level.

Where’s the great trouser trade there?  Major changes in the American workplace are indeed going on; they are and will have all kinds of effects on people’s lives, plans, relationships and all the rest.  Maybe there really is some fundamental specifically gender-based shift going on that isn’t simply down to the long pressure to put women’s opportunities and pay on equal footing with that of men.  But a piece — a cover! — at one of America’s handful of top venues that reduces all this down to unsupported forebodings about the enveloping advance of matriarchy doesn’t add anything useful to the conversation.

Enough already.  (I seem to write that in almost every piece, don’t I?) Just one more thought:  Rosin seems to me to have taken the easy way out through this entire piece.  The profiles themselves aren’t bad, and as a look at what happens when hard times hit in certain families, among folks of a certain age, in certain places, they’re fine.  She fails in her reach for grander significance, for a general statement about the way we live now.  She stopped before she was done…and to make matters worse, there are hints even within her piece that had she dug more deeply, she’d have found that the story that wanted to be told wasn’t what she set out to write.

At the same time, if Rosin is at fault for not thinking hard enough, then her editors are at least equal partners in folly here.  This was a freaking cover piece, and they should have realized something wrong when the last character to enter Rosin’s piece, the daughter of one of the women ascending to this alleged matriarchy, implicitly snorted at its entire premise.  The question was what it means when women take the economic lead in families.  This young woman, 19 years old, just laughed.  Of her step-father’s view of appropriate gender roles, she said, “that’s so cute, it’s gross.”

*This post isn’t about Rosin’s skill as a word slinger.  But still, sometimes style does reveal substantive flaws.  For example: “Being a self-sufficiency coordinator involved a maternal touch, like encouraging single mothers to continue their education, obtain prenatal care and find reliable child care.”  Uh, huh? “a maternal touch” is about as cliched (and condescending) a way you can describe a women in a service or caring job.  And look at how we are supposed to recognize that quality in this woman: her ability or obligation to advise her clients to do all that stuff only a mother would think of — like stay in school or to get their check ups.  No mere father, nor unchilded person of either gender could ever master that.  Right?

Previous Post: « The Party of Petty Resentment
Next Post: Their mark on this land is still seen and still laid, the way for a commerce where vast fortunes were made »