You are here: Home / Politics / Republican Stupidity / Blunt Clarity (From A Source Not Often Credited For Such In This Space)

Via Ed Kilgore, I came across this from frequent BJ object of scorn, William Saletan.  He first makes clear exactly what it was the US Embassy in Egypt said in its tweets and other communication through the critical period leading up to and during the attack on the compound:

When you read the tweets alongside the initial statement, the message is clear. Free speech is a universal right. The Muslim-baiting movie is an abuse of that right. The embassy rejects the movie but defends free speech and condemns the invasion of its compound….

He then lines that up against Romney’s disastrous and deeply corrupt performance, stating at one point:

Romney’s description of the embassy’s initial statement—“sympathizing with those who had breached our embassy in Egypt, instead of condemning their actions”—was blatantly false…

At a news conference Wednesday morning, Romney escalated his assault: “The administration was wrong to stand by a statement sympathizing with those who had breached our embassy in Egypt, instead of condemning their actions. It’s never too early for the United States government to condemn attacks on Americans and to defend our values.”

Until, the ground prepared, Saletan offers this blunt exegesis of that sorry text:

At his press conference, Romney accused Obama of “having that embassy reiterate a statement effectively apologizing for the right of free speech.” Romney claimed that the embassy had said, in his paraphrase, “We stand by our comments that suggest that there’s something wrong with the right of free speech.” This, too, was a Romney lie. The embassy had declared five times in writing that free speech was a universal right.
What made Romney’s statement and press conference disturbing, however, was his repeated use of the words sympathize and apology to conflate three issues the Cairo embassy had carefully separated: bigotry, free speech, and violence. The embassy had stipulated that expressions of bigotry, while wrong, were protected by freedom of speech and didn’t warrant retaliatory violence. Romney, by accusing the embassy of “sympathizing with those who had breached” the compound, equated moral criticism of the Mohammed movie with support for violence. In so doing, Romney embraced the illiberal Islamist mindset that led to the embassy invasion: To declare a movie offensive is to authorize its suppression….

Exactly so.  And to my mind Saletan here has expressed as well as anyone yet exactly why Romney’s statements over the last couple of days were more than just grandstanding — a case of shoot first and aim later as our President put it last night.  And it’s certainly more than the Smirk, no matter how bizarrely revealing it was to see Romney grin at the thought of having politicized (successfully, he seem to have thought) the deaths of four Americans. 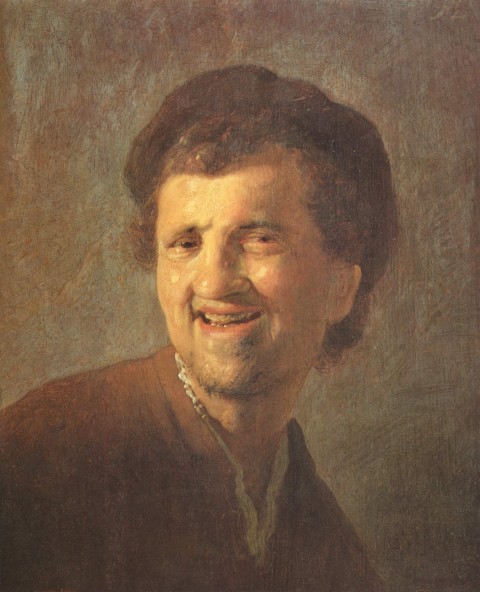 What Romney’s words actually mean, Saletan says (and I agree) is something profoundly un-, even anti-American.

Which is to say that Romney’s behavior over the last couple of days disqualifies him from the job he seeks both because he’s shown he lacks the basic temperament and analytical habits to do the job, and because what instincts he does have are at war with the values of a small “l” liberal polity.

Or, as Saletan concludes:

I don’t know where you were born, Mr. Romney (just kidding!), but where I come from, there’s nothing more American than recognizing the idiocy of a man’s views and, at the same time, his right to express them. If you can’t tell the difference between those two things, the main threat to our values right now isn’t President Obama, the Egyptians, the Libyans, or our diplomats in Cairo. It’s you.

Yup.  Go read the whole thing. (Or at least that rump I haven’t already lifted…;)