Update: Commenter Warren Terra sums up the basic point of what follows below:

Basically, my argument, in sympathy with the front-pagers at LGM, amounts to:
1) Obama is a disappointment on a number of civil liberties issues and especially on Drone Warfare. Possibly also Libya, it’s complicated. [TL — I’m not sure Libya is a problem here, but that’s for a different post.  Also, as a number of commenters point out, drone combat is a terrible thing, but many of the alternatives are much worse.  As I argue somewhat obliquely below to the extent that Obama’s drone tactics reduce pressure/incentive to intervene more directly in very complicated parts of the world, then the lesser sin helps prevent a much worse outcome…which is sort of what I take Warren T. to be saying in point 2:] 2) The American popular and political consensus is overwhelmingly behind Obama’s disappointing positions mentioned in point 1, and indeed behind worse positions than Obama’s on all of these except perhaps Libya.
3) On these particular issues, Romney is considerably worse.
4) In fact, Romney is worse on just about any issue you’d care to name.
5) On lots of really very important issues, Romney is inconceivably worse.
6) You’re an asshole if you refuse to consider the issues raised in point 5.

Read on for the longer.

As Mistermix has already discussed, the young and earnest Conor Friedersdorf  wrote this yesterday:

The whole liberal conceit that Obama is a good, enlightened man, while his opponent is a malign, hard-hearted cretin, depends on constructing a reality where the lives of non-Americans — along with the lives of some American Muslims and whistleblowers — just aren’t valued. Alternatively, the less savory parts of Obama’s tenure can just be repeatedly disappeared from the narrative of his first term, as so many left-leaning journalists, uncomfortable confronting the depths of the man’s transgressions, have done over and over again.

Keen on Obama’s civil-libertarian message and reassertion of basic American values, I supported him in 2008. Today I would feel ashamed to associate myself with his first term or the likely course of his second. I refuse to vote for Barack Obama.

I and lots here agree, I think, that Obama’s record on civil liberties, the use of military power and so on is hardly perfect — not what many of his supporters hoped for in 2008.  I’d disagree with Conor on the weight I’d assign to different counts in his indictment, and it does seem to me important to recognize that presidenting is much harder than it looks (and it looks damn difficult).  Some of the choices Obama has made, as Michael Lewis makes clear at that link, have involved actions Friedersdorf deplores for reasons that nonetheless have a direct moral calculus of their own.  (See especially the discussion of whether and how to intervene in Libya before Qaddafi’s forces got to Benghazi.)

That said, and acknowledging that Friedersdorf has the right to feel what he feels — moral revulsion — at some of the acts of the Obama administration,* in this fallen world you don’t get the choice of the perfect man or government.  Friedersdorf acknowledges the “lesser of two evils” argument with a faint sneer:

If you’re a utilitarian who plans to vote for Obama, better to mournfully acknowledge that you regard him as the lesser of two evils, with all that phrase denotes.

But moral relativism is not for the stalwart Friedersdorf:

Today I would feel ashamed to associate myself with his first term or the likely course of his second. I refuse to vote for Barack Obama. Have you any deal-breakers?

Ahh, the eternal righteousness of the resolutely disengaged. 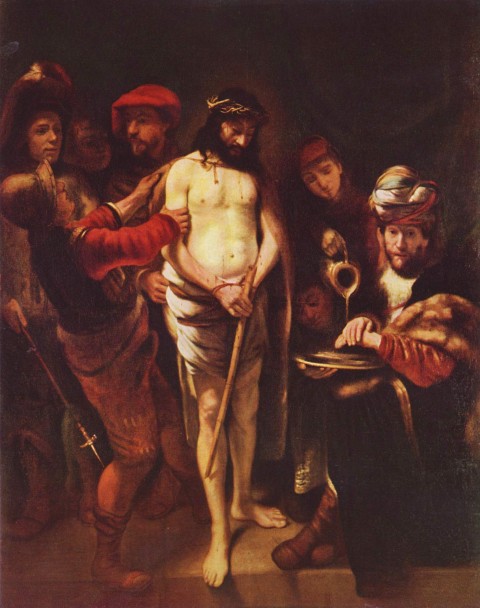 Much of this is down to the dangerous folly of true single-issue voters.  Friedersdorf ridicules what he sees as the liberal caricture of Mitt Romney as “a malign, hard-hearted cretin,” which, he argues “depends on constructing a reality where the lives of non-Americans — along with the lives of some American Muslims and whistleblowers — just aren’t valued.”  In the reduction of Obama and Romney to the one issue of the exercise of state violence, Friedersdorf fails to value the old, the young, the sick, the uninsured and so on…but let that slide, as part of the necessary pathology of someone for whom the complications of living in the world are too much for the enduring sunshine of their spotless consciences.

But the problem for Friederdorf is more basic.  His argument rests on the claim that on the crucial matter Romney and Obama are the same.  Which is why this report in today’s New York Times is such a firecracker up his rhetorical butt:

In one of his first acts, President Obama issued an executive order restricting interrogators to a list of nonabusive tactics approved in the Army Field Manual. Even as he embraced a hawkish approach to other counterterrorism issues — like drone strikes, military commissions, indefinite detention and the Patriot Act — Mr. Obama has stuck to that strict no-torture policy.

By contrast, Mr. Romney’s advisers have privately urged him to “rescind and replace President Obama’s executive order” and permit secret “enhanced interrogation techniques against high-value detainees that are safe, legal and effective in generating intelligence to save American lives,” according to an internal Romney campaign memorandum.

While the memo is a policy proposal drafted by Mr. Romney’s advisers in September 2011 — not a final decision by him — its detailed analysis dovetails with his rare and limited public comments about interrogation.

“We’ll use enhanced interrogation techniques which go beyond those that are in the military handbook right now,” he said at a news conference in Charleston, S.C., in December. [mp3 at the link]

The shorter:  there are still lives and deaths in the balance even in the face of imperfect alternatives. Symbolic gestures can kill just as surely as a sword (ask a Ralph Nader voter).

One last thought.  Memory that extends past the last election can help grasp the catastrophes that can attend principled disengagement.  The historian Peter Gay has written of the “rational republicans” who so honorably undercut the German revolution and the Weimar Republic that emerged from it:

The Vernunftrepublikaner [rational republicans] were reasonable men who had been willing to learn the first lesson of modernity but not the second:  they acknowledged that nostalgia for the Empire was ridiculous, bu they could not see that the Republic might deserve wholehearted support–or, rather, that it might become deserving if enough deserving persons supported it.¹ [italics added]

So it is with Friedersdorf, and with all those who pine for the second coming of whoever.  No doubt we need to keep pressure on both the president and congress to walk back the assault on life and liberty that has taken place in American politics after 9/11.** But to assume that a holy vote for Gary Johnson is somehow going to advance either that cause or make a material difference in the life of a US prisoner under the tender mercies of a Romney administration…that’s worse than foolishness.  It is a cowardly abdication of a basic human responsibility:  the necessity that we make choices where no alternative is without cost.

*edited to reflect a reconsideration brought on by reading the comment thread.

**And before, of course — but what Conor’s complaining about has a pretty straight line of descent from that moment.

Previous Post: « I Sure Do Enjoy a Good Gloat
Next Post: I don’t give a flying fuck about Conor Friedersdorf. Open Thread »