A couple of things.

As Zander points out, Ta-Nehisi Coates has already gutted  Tucker Carlson.  In my view, the prematurely bow-tied young fogey has finally and irrevocably dissappeared within the Drudgechild radius .  He has descended into a region where the ordinary laws of space and time break down.  He will experience nothing but an infinite loop of right-wing fantasy world affirmation, while those of us safely beyond the event horizon will enjoy the blessed tranquility of something approximating real life.

Not going to bother with FdB either, who (a) never claimed to be a journalist and hence doesn’t belong in this post and (b) whose latest effort to troll this and other blogs seems to me simply sad.  Mistermix deals with that last and oddly jumbled cry for help more gently than I would, and I think it best just to leave it lie, but for this:  in the past, I’ve achieved world-competitive pinnacles of high dudgeon when right wing folks assert as facts claims like : “Bloggers are insecure, as a species. I find that if you scratch at the perfectly calculated pose of preemptive superiority, you find people who are unable to look you in the face while they tell you you’re wrong.”  This is McArdle-worthy — akin to her habit  of saying her (unnamed) liberal friends are all (x).  Freddie is better than that by far, usually.  Here’s hoping he finds a better analytical groove soon.

Nope, the reason I’m chiming up when I should be doing almost anything else is to deal with the latest bit of truthiness from Time’s website, a Michael Scherer bit of wisdom on lying in politics telling us…wait for it…that both sides do it.

Most of the article is a rehash of stuff a lot of folks have already been covering about the role of party affiliation (and leader-influence) on whether or not mere factual argument penetrates somebody’s body of assumptions and agreed narratives.  Nothing wrong with that, for the most part, other than it’s old enough to grow whiskers.

But as he attempts to find equivalence Scherer surrenders to his default village instinct (an example of the pathology he goes on to describe, perhaps?)  He offers one notable Romney lie — the claim regularly repeated that Obama’s administration has gutted welfare-to-work rules, and he says, almost bluntly enough to satisfy even partisan me, that “The ad was unmistakably deceptive.” (It was false, and not merely misleading, but still, this is a pretty clear evaluation.”

But then he goes on to put forward two alleged Obama falsehoods. 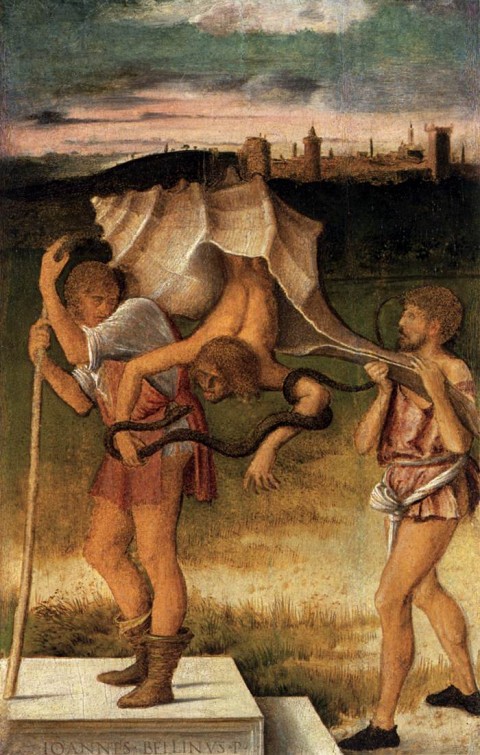 “Nobody accused Mr. Romney of being a felon,” he said. In fact, one of the President’s senior strategists, Stephanie Cutter, told reporters a month earlier that Romney was misrepresenting himself either to the American people or to securities regulators—“which is a felony,” she said.  Cutter’s was a conditional accusation but an accusation nonetheless.

So, on the one hand you have a piece of information publicly and widely disseminated that is false (the welfare/work stuff) and on the other you have someone saying that if Romney did (x) that’s a felony, and thus Obama lied when he said that his folks hadn’t called Romney a felon.  I’m not going into the weeds of parsing how what Obama said is in fact accurate (if politically clever in the mode of the great and vicious LBJ).  But if you can’t see the consequential difference in the two statements you’re in the wrong line of work.

But the really egregious statement comes a little later:

One of the most galling Obama deceptions, embedded in two television ads, asserts that Romney backed a bill outlawing “all abortion even in cases of rape and incest.” This is not true. Romney has consistently maintained, since becoming a pro-life politician in 2005, that he supports exceptions for rape and incest and to protect the life of the mother.

Sure you want to pick that hill to die on Michael?

In March of 2012, Romney explained to radio host Tommy Tucker that his current positions were the same as “the last time.” He offered the same to Sean Hannity in a November 2011 interview: “I have the same positions today I had four years ago where you know I’m a conservative guy.”

Appearing Monday on “Good Morning America,” Romney was asked by ABC News’ George Stephanopoulos if he supports the Republican Party’s 2004 platform on abortion rights, which states, “We support a Human Life Amendment to the Constitution and we endorse legislation to make it clear that the 14th Amendment’s protections apply to unborn children.”
Romney replied, “You know, I do support the Republican platform, and I support that being part of the Republican platform and I’m pro-life.”

…Here’s a post from Peter J. Smith at LifeSiteNews:

Romney made the choice to abandon his earlier rejection of the human life amendment as he poured money and energy into winning the Ames caucus in Iowa, where Republican voters run strongly social conservative.
“I do support the Republican platform and I do support that big part of the Republican platform, and I am pro-life,” Romney said during an August 6 Republican debate, when asked whether he affirmed the human life amendment, a key part of the 2004 Republican pro-life platform that was written by his pro-life advisor James Bopp,Jr..

The human life amendment intends to change the US Constitution by expanding 14th Amendment protections – such as due process and equal protection clauses – to include unborn children. Such an amendment would ban abortions nationwide and repeal the 1973 Roe v. Wade decision.

I have a suggestion.   Michael?  Anytime you feel tempted to use the words “consistent” and “Romney” in the same sentence, lie down until the feeling passes.

In that vein, I should note that Jason Linkins, the HuffPo writer who assembled the record quoted just above also dug up this bit of High Romneyism:

However the Associated Press reports that Romney later qualified his support for a human life amendment. According to the AP, Romney said his advisor Bopp had told him “there are a wide range of possible human life amendments” ranging from a total ban on abortion to an amendment that let states make the decision. On top of that, getting both houses of Congress and 38 out of 50 states to support a constitutional amendment, Bopp told him, “is just not realistic.”

What does Romney really think about abortion?  Who the f**k knows.  If I were to guess I’d say his deepest wish is that talk of abortion would go away — he’s running for office for Pete’s sake.  But Romney’s waffle doesn’t get Scherer off the hook:  He claimed the Obama campaign lied because Romney has since 2005 maintained a single and clearly articulated position on an issue — but that statement is easily and clearly shown to be that which drops from the south end of a north facing horse.

To steal the phrase from Brad DeLong, why oh why can’t we have a better press corps?