I write to tell you how much I value your bold, principled stand on the scourge of minds and drain on the treasury that is…a puppet.  May I encourage you, please, to stand fast on this; it is long past time that brave voices like yours made sure such travesties receive no support from right thinking Americans and their leaders….

…which is to say, dear Balloon-Juicers, that I deeply enjoyed this morning’s pundit roundup at the Great Orange Satan, in which was documented what seems to have been the only truly memorable moment from Wednesday’s debate. The shorter: in a venue in which the forces of darkness planned to unveil the RomneyBot v. 4.0, now with empathy module implemented, the programming turned out to be, well, not quite bug-free.

For all the alpha male stuff, and the energy level, and the spectacular and at least temporarily successful rewriting of the Romney plan and platform, what regular people and a fair subset of the punditocracy seem to recall was that awkward bit where the man who likes to fire people told everyone he was going to kill off a large, cuddly, yellow bird. 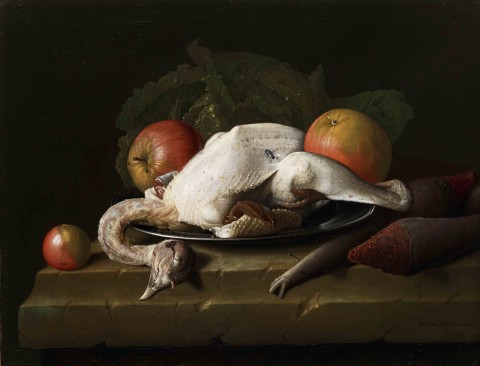 Hence, stuff like this from Mary Elizabeth Williams at Salon:

[D]espite coming out of the evening looking stronger than he has in weeks — Romney made the error of looking like a man who is not on the side of innocence, whimsy, learning or childhood. Nor did he seem to grasp that Big Bird is an integral part of a show that was created for and remains at its core about community and diversity, one that has for decades been an essential tool in helping low-income children prepare for school. Going after Big Bird is like putting down baseball and rainbows and YouTube videos of otter pups. You just don’t.

Also, these metrics caught my eye:

The phrase “Big Bird” was appearing 17,000 times every minute on Twitter. At midnight, CNN reported that mentions of Big Bird on Facebook were up an astronomical 800,000%.  Facebook later said Big Bird was the fourth most-mentioned topic on Facebook during the debate, getting more attention than topics like jobs, taxes, Jim Lehrer and Obamacare.

(Both quotes via the original DKos roundup, btw.)

I remain amazed at the Romney campaign’s ability to spin lead out of gold.  Really: he had a good debate, just about as good as it was possible to imagine, given his own strong performance and President Obama’s seemingly tired and distracted one.  Leave aside for a moment the medium-to-long game of taking apart all the BS that he spewed, which is already putting in play the issues of trust and character that will IMHO flow to the President’s benefit.  The debate itself was clearly the best 90 minutes the Romney folks have had for a very long time.

Yet and yet and yet…Big Bird!

The line had all the sound of a prepared zinger, which, if true, means that someone with access to RomneyBot source code actually thought it was a good idea to personalize their device by cutting the throat of a fictional character beloved by millions.  And if it wasn’t rehearsed, that’s in some ways worse.  It means Romney revealed just a bit of himself, that gay-bashing bully-mean guy character Ann keeps assuring us doesn’t exist.  If offing Big Bird just burbled out of his head and mouth on the spot?  Not a pretty window into the notional soul of a man who would be president.

Either way, of course, I’m grateful. Way to douse the glow of your big night, big fella.

…..persist in performing your blanket hornpipe with that oversize fictive fowl?