You are here: Home / Gun Issues / Gun nuts / GOPsters Fighting The War On Science Have Blood On Their Hands

First, consider this, from Nate Silver:

An American child grows up in a married household in the suburbs. What are the chances that his family keeps a gun in their home?

…the odds vary significantly based on the political identity of the child’s parents. If they identify as Democratic voters, the chances are only about one in four, or 25 percent, that they have a gun in their home. But the chances are more than twice that, almost 60 percent, if they are Republicans.Whether someone owns a gun is a more powerful predictor of a person’s political party than her gender, whether she identifies as gay or lesbian, whether she is Hispanic, whether she lives in the South or a number of other demographic characteristics.

Now take note of this piece by Alex Seitz-Wald, published in Salon back in July.  (h/t Maggie Koerth-Baker at BoingBoing)

Over the past two decades, the NRA has not only been able to stop gun control laws, but even debate on the subject. The Centers for Disease Control funds research into the causes of death in the United States, including firearms — or at least it used to. In 1996, after various studies funded by the agency found that guns can be dangerous, the gun lobby mobilized to punish the agency. First, Republicans tried to eliminate entirely the National Center for Injury Prevention and Control, the bureau responsible for the research. When that failed, Rep. Jay Dickey, a Republican from Arkansas, successfully pushed through an amendment that stripped $2.6 million from the CDC’s budget (the amount it had spent on gun research in the previous year) and outlawed research on gun control with a provision that reads: “None of the funds made available for injury prevention and control at the Centers for Disease Control and Prevention may be used to advocate or promote gun control.”

David Satcher, the then-director of the CDC, wrote an Op-Ed in the Washington Post in November of 1995 warning that the NRA’s “shotgun assault” on the CDC was dangerous both for public health and for our democracy:

“What ought to be of wider concern, is the second argument advanced by the NRA — that firearms research funded by the CDC is so biased against gun ownership that all such funding ought to cease. Here is a prescription for inaction on a major cause of death and disability. Here is a charge that not only casts doubt on the ability of scientists to conduct research involving controversial issues but also raises basic questions about the ability, fundamental to any democracy, to have honest, searching public discussions of such issues.”

But hey, maybe the ban didn’t matter.  After all, it’s not “advocating” gun control to do simple epidemiology.  Right?

Dickey’s clause, which remains in effect today, has had a chilling effect on all scientific research into gun safety, as gun rights advocates view “advocacy” as any research that notices that guns are dangerous. Stephen Teret, who co-directs the Johns Hopkins Center for Gun Policy and Research, told Salon: “They sent a message and the message was heard loud and clear. People [at the CDC], then and now, know that if they start going down that road, their budget is going to be vulnerable. And the way public agencies work, they know how this works and they’re not going to stick their necks out.”

In January, the New York Times reported that the CDC goes so far as to “ask researchers it finances to give it a heads-up anytime they are publishing studies that have anything to do with firearms. The agency, in turn, relays this information to the NRA as a courtesy.”

The anti-science commitment by the GOP is not a mistake.  It’s not a clash of world-views.  It’s not that faith sincerely experienced renders the conclusions of science irrelevant.  Rather, the GOP, at least at the level where power can be wielded, is all about the ability to assert authority regardless of knowledge that contradicts belief. 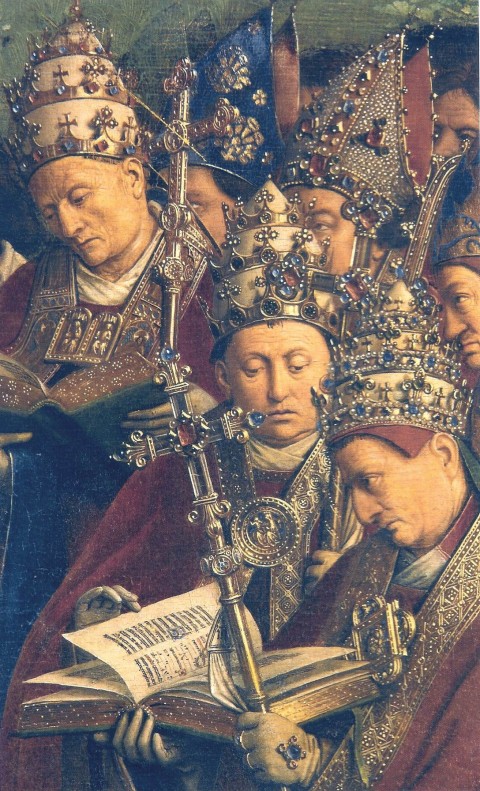 We know how this song goes.  Anti-science is an old strand in human experience.  The determination to block independent assessments of reality you see here is the same thing the Church asserted when it confronted Galileo.    When  Galileo said, as he did in his famous letter to the Medici Grand Duchess Christina,  “I think that in discussions of physical problems we ought to begin not from the authority of scriptural passages, but from sense-experiences and necessary demonstrations…” Galileo, in all piety was making the claim that interpreters of the Bible must accomodate whatever it is that science demonstrates to be true about the world.  At the same time, he knew that the church, or elements within it could not risk acknowledging to the idea of autonomous expertise.*  Hence, Galileo told Christina, his antagonists

…make a shield of their hypocritical zeal for religion. They go about invoking the Bible, which they would have minister to their deceitful purposes. Contrary to the sense of the Bible and the intention of the holy Fathers, if I am not mistaken, they would extend such authorities until even in purely physical matters—where faith is not involved—they would have us altogether abandon reason and the evidence of our senses in favor of some biblical passage, though under the surface meaning of its words this passage may contain a different sense

The Republican Party, taken over by extremists over a decades-long campaign (see the history laid out in the Mark Ames piece Anne Laurie linked to yesterday), has a broad resume when it comes to fighting science to avoid the necessity of confronting the basic facts of real life.  And it is this, to me, that makes the GOP not just wrong about almost everything, but unacceptably dangerous, a political force to be destroyed.

To return to the latest confrontation between the reality of gun violence, and the determination of the GOP not to know what it is inconvenient to understand:  legally enforced ignorance of the implications of the effectively unregulated presence of powerful weaponry throughout the country contributes to events like the Newtown massacre.

To anticipate an objection:  just as you can never tie a specific cigarette to a particular cancer, I cannot say that had we spent more effort really trying to analyze what happens when guns and the accessories that make them yet more deadly are so easily available we would have been able to stop that particular tragedy.  But that doesn’t mean you can’t discover epidemiological truths:  we know that smoking leads directly to an excess burden of cancer deaths among smokers.  You work out the rest…

The only hopeful thing I see is that the latest horrific events have forced more and more people to notice that the gun lobby and the worst wings of the worst political party I’ve ever seen in a half-century of living in America are one and the same.  Right now it’s important to press the case as hard as we can:  gun nuts aren’t defending freedom and long-established constitutional principles.  They’re preserving the profits of gun makers and serving the political ends of the party of the oligarchs.  We have a moment of advvantage in the fight against such forces.  If you take Silver’s argument seriously, the same demographics that propelled Obama to his second term put the gun lobby at risk.

But in the meantime, the suppression of knowledge about the actual human cost of gun ownership — to gun owners as well as the rest of us — is costing lives.  Those Republicans who block the pursuit of knowledge about what our weapons are doing to our country are complicit in the loss of lives by gun violence in the context of our artificially maintained ignorance.

*Which Galileo also knew many of them did not possess, writing, “Possibly because they are disturbed by the known truth of other propositions of mine which differ from those commonly held, and therefore mistrusting their defense so long as they confine themselves to the field of philosophy, these men have resolved to fabricate a shield for their fallacies out of the mantle of pretended religion and the authority of the Bible. These they apply, with little judgment, to the refutation of arguments that they do not understand and have not even listened to.”