You are here: Home / Science & Technology / The Land Of Broken Links

Copyright is broken. Intellectual property in general has become a troll’s playground. Jump to that link to see how easy it is for extortionists to invert every rationale for a patent/copyright regime, transforming the support of innovation into simple theft.

But we knew that.

Still:  the latest outrage to hit my twitter feed gave me real pause.  It’s an example of the ease with which private censorship can manipulate the IP legal regime to disappear uncomfortable speech.  I don’t know how many of you know of the excellent site Retraction Watch, founded and run by Adam Marcus and Ivan Oransky (full disclosure — Ivan’s a friend of mine).

The site monitors the scientific and medical press to identify and discuss withdrawn research papers — its motto is “Tracking retractions as a window into the scientific process.”  The fact of retraction is occasionally a sign of genuine error, but as Ivan and Adam have documented, betting on misconduct is never a foolish option. 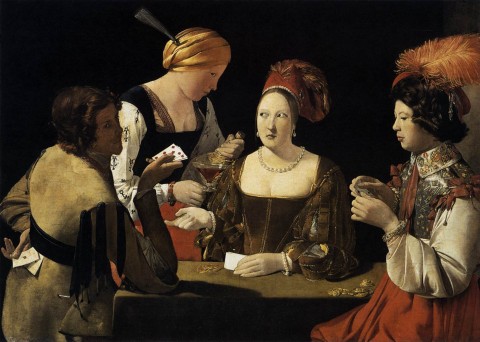 Yesterday Ivan put up a post that differed from the usual fare of discredited research and queries about peer review or the editorial processes involved. Titled “WordPress removes Anil Potti posts from Retraction Watch in error after false DMCA copyright claim”*, the piece documents how an obscure Indian website managed to persuade Word Press to remove ten posts about former Duke University researcher Anil Potti.  As described in an Ars Technica article,

Potti first fell under scrutiny for embellishing his resume, but the investigation quickly expanded as broader questions were raised about his research. As the investigation continued, a number of Potti’s papers ended up being retracted as accusations of falsified data were raised. Eventually, three clinical trials that were started based on Potti’s data were stopped entirely. Although federal investigations of Potti’s conduct are still in progress, he eventually resigned from Duke.

By Ars Technica’s count, Retraction Watch has so far published 22 posts on the Potti case.  Ten of those have now gone missing.  Here’s Ivan:

If you went looking for ten of our posts about Anil Potti today, you would have seen error messages instead. That’s because someone claiming to be from a news site in India alleged we violated their copyright with those ten posts about the former Duke University cancer researcher who has had 19 papers retracted, corrected, or partially retracted.

The claim, as Ivan documents, is bullshit (a term of art, of course, but mine, not deployed by Retraction Watch):

If you click on any of the NewsBulet.In URLs provided in the takedown notice, you will indeed find the text — and images — from ten of our posts about Anil Potti. But as will be abundantly clear to anyone who does so that our text was placed on NewsBulet.In, not the other way around.

In other words, NewsBulet.In is violating our copyright; we are not violating theirs. That’s driven home by the fact that the site did not exist until October 2012, according to a WhoIs search. All but one of the Retraction Watch posts they cite appeared before they even existed.

Retraction Watch is on the case — neither of its two authors fell off a turnip truck recently.  But even if — when — the material gets restored to the site, the chilling power available to those who would use copyright for evil is obvious.  The assertion of bluntly false claims is hassle enough — and if it distorts or simply constrains folks’ ability to cover controversy, then the damage is obvious.

Of course, the problems with copyright (and the patent system) extend far beyond overt nonsense like that which Retraction Watch confronts today.  For a historically grounded insight into our troubles, I highly recommend Lewis Hyde’s Common as Air, in which Hyde examins what our founding fathers actually meant by the intellectual property system they advanced at the birth of the American republic. In the here and now, the problem — or at least one big one — is that it is just too damn easy to disrupt the free exchange of ideas with spurious claims, acts for which there are no consequences sufficient to offer an incentive to play nice.

I have no good idea how to dig out from this mess (though any solution that makes Mickey Mouse cry would be a move in the right direction, I think).  You?

*OK.  I’ll admit that the headline isn’t quite in the “Headless Body Found In Topless Bar” league