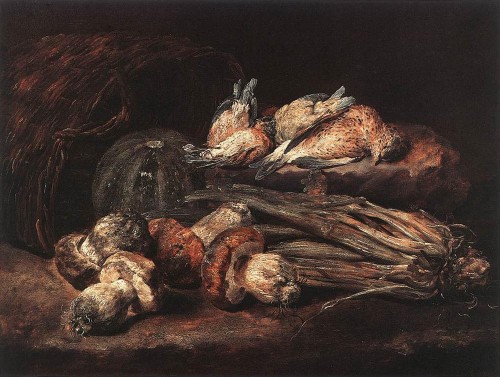 I do love me some birthers – Ted Cruz birthers, that is.

What does that say about the list the authors put before you as “cleared for take off?” Both Jindal and Haley’s parents were Indian citizens and the Indian constitution makes their children citizens of India by BIRTH! See permanent residents are not required to renounce their former citizenship as naturalized citizens are, so the laws of India apply to the children of Indians born in the United States.

Cruz was born in Canada to an American mother and a Cuban father. Cruz is a great man, a true conservative but he is ineligible to be President, because the law of Canada made him a citizen of Canada by BIRTH. His citizenship comes from Title 8 of the United States Code.

Rubio has perhaps the best claim of them all to show that at the time of his birth he only had allegiance for the United States. The 1940 Cuban Constitution which was in effect at the time of his birth states, Those born in foreign territory, of Cuban father or mother, by the sole act of their becoming inhabitants of Cuba (become Cubans by Birth.) Here Rubio would need to perform a positive act to claim Cuban citizenship as he would need to migrate to Cuba and take up residence there. However, the Supreme Court has ruled that a natural born citizen is one born in the United States to citizen parents, and until that is changed by the Supreme Court of the United States Rubio will be on shaky legal ground.

All across the Nutweb they are springing up, like tiny phallic fungi, poking their heads up through the bullshit strewn around them. Watch now, as the slightly less insane representatives of the right, recognising (perhaps) that their party has fruited something unpleasant, poisonous and inconvenient, watch as they try to stomp the tiny little birther mushrooms into mush.

Some question whether the Canada-born freshman senator is eligible for the presidency (hint: he is).

The homepage of the website Birthers.org is currently devoted to making the constitutional case against Cruz’s eligibility. He is lauded for representing his state “with a passion not seen in Texas since the Alamo” and cheered for being “one hell of a Senator,” but Birthers.org’s denizens emphatically conclude that he cannot be president “because the law of Canada made him a citizen of Canada by BIRTH.”

On ObamaReleaseYourRecords.com, alongside the latest news about the president’s fraudulent birth certificate and his close ties to Islam, anonymous authors blast the media for propagating the “myth” that the Constitution permits a Cruz presidency. “What complete madness to suggest someone born in another country is a ‘natural born Citizen’ of the United States and eligible to be POTUS,” one of them argues. “It is complete rubbish and they know it.”

Donald Trump, who in 2011 hounded President Obama to turn over his long-form birth certificate and kept the birther movement in the national news for months, has yet to look into Cruz’s eligibility. “I like him,” Trump tells National Review Online, but says he has “not studied his situation.”

“Obviously, I have everybody calling me wanting my support,” he claims. Nonetheless, he considers Cruz’s case “very different” from the president’s because Cruz “has been very candid and open about his place of birth and his background.”

Can conservatives seriously believe that any of these otherwise qualified American citizens should be barred from running for president? We thought as conservatives we are opposed to assisted suicide. But reading the Constitution in such a strained and absurd way would render us politically dead.

Some people, unfortunately, are maintaining that anyone whose parents were not yet fully naturalized U.S. citizens are ineligible. That’s because, they say, only the children of U.S. citizens can be “natural-born citizens of the United States” under the Constitution’s requirements for being elected president (Art. II, Sec. 1). They say that because of this iron-clad condition, Florida’s Sen. Marco Rubio, and possibly even South Carolina ‘s Gov. Nikki Haley and Louisiana ‘s Gov. Bobby Jindal may all be ineligible to serve as president.

The Fourteenth Amendment says this about being a U.S. citizen: “All persons born or naturalized in the United States, and subject to the jurisdiction thereof, are citizens of the United States and of the State wherein they reside.”

So we think the silly season in presidential politics should be closed down, early. We believe that Cruz, Haley, Jindal, and Rubio are all eligible to serve as president. Now, this is not the same thing as endorsing any one of them. But, it’s a safe bet than any one of these worthies is capable of being a better president than the one we now have.

Greg Conterio at the Western Free Press, whatever the fuck that is… bringin’ out the big guns.

Much of this nonsense is due to the fervent desire of many people on the right to “prove” Obama is not qualified to hold the office of president, and their willingness to twist themselves into knots in pursuit of this belief. The truth of the matter is actually really easy to find if anyone bothers to take a few minutes to do a quick Internet search, and then read what they find.

There are a couple of common arguments cited in support of some of these fanciful definitions of natural born citizen. One such argument is that English Common Law is actually the controlling authority, another is that Section 1 of the 14th Amendment to the constitution somehow does the trick. Not quite.

While it was the source and inspiration for much of the code law in the United States, English Common Law is not any sort of legal controlling authority, and bears no weight whatsoever in determining what is and is not “legal” in the United States. The 14th Amendment was a part of the flurry of legislation following the Civil War and the abolition of slavery, and the purpose of section 1 was to prevent the former slave states from denying citizenship to one-time slaves, and to cut the legs out from under the onerous Dred Scott ruling of 1857. Apart from establishing that EVERYONE born on U.S. soil is a natural born citizen, it does not address with any specificity the meaning or definition of the term.

The constitution, in Article II, section 1 lays-out the qualifications required to serve as President thusly:

The illusion of ambiguity created by this lack of a constitutional definition is what leads to so many crack-pot theories as to what exactly a natural born citizen really is, but in reality the matter is not ambiguous at all. The definition can in fact be found in U.S. Code law, specifically Title 8, Subchapter III, section 1401.

And yet, in the corners, little primordia, little buttons, more little mushrooms, sticking their caps up through the bullshit. Nasty things grow on bullshit.

[Image: Jan Fyt (1611-1661) – Mushrooms – Oil on wood – Musees Royaux des Beaux-Arts, Brussels.] [This post was edited after posting to include the first quote, which is from birthers.org.]
Previous Post: « Open Thread
Next Post: Tom and Daisy haven’t learned a fucking thing »