You are here: Home / Politics / Politicans / David Brooks Giving A Seminar At The Aspen Institute / In BoBo’s World, Pointing Out How Much The GOP Hates Data Is Bad Manners

I don’t even know how to begin with this.

Republican members of the House of Representatives have decided that knowledge of what actually is happening in US society and its economy is just too….

I don’t know what…

Inconvenient?…Unfortunate?…Too…useful?…Too important to the actual act of governing?

That last is the one, I think.  Representative Jeff Duncan, out to make sure that his great state of South Carolina doesn’t lose the lunacy title to its sibling to the north, has introduced a bill that would bar the US Census [PDF] from conducting any surveys or censuses except for the constitutionally-mandated decennial one. 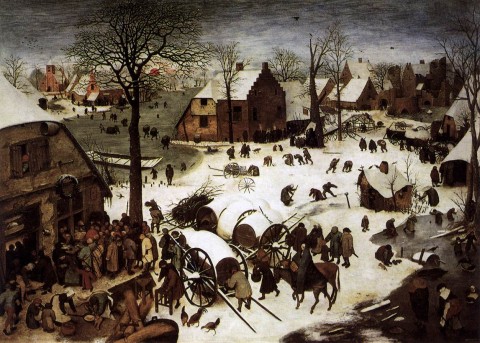 What would that mean?  Over to this report from the Huffington Post:

Such a step that would end the government’s ability to provide reliable estimates of the employment rate. Indeed, the government would not be able to produce any of the major economic indices that move markets every month, said multiple statistics experts, who were aghast at the proposal….

“It’s hard to take this seriously because they’re really saying also they don’t want GDP. They want no facts about what’s going on in the U.S. economy,” said [Maurine] Haver, [founder of business research firm Haver Analytics and a past president of the National Association for Business Economics]. “It’s so fundamental to a free society that we have this kind of information, I can’t fathom where they’re coming from. I really can’t.”

I get Duncan’s reasoning, by the way.  It’s a simple syllogism.  If the data show that tax cuts, or austerity, or universal gun ownership don’t actually solve all economic and social ills, then, who needs data?

Oh, and with a nod to Mr. David Brooks and his paean to disinterested opining:  this is engaged writing.  I got a horse in the race.  I think the Republican party in its present form constitutes a clear and present danger to the Republic.  I believe it needs to go the way of the Whigs, so that we can go about the business of constructing an actual second party to engage the necessary debate our politics requires.

It is in the context of that belief that I certainly pay attention to stories like this one.  This is the anecdata that, as it accumulates, tells you the problem is real; the Republican party is increasingly simply a freak show, divorced from any conception of governance.  But it ain’t my fault — and it is no indictment against this or any other comment like it — that the Republican party continues to advance my argument.

Another thing:  I’d vastly prefer it didn’t.  But the problem isn’t that I don’t — because I can’t — say that the Democrats are just as bad on, say, anti-empiricism, for example, or that the issue of paying attention to what happens in the world is kind of important in modern political and social life.  Rather, it is that in this reality there are consequences when a failed party retains its access to power — and hell, may very well expand its reach.

IOW, pace BoBo, I believe it is my patriotic duty to point in horror at the crater that is all that remains of the Party of Lincoln.

Image: Pieter Breughel the Elder, The Census at Bethlehem, 1566.