You are here: Home / Gun Issues / Gun nuts / Traitors in our Midst

I know John posted on this already, but I was struck again this afternoon by the actual meaning implied by incoming NRA president James Porter’s assertion that Barack Obama is a “fake president.” 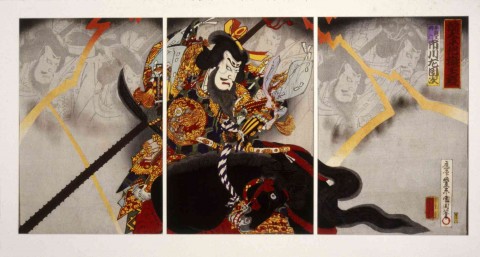 Let’s review.  In 2008 Senator Barack Obama and his running mate Senator Joseph Biden received 69,498,516 votes, accounting for 52.93% of the total ballots cast.  Their principal opponents, Senator John McCain and Governor Sarah Palin (yes, that happened) garnered ten million fewer votes, for a 45.65% of the total.  Obama and Biden took electoral college victories in 28 states, the District of Columbia, and in Nebraska’s second congressional district, to capture a total of 365 electoral votes out of 538 available.

In other words, Barack Hussein Obama, 44th President of the United States, earned and retained his office by every legal measure — handily at that.  There’s a strong case that George W. Bush, “43” was, if not a fake, an illegitimate claimant to that office, losing as he did the popular vote in 2000 while gaining his electoral college victory by a 5-4 decision of the Supreme Court that one at least of those in the majority now regards as an error.

But Obama?  If you accept the idea of small “d” democracy, if you believe that the casting of ballots amounts to an expression of public will, then Obama is as real as it gets.

Which, of course, everyone in eyeshot of this post gets.

So what that’s the corollary to that positive statement?

Easy:  anyone who denies the reality of Obama’s right to his office is telling the majority of the American electorate that their votes are fakes too.  That public decisions don’t count.

That — given that we’re talking NRA here — the armed rump of the American right, among whom are over-represented amongst those who want to refight the Civil War, are the arbiters of who gets to hold power, and damned be to the rest of us.

I don’t know what you all call an armed minority spreading such stuff, but to me?  Well, it ain’t treason until someone actually takes up arms and attempts to enforce that view…but it sure is dancing near that line.

I’m not simply name calling here:  this is dangerous talk. There is a responsibility that lands on the elected leadership of the right to reject such talk, to dismiss it, to banish it from public discourse, because the failure to do so expands what Obama wonkishly termed the permission sphere for anti-democratic behavior — along with increasing the potential for political violence itself.

It may be all fun and games for a Republican party that gets to say “hell, we aren’t shooting anyone, so denying voting rights is OK, right?” But if the elected leadership — looking at you Boehner, McConnell, not to mention the 2016ers — fails to shut this kind of talk down, they will be complicit in the results.