You are here: Home / Politics / Activist Judges! / Obviously, he needs the long-form vault copy “original” of his birth certificate, certified, with the raised seal

Back to North Carolina again, with new developments in the student voter + candidate story:

William Skinner, the panel’s lone Democrat, sharply dissented with the other board members. He argued King had clearly shown ECSU was his permanent residence, supported by his right to vote in local elections. He urged the board to dismiss Gilbert’s challenge. “If you are able to vote, you should be able to run for office, barring any restrictions against you, which we have found none,”

The Elizabeth City State University senior who wants to run for city council is Montravias King: 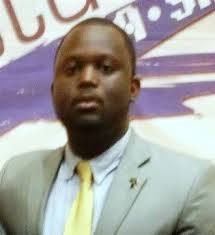 King said he plans to continue to run for office, and considers Gilbert’s challenge part of a broader Republican effort to discourage student voting. “I don’t see this as personal, I see this as an attack on college students across North Carolina,” he said.

The County Board of Elections made the decision to disqualify Mr. King first as a voter and then as a candidate based on residency. Mr. King has now appealed that decision to the state board of elections:

Ms, Kim Strach
Executive Director, State Board of Elections
Mr. Don Wright
Counsel for State Board of Elections
Dear Ms. Strach and Mr. Wright:
Please find enclosed the appeal by Mr. Montravias King from the August 20th order of the Pasquotank County Board of Elections disqualifying Mr. King as a candidate based on residency. From my telephone conversation with Mr. Wright, it is my understanding that the Pasquotank County Board has been directed to not print ballots for the October election until the State Board decides the merits of this appeal. If my understanding is incorrect or the status of Pasquotank’s ballot printing changes, please let me know immediately so I can file a motion to stay the Pasquotank’s Board’s order pending these proceedings.

Candidate Montravias King is a rising senior at Elizabeth City State University who has resided on campus since the fall of2009 and who has been an active member of the college community. Ruling on a challenge to Mr. King’s candidacy based on residency, the Board held that a dormitory address could not be considered a permanent address. Combining the Board’s conclusions of law, the Board’s ruling can be summarized as “We do not know where Mr. King resides because he cannot claim to reside here.” The Board’s conclusions oflaw are illogical. Under their conclusions, any student who abandons their former home and goes to a dormitory would be completely barred from establishing domicile anywhere. The Board’s conclusions of law classifying dormitories as insufficient addresses for voting purposes would effectively disenfranchise every student who attempts to register at his or her college dormitory address, in clear violation of United States Supreme Court precedent and holdings of the North Carolina Supreme Court.

Evidence presented at the August 13th hearing showed that Mr. King established 1704 Weeksville Road as his permanent address by:
• Registering to vote at that address in 2009 and voting in subsequent elections
• Attending classes every semester and during summer school at that address
• Using that address for the place where he does his banking
• Using that address for medical records
• Obtaining employment in Elizabeth City and using that address with his employer
• Changing his driver’s license to that address
• Removing treasured possessions such as photos and mementos from his parents’s home and keeping them with him in Elizabeth City
• Actively engaging in community life by serving as President of the ECSU Chapter of the NAACP
• Testifying that he intends to stay in the Fourth Ward after graduation