The good folks at the Marion Animal Resource Connection send forward this email:

> John, I am so sorry we have not sent you as promised our weekly diary. We started sort of writing it down each day but soon got side tracked w/ all the activity and completely forgot. Here below is most of what has been going on for the past probably 3 weeks:

MARC continues to stay very busy. During the last three weeks we have helped many animals and people.

The ASPCA grant for TNR in the town of South Pittsburg has resumed after the town was devastated recently by a flash flood. This past week we trapped 11 feral cats, transported them to the clinic 45 min away in Chattanooga and returned them to their colonies in the afternoon after they recovered.

This past week seventeen dogs and cats loaded into Wally’s Friend’s van to be transported to Chattanooga to their low cost spay/neuter clinic. MARC refers people to Wally’s and some animals are sponsored by MARC. This time MARC paid for three dogs. The van comes once a month.

Ten puppies were rescued, fostered for six weeks being quarantined, vetted and sent to North Shore Animal League to be placed for adoption.

A litter of eight puppies was taken in by MARC and being fostered locally.

Four puppies were taken from a mother living on a chain. Of the litter of eleven, seven puppies had died by being tangled up and dragged around by the chain. The mother and pups are being treated for ringworm. The mother is getting spayed on August 27th. MARC will be working to improve mom’s situation because the family would not surrender mom.

Ten Finches and four Parakeets were rescued by one of our MARC volunteers while we were at this home. Conditions were very unsanitary.

One female Pit Bull was rescued from one of the pounds. Sadie f/k/a Gracie is a very sweet girl, is now in a foster home, spayed and vetted. She is ready to find a forever home but we have very few contacts to find good homes for Pits.

One small middle aged male Poodle was pulled from the other small pound. Rusty, now groomed and neutered has found a foster home and is looking for his furever family. Also from that same pound we rescued an Anatolian Shepherd/Great Pyrenees mix young male, Andre who had a very large open wound on top of his head. We first thought it was from a gun shot but we now think it was from a deer hoof. We are treating the wound and it is healing nicely. Andre is heart worm positive and undergoing treatment which will cost approximately $700.00. We hope to raise the money to cover his treatment. He will then be neutered and be ready for adoption.

Two Collie Mixes will be pulled from one of the two very small inadequate pounds on Monday 26th.

MARC (meaning April) will be transporting animals to Dixie Day Spay on the 27th. April picks up and drives approx.15 – 17 animals to Cleveland, TN – approx. 1 ½ hrs away to the next closest low cost S/N Clinic, waits all day until they are finished and then brings them all back and distributes them to their people. It is at least a 12 – 14 hrs day. The low cost clinics are so full that we cannot readily get appointments for all the animals we have so we have to drive some distances to get in wherever we can.

MARC received two calls about dogs living without a dog house, chained to a tree in the rain. April made two trips out to educate family, provide a dog house and a bag of food.

Tractor Supply Pet Appreciation Day last Sat. was a good exposure for MARC to the public. We took Snoopy, Beagle/Dachshund mix from one of the pounds to look for a foster home. No adoption or foster so he had to go back to the pound. MARC made lots of good contacts with people and gave out information to help people get their animals altered at low cost.

We found a foster home for Snoopy and started the vetting process. Unfortunately a visitor to the home left a gate open and Snoopy ran into the road and go hit. He went to North Jackson Animal Clinic in Stevenson, AL, got X-rays to determine he suffered fractures of his tibia and fibula. He will have surgery on Monday 8/26/13. It will cost $700-800.00. We need to raise funds for this surgery. Here is Snoopy. He is a great dog. About 10 mos old. 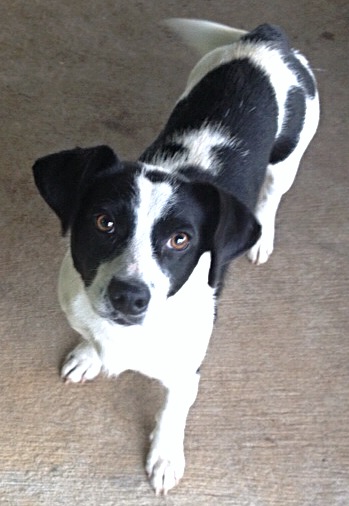 Three kittens were taken in and placed in a foster home. They will be altered and put up for adoption. MARC is now placing kittens at PETCO for adoption.

Previous Post: « Turn on, tune in, drop out
Next Post: Open Thread: Women to the Economic Rescue? »