Despite its many flaws,The New York Times is an indispensible institution right now, producing more and better actual journalism than any other major American media outlet. Setting aside the low-bar-snark, though, its ongoing willingness to offer David Brooks a platform is a running chancre that infects every hard-won story from the real reporters whose beat has the ill-fortune to attract BoBo’s fancy that day.

That’s true even when he arrives at something of a defensible argument, because to get there, he pays his way in counterfeit intellectual coin. 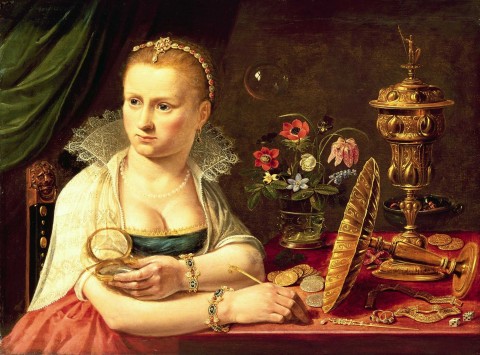 See, for example, today’s dog’s breakfast of an attempt to go all big-think-wise-man on “the biggest threat to world peace right now.”

That would be his attempt to frame the situation on the ground now in Syria as an example of the great war of Sunni versus Shiite.  As he works his way through to a (to me) surprisingly modest end, Brooks displays several of the tropes that make his work such an embarrassment to anyone who actually cares about either journalism or honorable argument.

Let’s go to the videotape.**

First up, there’s an old Brooks standby:  useful innumeracy in support of a claim intended to raise stakes beyond the facts on the ground:

As the death toll in Syria rises to Rwanda-like proportions…

What’s going on in Syria is awful. Horrible. Wretched. Vicious.  Supply your own adjectives.

That doesn’t mean it is comparable to what occurred in Rwanda.  In the genocide there, between 500,000 and a million Rwandan civilians  were slaughtered, accounting for up to 10% of the population as a whole. The best current estimates of the toll of the Syrian civil war place the number of dead at a still-horrific 100,000 or so — less than 0.5% of Syria’s approximately 22 million inhabitants.

In raw numbers and — to focus on Brooks own term — as a proportion of the affected population, the two disasters are not equivalent. 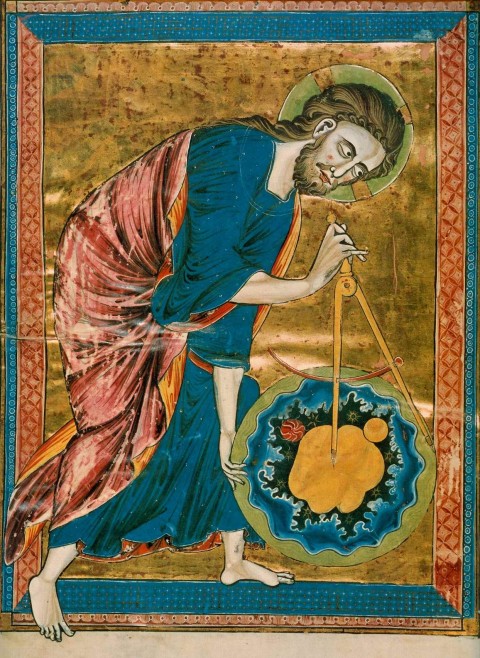 I’m not suggesting, of course, that Syria is anything less than an utter humanitarian disaster and tragedy.  But holding on to the problem of Brooks here, look at what his rhetoric is doing:  calling something a genocide or its equivalent raises the moral and international-legal stakes for action by a lot.  Such claims need to be earned, not (as so often with this source) simply and wrongly asserted.

Onwards.  Brooks has a long-standing difficulty untangling cause and correlation, not to mention his long dance with the dread might/must fallacy:

Meanwhile, the strife appears to be spreading. Sunni-Shiite violence in Iraq is spiking upward. Reports in The Times and elsewhere have said that many Iraqis fear their country is sliding back to the worst of the chaos experienced in the last decade. Even Turkey, Pakistan, Bahrain and Kuwait could be infected.

Some of the difficulty here isn’t simply a failure of causal argument.  Brooks is perfectly capable of making sh*t up.  Despite his claim that the current battles in Syria are causing violence in Iraq, Sunni-Shiite conflict is, as most of us with a functioning nervous system may recall, hardly a recent phenomenon. Consider just this cursory timeline, courtesy of the BBC:

2011 April – Army raids camp of Iranian exiles, killing 34. Government says it will shut Camp Ashraf, home to thousands of members of the People’s Mujahedeen of Iran.

2011 August – Violence escalates, with more than 40 apparently co-ordinated nationwide attacks in one day.

2012 – Bomb and gun attacks target Shia areas throughout the year, sparking fears of a new sectarian conflict. Nearly 200 people are killed in January, more than 160 in June, 113 in a single day in July, more than 70 people in August, about 62 in attacks nationwide in September, and at least 35 before and during the Shia mourning month of Muharram in November.

Nearly 200 people are killed in bombings targeting Shia Muslims in the immediate wake of the US withdrawal….

And so on.  But Brooks isn’t merely wrong as a matter of fact.  Rather, these facts point to the deeper problem, one that has crippled his (and many others’) arguments for American action in far off places.  That is:  the suggestion that Syrian events are driving Iraqi conflict includes a crucial unstated assumption:  that Iraq’s own problems, fractures, circumstances and history are irrelevant.

You get this a lot amongst grand strategy or Great Game thumb-suckers.  Countries, movements, peoples, funny-looking or sounding foreigners are all objects, not agents, mere counters in the game.  Except, of course, as we found out the hard way from 2003 onwards, they’re not. They’ve got their own stories and they stick to them, by gum. Does an increase in conflict, a decrease in stability within a region matter to countries nearby?  Sure.  But other things matter more.  Otherwise, El Paso’s murder rate during the last years of last decade might look a lot more like Ciudad Juarez’s than it does, if you catch my drift. (Happy to report, BTW, that the news there is getting a bit better.)

And there’s more! File this next one in the “fighting the last war” category:

It is pretty clear that the recent American strategy of light-footprint withdrawal and nation-building at home has not helped matters. The United States could have left more troops in Iraq and tamped down violence there. We could have intervened in Syria back when there was still something to be done and some reasonable opposition to mold.

I’m not actually sure what the hell Brooks means in the first sentence above.  We left Iraq under treaty, at the insistence of the Iraqi government.  Is Brooks really saying we should have maintained a force under those circumstances?  If so, he should make that clear, and then suggest some way that could be done…and then tell us how 100,000 or so (post-surge levels) US troops could actually police the kind of violence Iraq has seen in recent months and years.

Or to put it another way: this is pure REMF bullshit; thereoughtabealaw material:  Brooks only gets to say we need more armed Americans in conflict zones if he’s willing to embed with a tooth unit for a full year.

And as for that “nation-building at home” line — WTF?  Really — what does he mean?  Or rather, please, sign me up.  Get us a Nancy Pelosi speakership so that we could actually pass a jobs or infrastructure bill.  Then we’ll talk.

And last:  about that “we could have intervened in Syria back when…” Tell me, Mr. Brooks, what in detail you think we should have done.  “Intervene” is such a usefully vague word.

Hell, don’t.  Let’s read the chicken entrails you’ve left for us in this column.  To me, the most revealing note in the whole piece is that phrase “reasonable opposition to mold.”

That sense of a plastic organization ready for whatever the U.S.’s child-like hands chooses to pinch or fold recalls nothing so much as Chalabi worship, the delusion that actors in a place about which we know little are dolls for us to dress-up and move and pour pretend tea for as we choose.

Never mind that they actually are the heirs and current proprietors of their ownlong history of faction and party and ideology and interest of which Mr. Brooks (and me, to be sure) have asymptotically close to zero grasp.  Does he think that American blood or just American artillery would have persuaded anyone involved not to fight their own corner?  Didn’t happen in Iraq, where US intervention brought out into the open long-(violently)-suppressed sectional conflict.  Flash forward to the harsh tyranny of now, and still Brooks offers not one shred of evidence or argument to suggest that we had a better grasp of internal Syrian tensions this time around.

Astonishingly (to me) — and in all fairness, to be lodged on the credit side of his ledger — Brooks does land at a more or less reasonable conclusion.  Echoing his colleague Nick Kristof, he endorses a strike against the Syrian government in support of what both columnists call the norm that prohibits the use of chemical weapons.  (More on that later, perhaps.)  But then he suggests something resembling restraint:

[There are] at least three approaches on the table. The first is containment: trying to keep each nation’s civil strife contained within its own borders. The second is reconciliation: looking for diplomatic opportunities to bring the Sunni axis, led by the Saudis, toward some rapprochement with the Shiite axis, led by Iran. So far, there have been few diplomatic opportunities to do this.

Finally, there is neutrality: the nations in the Sunni axis are continually asking the United States to simply throw in with them, to use the C.I.A. and other American capacities to help the Sunnis beat back their rivals. The administration has decided that taking sides so completely is not an effective long-term option.

Brooks even concedes the crucial uncertainty:

…at this point, it’s not clear whether American and other outside interference would help squash hatreds or inflame them.

Given that, he concludes:

Poison gas in Syria is horrendous, but the real inferno is regional. When you look at all the policy options for dealing with the Syria situation, they are all terrible or too late. The job now is to try to wall off the situation to prevent something just as bad but much more sprawling.

I’ll take it anytime an Iraq cheerleader reins in his or her lust for another great adventure for someone else’s kids.  Really.  So I’ll pull back on my own bridle and note only that the claim that we are on the verge of a great Sunni-Shiite apocalypse is a conclusion assumed in advance.

Once again, the idea that the Syrian conflict might be, well, actually and in important ways distinctly Syrian is never actually entertained.  The fact that the strife now in Egypt has nothing to do with sect-based religious rivalry and a great deal to do with very specific and long-standing fissures in Egypt’s society and polity never seems to enter Brooks spotless mind.  And so on.

Which is to say that a glass-half-full kind of person might say well, at least our Bobo is learning.  As for me, I’m no such Pollyanna: even when Brooks, blind pigging and all that, does reach a point that isn’t crazy, the way he gets there remains a problem.  I guess it is the incuriousness that gets me the most.  There’s a lot of sunshine in his spotless mind.

And as for the Times?  They’ve made their bargain:  Brooks’ celebrity is secure now; he gets clicks and he gets tons of exposure, both gold in this transitional media moment.  He’s a smooth — I’d say glib, but YMMV – writer, to be sure, but he’s a genuinely crappy thinker.  And that’s not going away.  Still, even if his work does or ought to bring a flush of shame to those  in the building who do put their minds (and sometimes their bodies too) out into the fray is something the powers that be in Timesland seem willing to worry about another day.  The tricky thing is that places are only indispensable until they’re not, and it’s after the rubble settles that those long-ago first cracks reveal themselves as warnings unheeded.

*Where n is an arbitrarily large number

Previous Post: « “They don’t have economics degrees. They’ve not been in business.”
Next Post: Why is Ken Cuccinelli losing white voters »