You are here: Home / Balloon Juice / Events / For A Good Time On The Intertubes: The Unreasonable Effectiveness of Mathematics*

It’s that time of the month again.

This afternoon at 5 ET I’ll be doing my internet science radio gig as one of three hosts on Virtually Speaking Science.  The others, btw, are Alan Boyle and Jennifer Ouellette.

My guest will by my MIT colleague Allan Adams.  Allan is a physicist — a string theorist, AKA someone who works on problems that have been famously twitted as having no rea world test or validation. 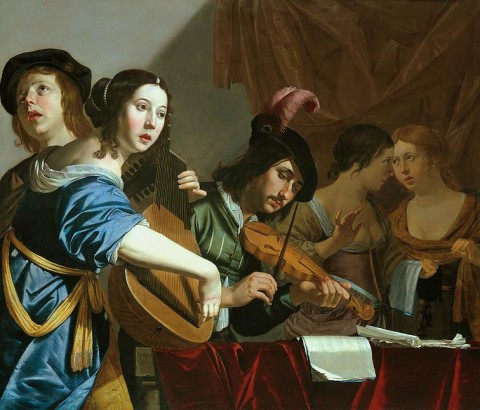 That’s a misleading claim on a bunch of levels, some of which are implicated in some recent work Allan and several colleagues have done.  The latest, reported in a paper in Science last summer, uses math derived from string theory that’s been applied to the study of black hole dynamics to investigate what happens as a superfluid — a frictionless fluid whose behavior is described by quantum mechanics — displays turbulence.

That’s a mouthful, to be sure.  Here’s the nub:  a mathematical description of one kind of physical system — a black hole — turns out to explicate the behavior of a very different one, that, as it happens, can be produced, observed and analyzed right here at home.

This is an instance of the most …

…miraculous is the wrong word for it, so perhaps better, astonishing fact about modern science:  it really, really works, and it does so through a path that mathematics opens up.  We can make sense of our surroundings because of what seems to be an invention of the human mind, a system of logic rigorously expressed that can describe and evolve the relations between ideas, concepts and things in the world.  But here’s the weird bit:   that tool, that invention of thousands of years of human culture, does so across every more disparate, ever more encompassing domains — from the lab bench to a collapsed star, for example.  Mathematics as a creation of fallible humans seems to be in some sense an intrinsic property of the universe, which is a much more banal statement than it appears, in one sense, since what it really says is that  mathematical accounts do what people were trying to do with the stuff:  find ways to construct   arguments in forms that can be checked for accuracy and internal consistency that satisfactorily describe, say, the flight of a cannonball or the path of a planet.

So Allan and I are going to talk about all that:  his recent work as an example of the unreasonable effectiveness of mathematics; about how physicists actually use math — what kind of thinking actually goes into doing this kind of work;  and about why string theory, for any paucity of new prediction or unique evidence in its favor is still such a fertile field of inquiry — and what that fact tells you about how science actually advances.

Heady stuff, I know, but I, with my physics degree from the school of having things fall on my head, will keep the conversation working as a way to see into what (a) physicist does.  Allan, you’ll find, is great value, that most fortunate of human who finds nothing but joy in the work he does. That’ll come through — the great pleasure of my work is to get to spend time with people who know cool stuff, find out more, and can’t stop talking about it. That’s what you’ll get in just a little while.

Tune in if you have a chance, or stop by the Second Life live studio experience, or catch it later as  a podcast.

*The phrase “The unreasonable effectiveness of mathematics” was the title of an essay by Nobel laureate physicist Eugene Wigner.  Highly recommended.  It’s concluding thought:

The miracle of the appropriateness of the language of mathematics for the formulation of the laws of physics is a wonderful gift which we neither understand nor deserve. We should be grateful for it and hope that it will remain valid in future research and that it will extend, for better or for worse, to our pleasure, even though perhaps also to our bafflement, to wide branches of learning.