You are here: Home / Politics / Domestic Politics / I may have to go and help her with GOTV

This is a plea from Michigan – from valued commenter HillaryRettig:

Greetings from southwest Michigan, where the landscape is flat, the people are darned nice, and the football teams and the beer kick ass. (Plus, we just got an Alamo Drafthouse – yeah, us!)
Plus, we progressives have a GREAT candidate, Paul Clements, who’s got a real shot at winning our 6th district House seat next year, unseating the noxious Republican incumbent Fred Upton.
Like many other Repubs, Upton is a former moderate who’s recently swung hard right due to Tea Party Terror Syndrome(tm). You can judge him by his friends/donors, who include all the wrong people: Koch Industries, Halliburton, the Petroleum Marketers Association, and Altria Group (formerly Philip Morris).They love him because of his apparent willingness to do whatever foul thing they ask, be it deny climate change, severely restrict pretty much every non-rich person’s access to health care and preventative medicine, or undermine the Clean Air Act.

You can also judge Upton by his enemies, who include a vast array of unions, women’s groups, human rights groups, and environmental groups. He got “0” ratings from: CWE, AFSME, AAUW, NARAL, Middleclass.org, Alliance for Retired Americans, and Human Rights Campaign; and near-zero or failing ratings from the NEA, National Nurses United, NAACP, and the League of Environmental Voters, among many others. Upton is so, so very bad on environmental issues that the LA Times actually crowned him, “the #1 Enemy of the Planet Earth” in Congress.

Upton’s enemies also include lots of ordinary Michiganders, who are pissed because, despite his assiduous selling out, his record on bringing jobs home is dismal.
One more thing you should know is that Upton’s vulnerable. Paul’s team has run the numbers, and in a conservative-leaning district that nevertheless went decisively for Obama in 2008, this race is definitely winnable. And the Wingnuts are kindly helping us out by giving Upton a battle on his right flank.
The very worst thing about Upton is that he’s chair of the House’s powerful Energy and Commerce Committee—Henry Waxman’s old committee! As such, he’s had the opportunity to do real harm–and will continue to do harm until we get rid of him.

*Here he is, looking pretty smug and safe in that chair! Also: what’s wrong with his eye? Is that a wink? 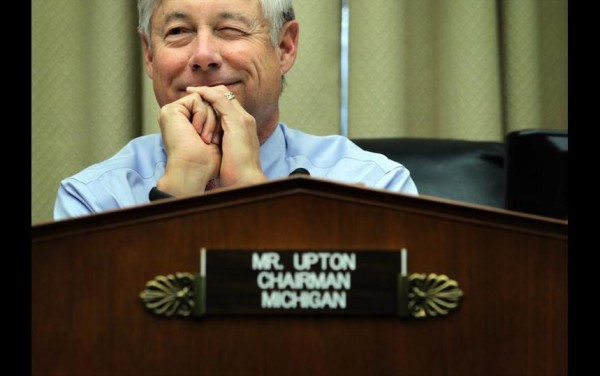 As a child of privilege—Upton is an heir to the Whirlpool appliance fortune—who went almost directly into politics after college, and who now spends nearly all his time promoting the interests of corrupt corporations, Fred Upton embodies everything that’s wrong with the system.
Fortunately, Michigan’s got a GREAT alternative in Paul Clements. Think of him as the Luke Skywalker to Upton’s Emperor Palpatine.

* no winking at wealthy donors going on here: 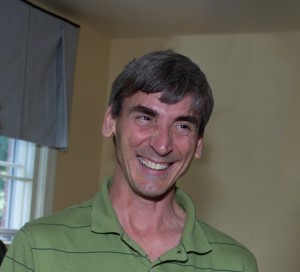 Now, as an economist and professor of political science at Western Michigan University, Paul’s research specialty is—get this!—evaluating the effectiveness of social programs. In other words, he’s an expert on effectiveness and accountability—two elements sorely lacking in our current Congress.
Of course, Paul is also a super nice guy and a great progressive, who will advocate for all the right things. He recently brought environmental activist Bill McKibben to speak at WMU.
So, c’mon, Juicers: jedi up and donate to Paul’s campaign! Think how good it’s going to feel, next November, when we send “Emperor” Upton packing, and replace him with someone who cares both about people and good governance.
CONTRIBUTE TO PAUL’S CAMPAIGN HERE
Shout Out to Howie Klein at DownWithTyranny, who has also done a terrific job documenting Upton’s many malevolences.

I admire what she’s doing here because it is difficult to remove an incumbent (but so much fun to win!) so help her (and all of us) out if you can.