You are here: Home / Open Threads / Excellent Links / Long Read: “60 Words And A War Without End” 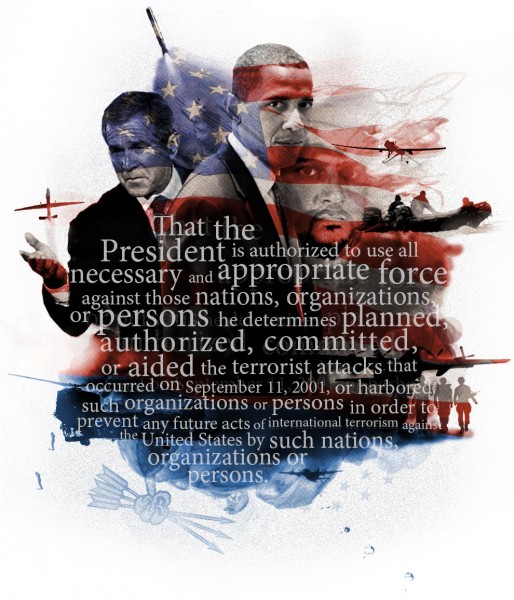 Gregory D. Johnsen, in Buzzfeed, on “The Untold Story Of The Most Dangerous Sentence In U.S. History”:

… At the heart of the AUMF is a single 60-word sentence, which has formed the legal foundation for nearly every counterterrorism operation the U.S. has conducted since Sept. 11, from Guantanamo Bay and drone strikes to secret renditions and SEAL raids. Everything rests on those 60 words.

Unbound by time and unlimited by geography, the sentence has been stretched and expanded over the past decade, sprouting new meanings and interpretations as two successive administrations have each attempted to keep pace with an evolving threat while simultaneously maintaining the security of the homeland. In the process, what was initially thought to authorize force against al-Qaeda and the Taliban in Afghanistan has now been used to justify operations in several countries across multiple continents and, at least theoretically, could allow the president — any president — to strike anywhere at anytime. What was written in a few days of fear has now come to govern years of action.

Culled from interviews with former and current members of Congress, as well as staffers and attorneys who served in both the Bush and the Obama administrations, this is the story of how those 60 words came to be, the lone objector to their implementation, and their continuing power in the world today. The story, like most modern ones of America at war, begins in the shadow of 9/11 with a lawyer and Word document…

When I contacted the Pentagon to get an answer, a spokeswoman emailed back: “The list is classified and not for public release.”…